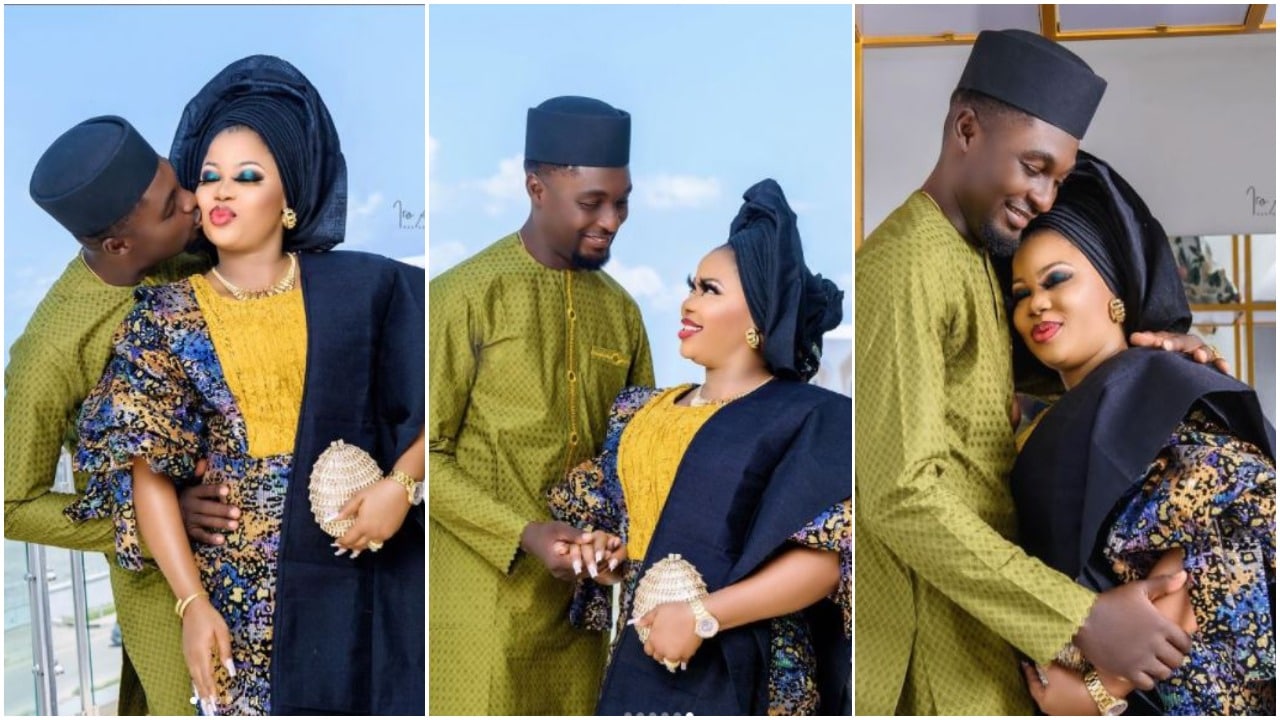 Nollywood actor and producer Adeniyi Johnson has broken silence on a post shared online by a controversial blogger threatening to unveil his wife’s secrets.

The blogger shared Seyi Edun’s photo on her page using her signature style to announce that a big secret is about to be disclosed.

Reacting to this update, Adeniyi Johnson took to his Instagram page to share a video of himself addressing the photo of his wife that has gone viral on the internet.

The actor condemned those who tagged and messaged him about the post, stating they are all looking for his marital downfall, which will never happen.

Adeniyi Johnson urged his haters to concentrate on their life rather than trying to interfere in other people’s affairs.

News recalls that Adeniyi Jonshon shocked many by publicly apologizing to his wife, Seyi Edun, on social media.

Although the actor the not disclose the worrying issue between them, he only stated that he was sorry to disappoint his wife and family.

He said, “Goodmorning everyone. Alot of people have called and told me not to put my mouth in what is going on online. I am sorry to disappoint alot of my people, my friends and family that I am doing this especially my wife. I apologize for coming online to do this but I have to do this. I have to interfere because it is in my hands that the solution is”.