VIDEO: Cubana Chief Priest Brags As He Features In First Nollywood Movie, Says No Producer Can Pay Him 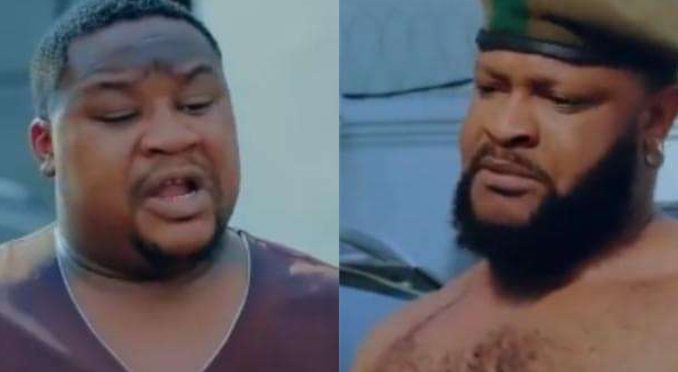 Taking to his verified Instagram page, the club owner shared a snippet of the drama he starred in alongside an interesting caption that virtually says it all.

He boasted about being a good actor but currently faces the problem of payment as no producer in Nigeria will be able to buy his service.

“@diamondokechi22 Don Carry Me Go Hollywood Forget, I Dey Act Oh, The Problem Be Say No Producer Fit Pay Me For Nollywood So Na Hollywood Be This One. Full Video Dey My Guy @diamondokechi22 YouTube. Na True Life Story Be This

Check out the thriller of the video below…

NB reported hours ago that Yomi Fabiyi had reacted to his babymama, Grace Jimoh’s allegations.

NB reported Grace Jimoh had resumed dragging him on social media as she exposed the inhumane thing he did to her.

In another post, Grace had revealed that she was suffering from depression.

Grace slammed the actor for not caring about her mental health. Read more here.

According to him, choosing between evil, wickedness, violence, blackmail or peace, love, respect, and humility has nothing.

Yomi added that he gave Grace all the respect, dignity and care any woman carrying ones child should get, yet she chose to criminally defamed him that he beat her to stupor that led to force labour.

This is me showing utmost support and angelic care in the LABOUR ROOM as expected in a saner cline. Can every honest mother or medical inclined say for sure that the person here in gradual labour look like she was beaten TO STUPOR few hours or days before this mo…CONTINUE READING…