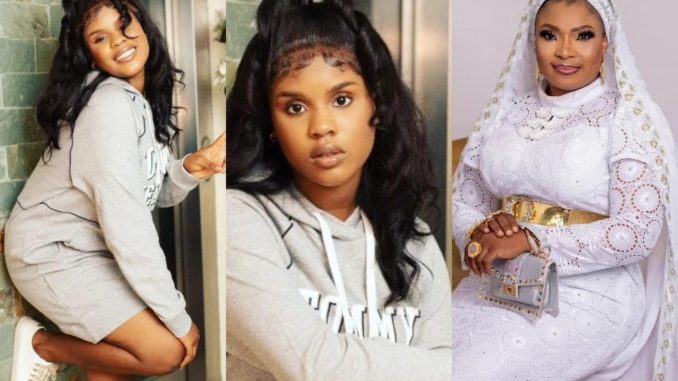 Naijabulletin news reported in July that Simi, the teenage daughter of actress Laide Bakare who made headlines after purchasing a brand new Benz worth millions of naira for her younger brother’s 9th birthday, had stormed Nigeria to celebrate the big Sallah celebration with her family.

Proudly announcing her arrival on her Instagram pages, Laide Bakare shared photos of Simi on Instagram with a caption that reads:

My BOSS is home for sallah @simlineboss love you girl Thanks so much for your patronage… To all my fans worldwide truly appreciate…SHOP at your own convenience from anywhere all over the world.
FEW days to ILEYA/Sallah FESTIVAL”.

Since her return, Simi has been making several business moves, with the latest being her debut in Nollywood.

The 13 year old daughter of the actress is set to follow her mother’s footsteps.

Sharing a video of Simi on a movie set, Laide Bakare expressed her joy at seeing her daughter star in a movie.

According to Laide, it is so fulfilling directing her boss.

Describing her as a drama queen, Laide Bakare revealed that she and her daughter are set to take over Canada for the movie premiere.

“Just because you are a drama queen decided to cast you in #kishiiandkiyee the masterpiece by the master herself, so fulfilling director my Boss @simlineboss on this set, can’t wait to share with you soon. Premiering for the first time in CANADA on the 10th of September 2022 CANADA get ready”.

News recalls that all hell was let loose on social media when Laide Bakare claimed that her 13-year-old daughter, Simi gifted her 9-year-old brother a car on his birthday.

The actress’s son clocked 9 on Tuesday, May 31st and his elder sister went all out for him.

The highlight of it all was when the young lad was presented with a Benz which was a gift from his sister.

Laide Bakare shared the good news on her Instagram page with the caption, “Money truly stops nonsense my forthcoming book launch is gonna surely impact your life positively (how to make billions in 6 months) can’t wait to share with u. Simi is just 13, she just gifted her brother A Benz”.

Proving that her daughter can afford such luxury whip, Laide Bakare revealed her multi-millionaire business.

Laide Bakare stated that her daughter is the Boss of Slimline Properties.

She wrote, “I am the one and only Olaide Bakare CEO Slimline Properties and my 13yr old Similoluwa Olatokunbo is my boss. Come to my DM let talk about money-making ventures. And I’m sure your life is gonna change for good. I love you. Jummah Mubarak my lovers”. 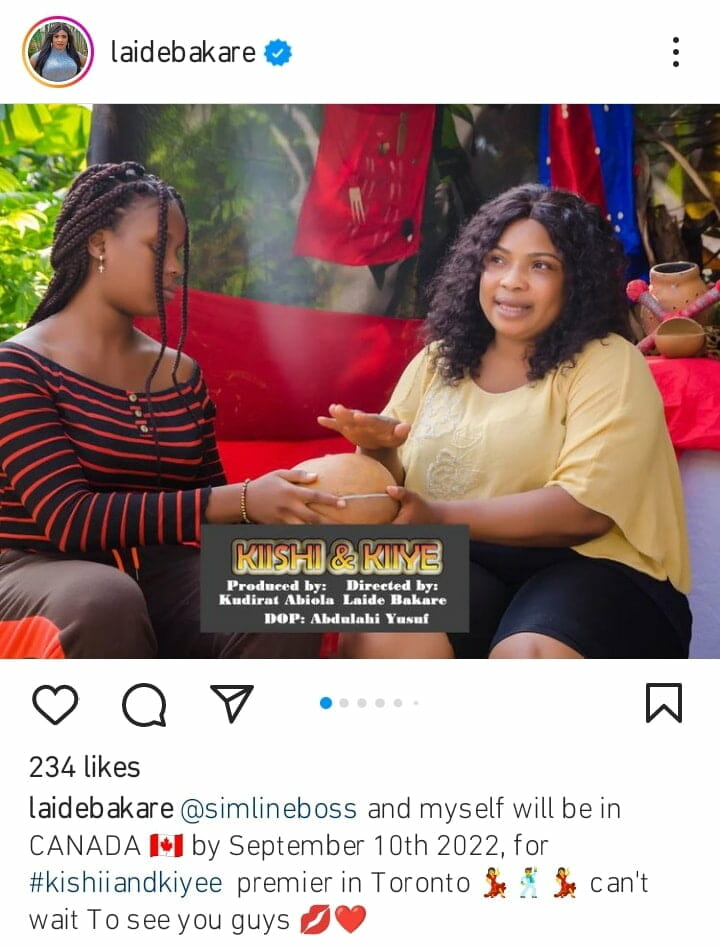