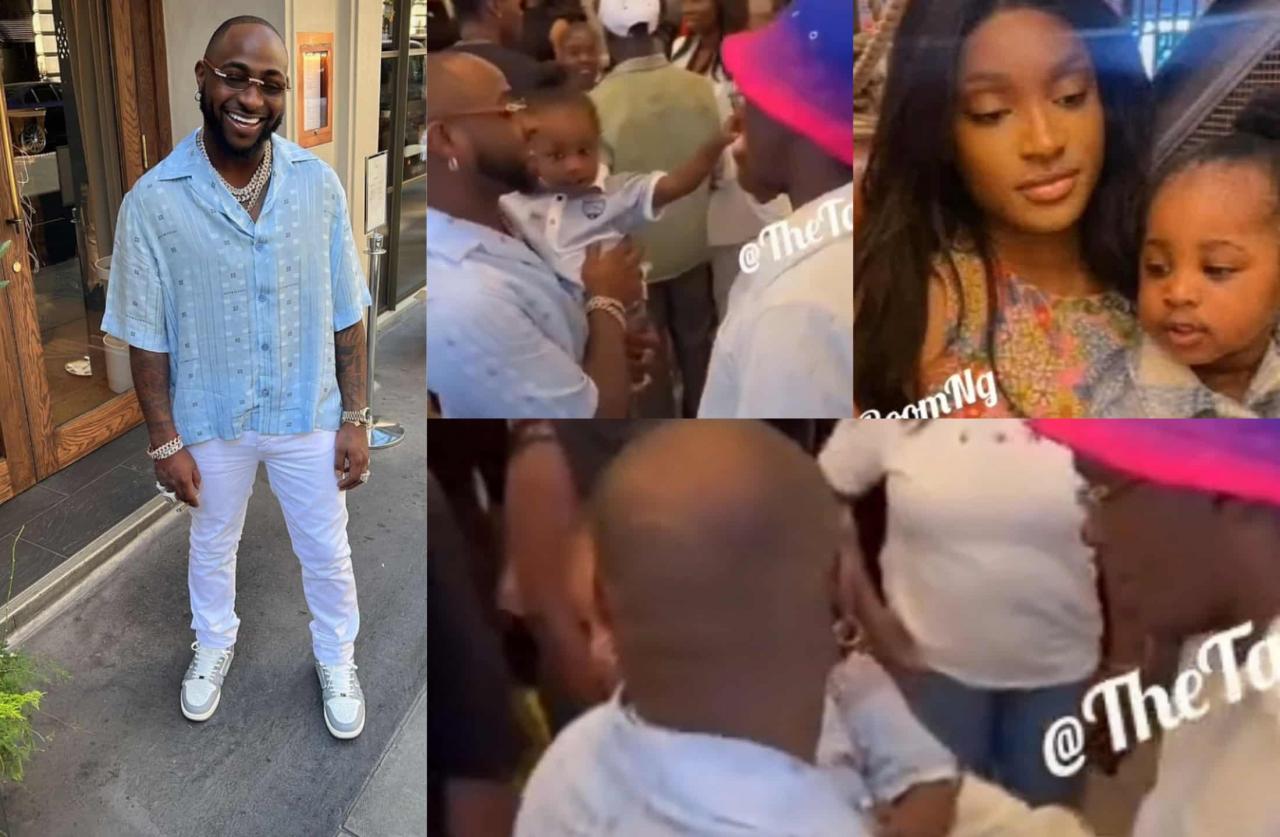 Award-winning Nigerian singer, Davido has for the first time acknowledged his fourth child, Dawson, whom he shares with London make-up artist Larissa London. 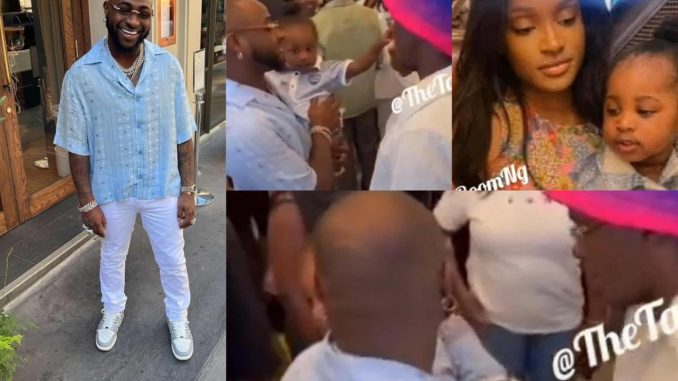 NB reported in 2020 that Davido had welcomed a baby boy with a fourth baby mama.

According to the viral reports, the London-based makeup artist Larissa welcomed her child in March and Davido was responsible for it.

“She gave birth to a Baby boy since March. Her name is Larissa, a makeup artist based in London” a source said.

According to Glam Squad Magazine, a DNA test was carried out, and the result was 100% positive.

“A DNA test was undertaken in the United Kingdom to determine whether the singing sensation is Dawson’s biological father, and the results were affirmative.

“DNA test was conducted last month and it came out 100% positive. Davido is Dawson’s biological father.” A source close to the family revealed to Glam Squad Magazine.

In the newest update, Davido stepped out in style with his second son as he attended Celebrity pastor Tobi Adegboyega’s church service and his lawyer, Bobo Ajudua’s son’s birthday party in London.

A video making rounds on the internet showed the singer carrying his fourth child as he greeted guests, and the pastor.

Larissa, who had revealed that she was her only son’s parent, took to her Instagram story to share a powerful message.

According to her, God is the best father anyone can have.

“God is the best Father anyone can have”.

Her post came days after she asserted that she was the only parent of her son.

The mother of one, who many assumed to be the singer’s fourth babymama, took to her Instagram story during a question and answered session with her fans to touch on her personal life.

Larissa stated that her son was fully hers as she was his only parent.

The fan had asked, “Are you having any Lil misunderstanding with Dawson’s dad. Cos you have never posted him”.

Larissa London replied, “No. I am Dawson’s only parent”.

Singer Davido steps out for the first time with his fourth child, Dawson