Nigerian singer, Davido’s first daughter, Imade, has stirred sweet reactions from netizens over a video of her seemingly advising her mother, Sophia Momodu, against recording everything for the gram. 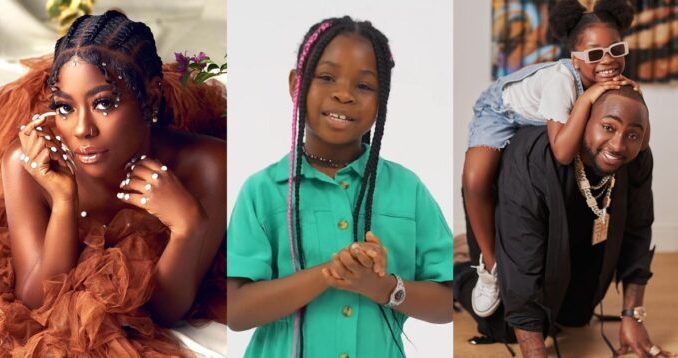 In the video, the 7-year-old and her mother, Sophia, were heading out together with her pet dog, which was being taken to a dog spa for cleaning.

During the trip, Imade expressed her displeasure that her pet would be left behind, stating that she didn’t want to be separated from her dog.

As Imade argued with her mother, giving reasons why the dog should remain with her, her mother, Sophia, started recording her.

Seeing this, Imade accused her mum of being so mean and said it is wrong to make videos of people when they are sad.

Watch the adorable mother and daughter moment below,

A while ago, Imade posed an interesting question to her mum, Sophia Momodu, about her love life.

The mother of one had announced that she was single during a live session with her fans and followers on Instagram.

The inquisitive 7-year-old who was there when her mum noted that she’s single went on to ask if her superstar dad is the man in her mum’s life.

“Mummy, who’s the man in your life? Is it my daddy?” Imade asked.

Sophie then burst out laughing at her daughter’s question before clarifying that she’s indeed single.