Vin Diesel Pleads With Dwayne Johnson “The Rock” To Return To ‘Fast & Furious’ (Read What He Wrote) | Naijabulletin
BREAKING
Published on: December 2, 2021

”You have a very important role to play,“ Diesel writes on Instagram…

Vin Diesel is extending an olive branch to his Fast and the Furious co-star Dwayne “The Rock” Johnson after The Rock called out Diesel in 2016 for his behavior on set.

While trying to put things behind them, Diesel took to Instagram to ask The Rock to return to the Fast and the Furious franchise after The Rock said that he was leaving in July.

“My little brother Dwayne … the time has come. The world awaits the finale of Fast 10,” Diesel wrote. “As you know, my children refer to you as Uncle Dwayne in my house.” 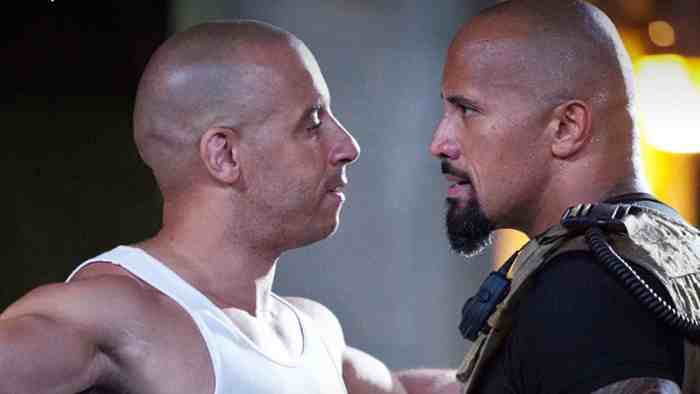 “There is not a holiday that goes by that they and you don’t send well wishes … but the time has come. Legacy awaits,” he continued. “I told you years ago that I was going to fulfill my promise to Pablo [Paul Walker].”

“I swore that we would reach and manifest the best Fast in the finale that is 10! I say this out of love… but you must show up, do not leave the franchise idle, you have a very important role to play.”

“Hobbs can’t be played by no other

I hope that you rise to the occasion and fulfill your destiny,” Diesel concluded.

The Rock and Diesel have been at odds ever since they worked together in 2016 on The Fate of the Furious.

At the time, Diesel told Men’s Health that he had to use “tough love” while producing The Rock on set so he could “assist in getting [his] performance [to] where it needed to be.”

However, he might have pushed too hard because the pair haven’t collaborated on another project since The Fate of the Furious. Hopefully, The Rock hears Diesel’s plea and will return to the franchise.

I hope to see both of them back on Screen.