“We don’t want you, our house is already full” Doyin Kukoyi’s marriage proposal to Taiwo Hassan rejected by his family

The family of veteran actor, Taiwo Hassan aka Ogogo, has rejected the marriage proposal of actress Doyin Kukoyi. 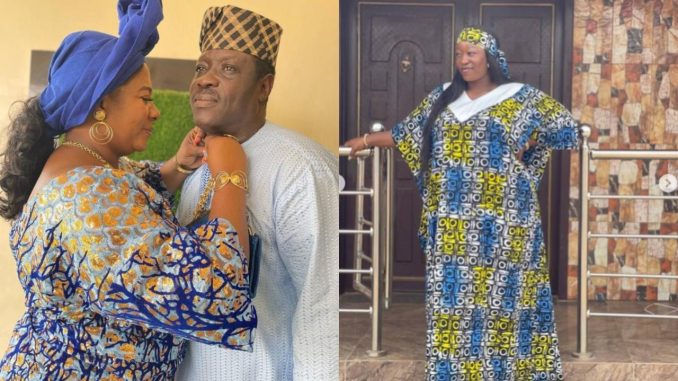 Speaking on behalf of her family, Kira Taiwo, one of the daughters of Taiwo Hassan declared that the Taiwo family house which comprises two wives and several kids is already full and doesn’t need any new women.

She made the comment under Doyin Kukoyi’s post where the actress shared a lovey-dovey photo of herself with Taiwo Hassan which a caption “Finally, I have found my better half. Alhamdulillah @ogogotaiwohassan”

The post has since garnered mixed reactions from other colleagues in the movie industry and fans as well. 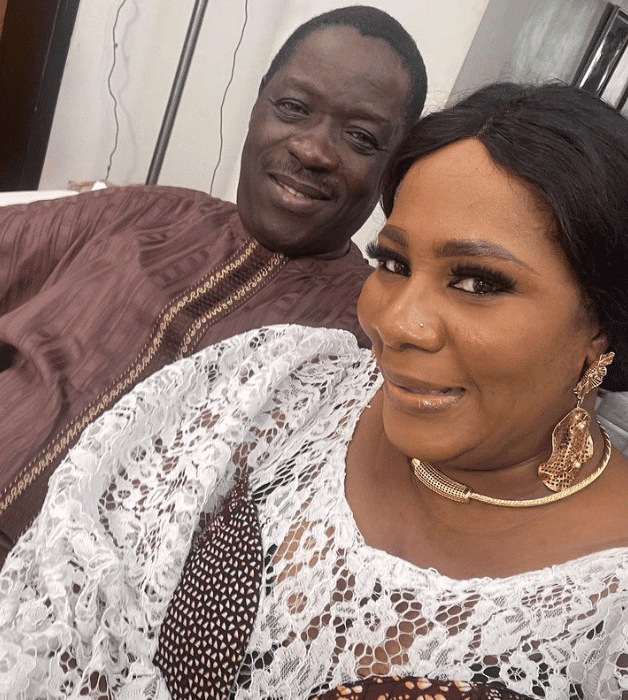 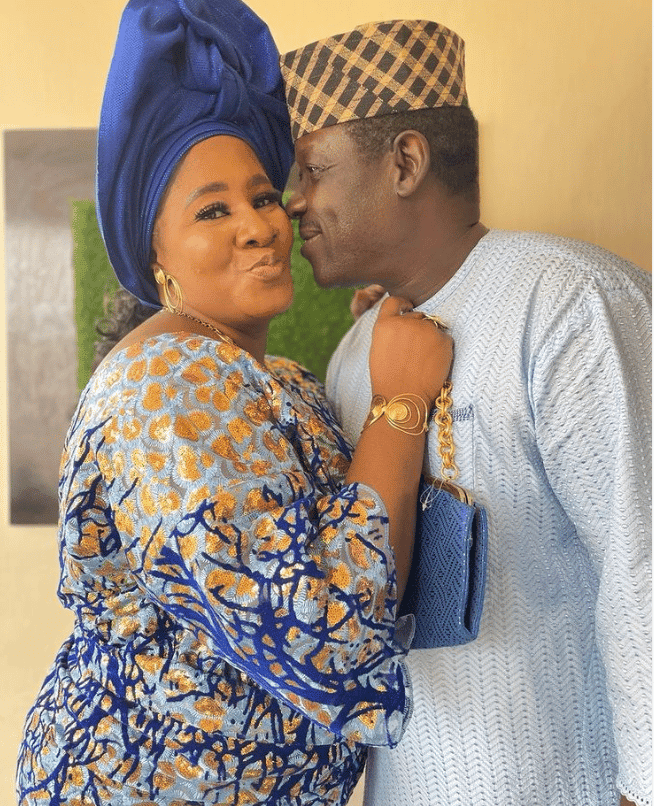 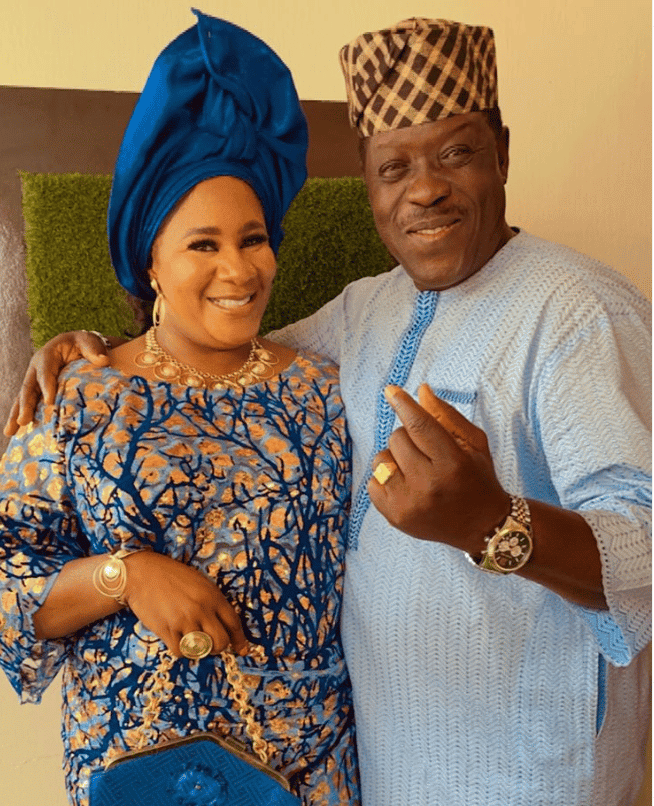 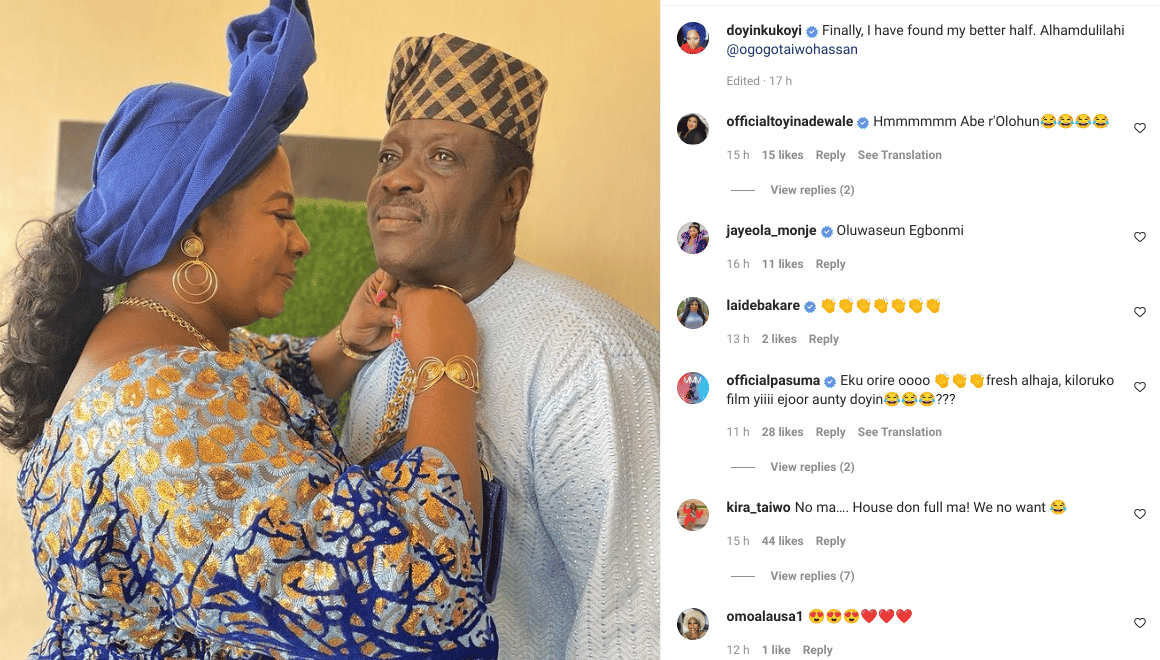 Actress Toyin Adewale wrote “hmm, fear God o” while Jaiye Kuti wrote “thank God my big sis” and Laide Bakare congratulated them with a smiley of claps. Singer Pasuma wrote “congratulations, fresh Alhaja, what is the title of this movie?”

Recalls that Nollywood actor, Taiwo Hassan, popularly known as Ogogo, and a certain Tout, recently engaged in a brawl on the streets of Ilaro, Ogun state.

A video had gone viral online showing the actor engaging in a brawl with an unidentified man in the midst of a crowd, and afterward getting into his car and driving away from the scene. 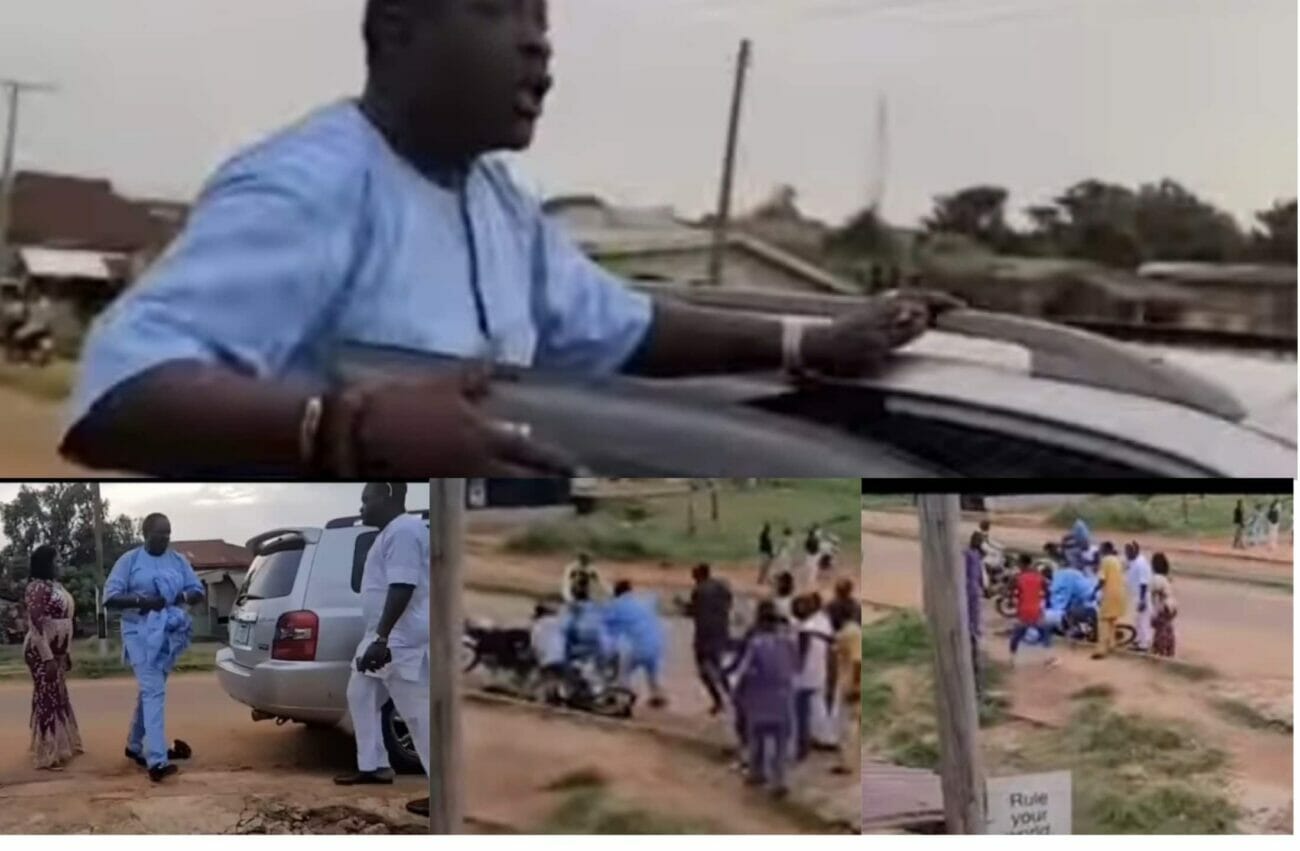 Reacting to the incident, Ogogo took to his Instagram page on Friday, June 24, 2022, to tell his own side of the story.

The action man, who was once a boxer, said he visited his hometown of Ilaro for a project inspection when some unknown fans approached him and demanded for money.

He said after parting with all the money he had on him, a greedy fan demanded for more and dragged his native attire ‘agbada’ in the process which resulted in his reaction.

Infuriated by the harassment, Ogogo engaged in a fisticuffs with the fan after he dared him to do his worst.

Narrating what happened, the actor said, “Before bloggers pick this up, let me tell my side of the story and the truth.”

He added, “I was in Ilaro, my own home town, for an inspection of a project, after which some unknown guys walked up to me for the normal appraisals. ‘We watch your movie’, ‘give up money, ‘We watched you all through our childhood’…All these as an actor we hear everyday.

“I offered all I had on me and one of them dragged me by my Agbada and demanded for an amount I can’t pay. I asked him to leave me, he said, ‘Do your worse’. The rest is story.”

“Do you pay anyone for doing your job? No. It’s our job too. Accept all we offer when we do. Remember, once a boxer, always a boxer,” he wrote.