When I was pregnant, you beat me to stupor and I went into forced labour” – Grace Amarachi fires back at her baby daddy, Yomi Fabiyi » Naijabulletin
News

When I was pregnant, you beat me to stupor and I went into forced labour” – Grace Amarachi fires back at her baby daddy, Yomi Fabiyi

Nollywood actress, Grace Amarachi has fired back at her baby daddy, actor Yomi Fabiyi, after he countered her allegations against him.

It was earlier reported that the actor who welcomed a child with Amarachi in February 2022, broke his silence after being accused of demanding for sex for roles and that the actress’ pregnancy was a product of their affair.

Yomi who gave a rebuttal to the allegations stated that the actress made advances at him first and he went ahead to share a screenshot of their first conversation where she called him her “crush”.

He also accused the actress of being overly possessive, physically abusive, and claimed she blackmailed him with his nudes and threatened to ruin his life and career. According to him, he had to file a legal petition against her.

He also debunked claims that they were married, while noting that she was only his girlfriend. Read here

In a new development, Amarachi has now taken to her Instagram page to respond to the actor’s allegation and debunked his physical assault allegation.

According to her, the actor was the one who beat her up while she was heavily pregnant and forced her into forced labour. 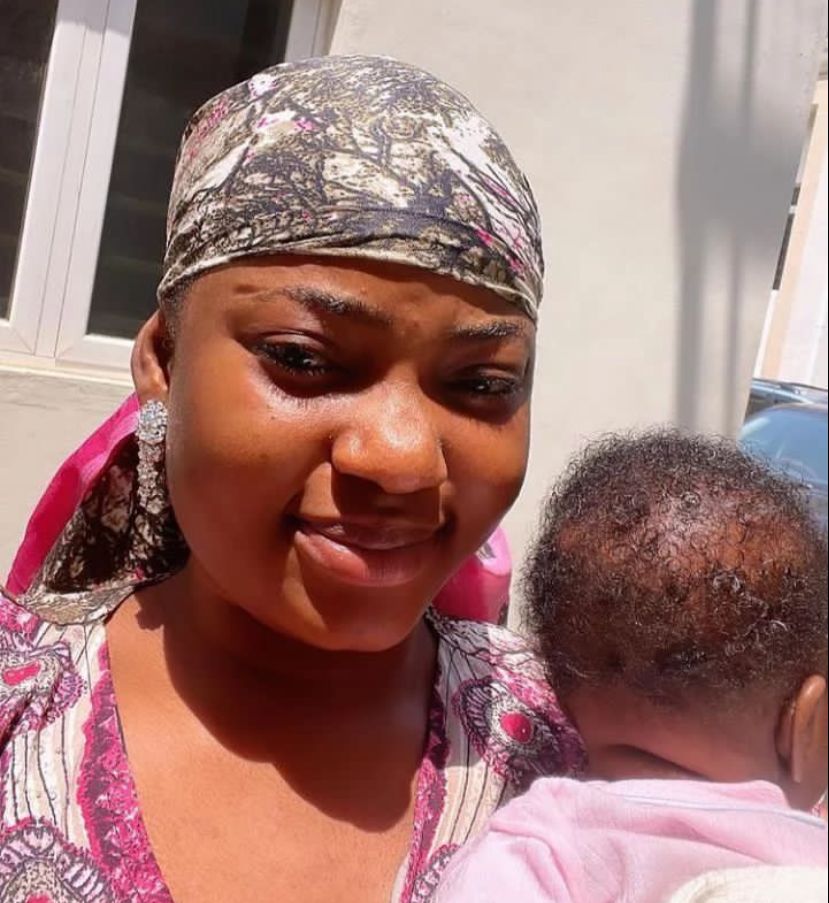 Addressing his claims that she slid into his DM first, the mother of one stated that it’s not true as they had a video call prior to the chat where he showed her his manhood.

See her posts below, 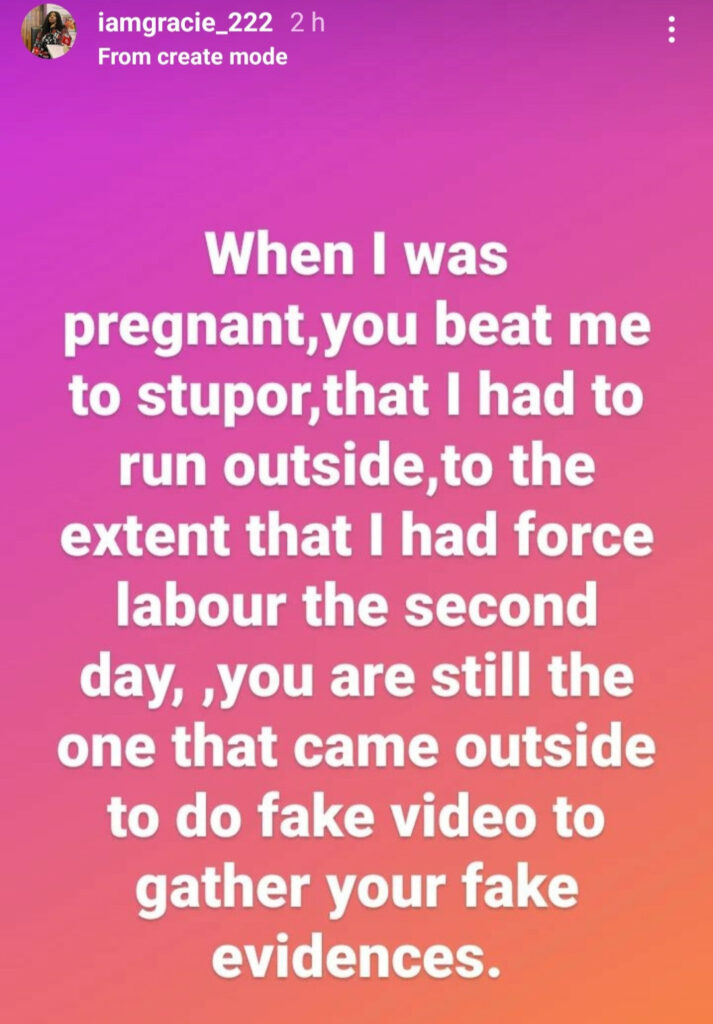 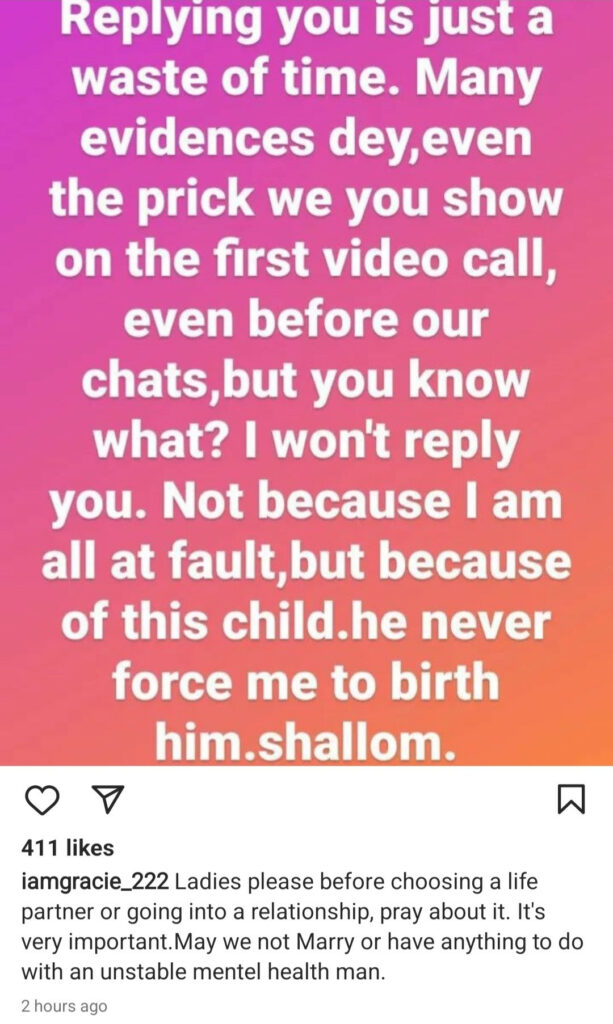 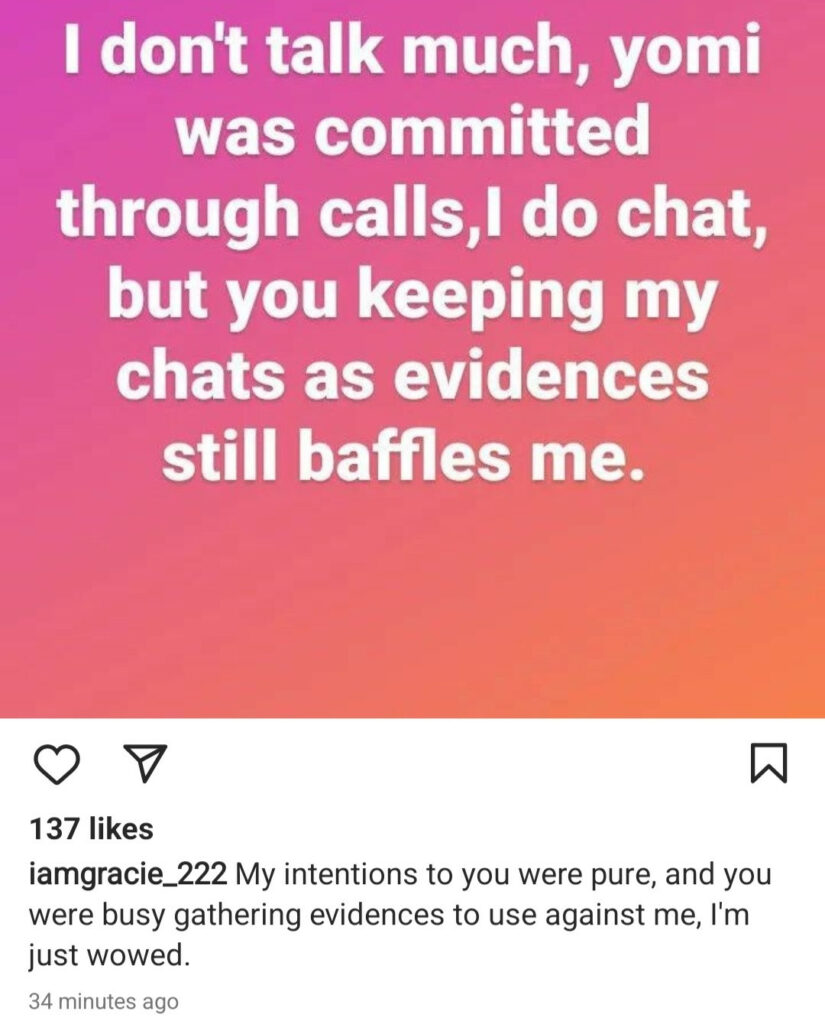 When I was pregnant, you beat me to stupor and I went into forced labour” – Grace Amarachi fires back at her baby daddy, Yomi Fabiyi