Comic actor, Olaniyi Afonja, popularly known as ‘Sanyeri’ has revealed why his two sons once hated his colleague, Odunlade Adekola. 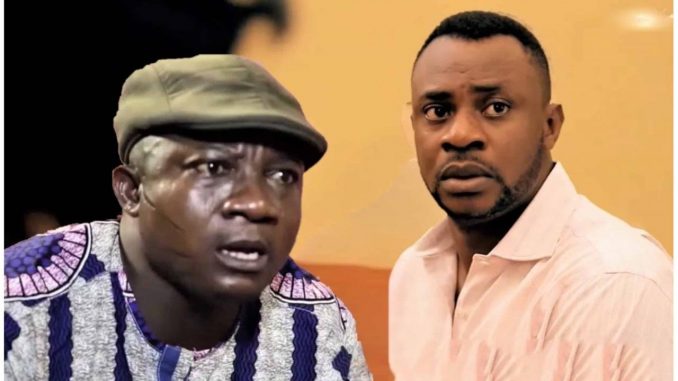 In a chat with Emmanuel Ojo, the father of two, Sanyeri whose sons recently made headlines for their English accent, said “Sometime in the past, when my first son watched some roles I played alongside Odunlade Adekola, he said to me, “Daddy, I hate this man (Odunlade).” When I asked him why, he said, “It’s because he (Odunlade) beats you.” I told him never to mind but just watch. Sometimes, I let him know that that’s what brings food to the table. That was actually the extent to which he understood it then. He thought we were actually having a real fight. He didn’t understand that we were just acting.” 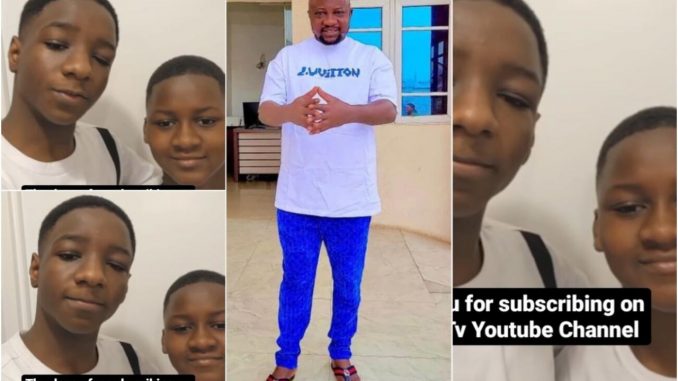 Even if their mum shouts at them, I shouldn’t do the same so that the both of us won’t be harsh on them. I have to play the role of reconciling them back and letting them know that what they did was wrong. If I was the one they offended, and I beat them, their mum also tries to reconcile them back and try to restrict me from letting it get too far. It’s also preferred that the mother should be the one disciplining them than the father because women are usually more compassionate than men, especially when they remember what they went through before having the child.”

When asked about how he raises them in the western culture, Sanyeri responded saying “God created everyone and every race in the world but anywhere one finds himself, he has to blend with the way of life. In the western culture, children are not disciplined that much when they go wrong but in Yoruba land where I was born and raised, we discipline children when they go wrong. Apart from the discipline, the culture and lifestyle is also important. When my children see me in the morning, they prostrate to greet me. It’s the culture of our land that when a father and child meet in the morning, the child prostrates for the father.”

On how he feels about their accent, he said “Well, we can’t blame them because we took them there (abroad). For the fact that they live abroad, they will have that accent but if they say something that I don’t understand, I tell them to say it in Yoruba.”