Nollywood actor Yomi Fabiyi has released a new movie “Oko Iyabo” which chronicles the Baba Ijesha rape scandal and the one hour, fifteen minutes movie has sparked fury from not man Nigerians and celebrities as well.

Naijabulletin recalls that Baba Ijesha was arrested by the police in April for alleged sexual assault of the 14-year-old foster daughter of comedienne, Princess.

Fabiyi, had organised a protest against the detention of Baba Ijesha and expressed readiness to stand as his surety.

the movie is produced by the actor, Fabiyi and also directed by Dele Matti.

In reaction, many Nigerians have called for the movie to be taken down YouTube as it is an offensive one.

READ ALSO:  Photos from the white wedding of Comedian Arole 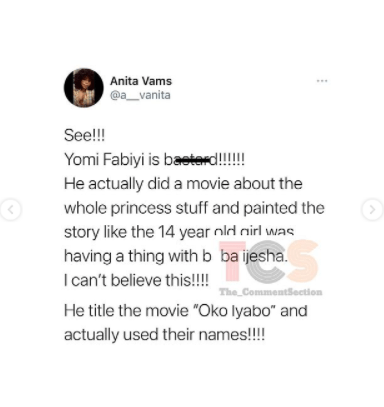 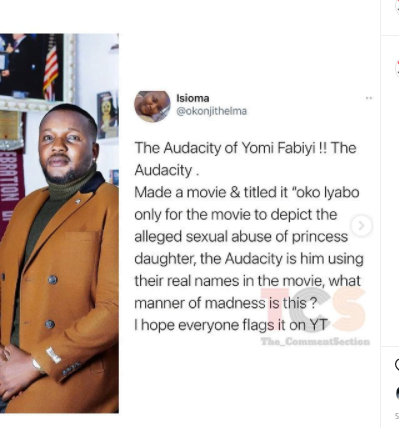 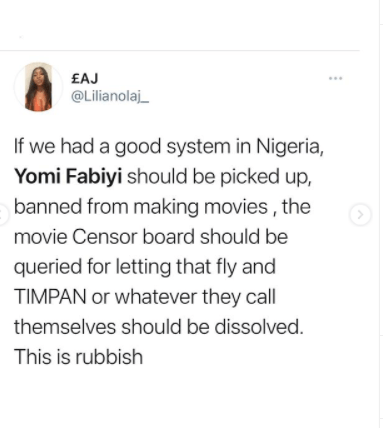 “Lord, heal our land from this pandemic called Yomi Fabiyi” Reactions as Toyin Abraham prays for husband after attack from Yomi