Yomi Fabiyi has called out his colleague Iyabo Ojo for linking an insensitive statement made by an aged herbalist to him.

Naijabulletin News earlier recalls a video currently made on social media where a Nigerian older man who was being interviewed said Iyabo Ojo would suffer and die for standing against Baba Ijesha.

Reacting, Iyabo Ojo took to her social media page, declaring God’s promises and scriptures upon her life, stating that all those, including Yomi Fabiyi, plotting to bring all manner of evil against her are wasting their time.

READ ALSO:  Actress, Mercy Johnson celebrates children’s day with her children in the most amazing way

According to Yomi, he would never wish anyone dead, much less his colleague over a disagreement.

He mentioned he would rather let it end than nursing such devastating feelings.

However, he said his stance will always advocate for human rights protection to achieve peace, justice and development.

Speaking further, he said he is not ready to mourn over Iyabo as he still cares for her. 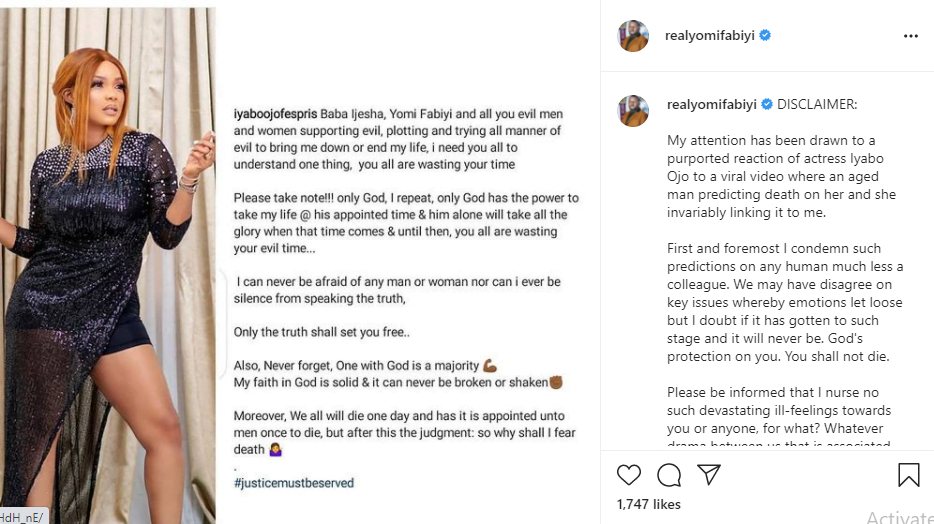 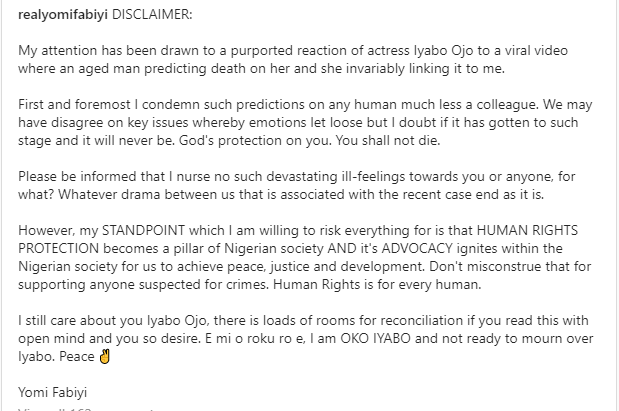 Yomi Fabiyi reacts to Iyabo Ojo’s response to a Nigerian herbalist who wished her dead..