Nigerian legendary singer 2face Idibia has slammed those attacking his wife Annie after a troll left a nasty comment on his son’s Instagram page.

News earlier reported that a troll had accused Pero Adeniyi of being a homewrecker, and this is obviously connected to the call out of Annie Idibia a few months ago.

The Instagram troll informed 2face’s son to advise his mother, Pero Adeniyi, to stop being a homewrecker, and some people accused Annie of using the fake page to troll the boy.

Reacting to this, 2face defended his wife Annie, stating that God will punish everyone accusing his wife wrongly and further celebrated her describing her as a queen.

He wrote: Na God go punish all of una wey dey call my wife for this matter Idiots. My queen.

News recalls 2face Idibia expressed displeasure over the comment, wondering why an adult would send such a message to a child.

The singer said such a message is unacceptable, and the troll has crossed a sacred line nobody has crossed, hence launching a search for the troll.

2face urged anyone with helpful information about the troll to call his attention, and he must find the troll. 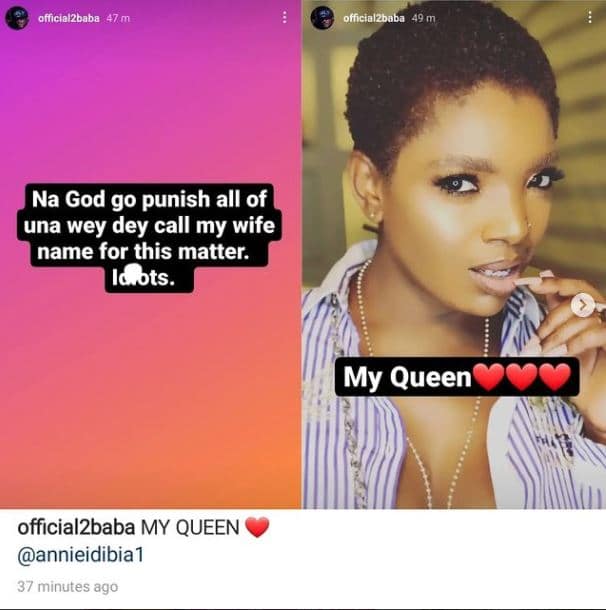 Trouble looms as 2face’s close friends link up with Pero in Abuja, call her ‘First Lady’