Actor Afeez Owo Mourn The Death Of His Sister

Actor Afeez Owo has announced the loss of his sister, Apeke, to the cold hands of death 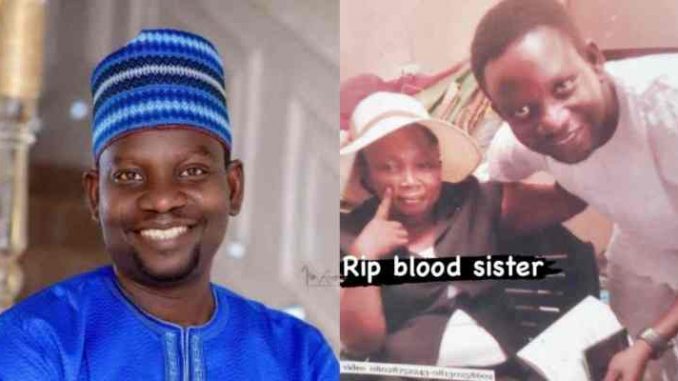 The Yoruba movie star made the announcement in an Instagram post, hours ago. Afeez Owo who celebrated his birthday months ago, posted photos of himself and his late sister with the caption, “RIP blood sister.”

The actor however did not reveal the cause of his sister’s death.

Born in Oyo State, Afeez Owo attended Faramora Secondary School in Oyo before relocating to Lagos to pursue a career in acting.

The couple reconciled in 2019 after their marriage was rocked by allegations of infidelity.

They renewed their wedding vows during his birthday celebration in April 2020. They have two daughters, Faridat and Kabirat.

Nkechi Blessing, a contentious Nollywood actress, is back in the news after dropping yet another bombshell that has everyone talking.

The actress made her declaration during a live Instagram video where she participated in a conversation about marriage and whether or not it is required for a woman to get married.

However, she noted that marriage wasn’t compulsory and could decide not to marry. The actress also added that with the little money that she has, she could decide to buy a man, put him in her house and control however she likes.

Actor Afeez Owo Mourn The Death Of His Sister