Nollywood actor Yul Edochie has been exposed for romantically being linked to his colleague Nuella Njubigbo, the ex-wife of Tchidi Chikere.

This comes a few days after Yul Edochie took to social media to announce the birth of his son, Star Munachison and his second wife, Judy Austin.

The development sent social media into a frenzy as netizens slammed Yul Edochie while a few of his colleagues, including Chidi Mokeme and Tchidi Chikere, supported him.

Giving reasons why Tchidi Chikere supported Yul Edochie, an Instagram blog Cutie Julls alleged that Yul Edochie was having a romantic affair with Nuella Njubigbo before she dumped him for Tchidi.

The source added that Tchidi Chikere’s relationship with Nuella Njubigbo graduated into marriage, but Yul Edochie never forgave him for snatching Nuella from him.

Since their marriage has crashed and bearing in mind that they have a common enemy, Tchidi Chikere has seen the opportunity to make peace with Yul Edochie by supporting his extramarital affair with Judy Austin.

So married man, Yul was gbensing Nuella then he started gbensing Chika Ike. Then to pepper Yul, Nuella started giving her Aso Rock to Tchidi

That was how the Nuella and Tchidi thing matured to marriage. Tchidi knowing very well that Yul never really forgave him wholeheartedly, now sees this opportunity to win Yul back fully especially that Nuella don finally gather sense japa his beating ang cheating self when karma came knocking

Omo, Asaba Nollywood na real block buster. Them no need script writers. Let them use their own lifestyle do script for viewers. 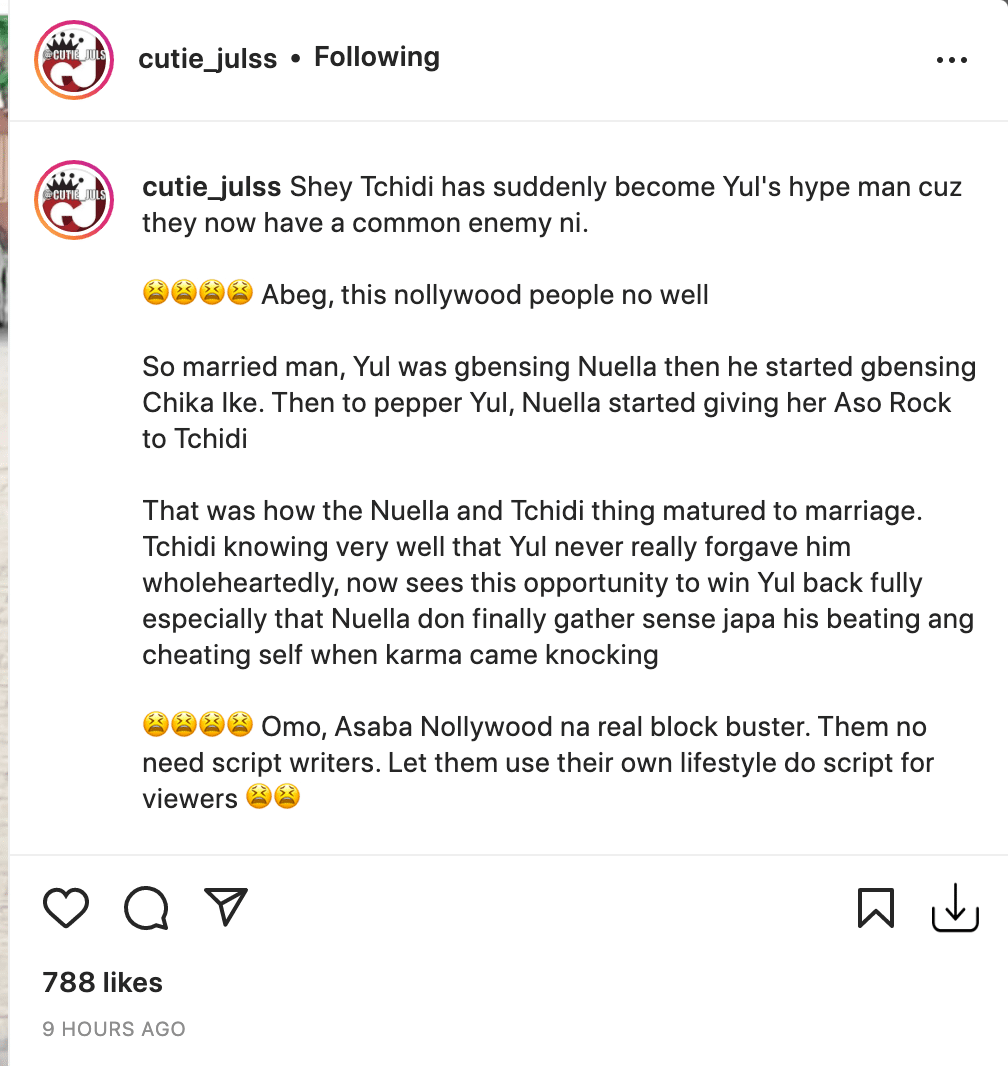