The award, which recognises her outstanding achievement in creative culture, earned her the Royal African Medel.

The actress who disclosed this via her Instagram page was also inducted into the Royal court. Sharing a photo of herself with the award, she wrote:

bofanites wrote: Well deserved queen. Congratulations keep making us proud,and your work shall continue to speak volumes for you,

NB recalls Bukunmi Oluwasina came under fire after she did the unexpected to her fans and followers on Instagram.

This comes after the mother of one tricked her followers into making them believe she would be jumping on the trending challenge called ‘Sedibalabala’.

In the video, Bukunmi pretended to be ready to jump on the challenge when suddenly the light went off.

The challenge, which requires a lady to shake her backside massively, is obviously something Bukunmi could not do hence the reason she decided to play a fast one on her followers on the photo-sharing app. 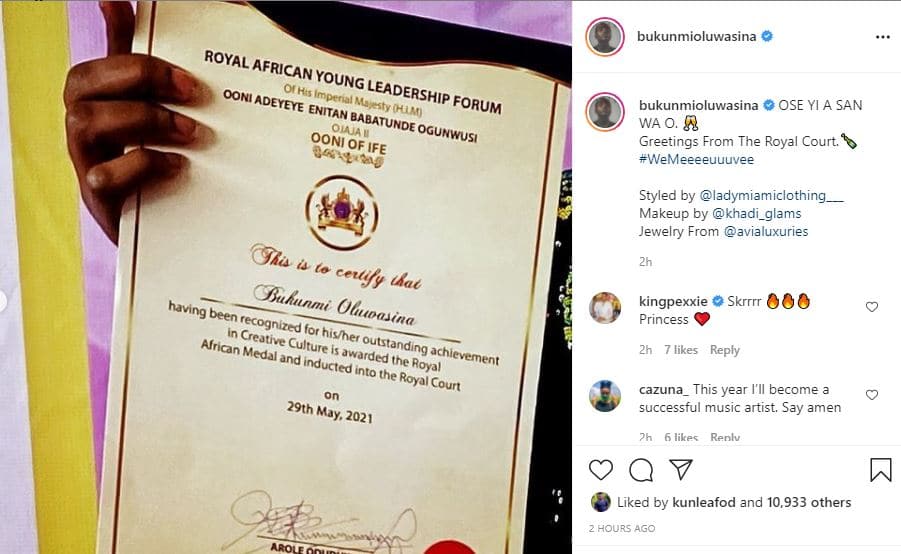 ‘I have nothing to ask God because I have everything’ – Actress, Bukunmi says in tears