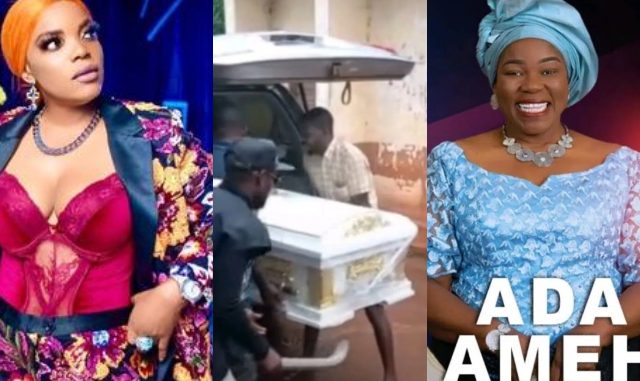 Ada Ameh died on Sunday, July 17 after collapsing during a function.

She was rushed to the Nigerian National Petroleum Corporation’s hospital but passed on before they arrived at the facility.

The remains of the late veteran is now been laid to final rest today, August 26.

Empress Njamah has shared photos and videos from the ongoing funeral in Ogibia, Benue State.

The atmosphere was filled with tears as many wept over her death.