One of the well-known faces you see in soap operas on Nigerian television is Toyin Alausa. 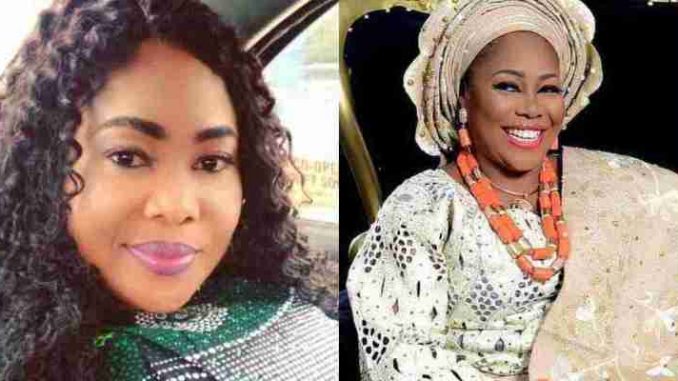 The charming lady has been in a number of television shows, particularly Family Ties, where she has established a following. As she greeted this reporter to her home that afternoon, she looked lovely in her colourful blouse and slacks.

After exchanging pleasantries, she asked the reporter to be patient with her while she finished cooking her lunch. The queen of the tube invites you into her world and explains what makes her tick in this one-on-one interview.

The queen of the tube invites you into her world and explains what makes her tick in this one-on-one interview. She was just as charming in person as she appeared to be on video as the conversation went on. The woman in her thirties, who is a single mother and an actor, also discusses what it’s like to be a businesswoman and a single parent. “As a businesswoman, I offer corporate apparel, and this has proven to be incredibly successful for me. So you can be sure I’ll be busy working while I’m not on location. Personally, I think it’s important for women to keep themselves highly occupied and not just lounge around doing nothing.

Alausa gained a great deal of knowledge about educating others while attending Ogun State College of Education. She eventually discovered that her passion lay elsewhere. “This sparked my love affair with acting. I started my work in this field in 1998. I was quite young when I started acting in children’s plays, and the experience truly paid off for me at that moment. Alausa is pleased today since she can still clearly remember certain enjoyable times she had during practises and auditions. The well-known TV show Memorial Hospital, which aired on NTA in the 1990s, is included in this.

I must admit that these programmes are significant to me because they were responsible for bringing me to public attention. I’m overjoyed to have been a part of it all. When home videos first started to surface and everyone had to compete to establish their value, things grew more fascinating. Alausa thinks back and remembers that she wasn’t particularly lucky at first. The first time I went for an audition, it wasn’t quite simple. But after so many struggles, I made it, to God be the glory. She goes on: “About four years ago, I stopped making home films. I prefer soap operas, but I’ve also been in a lot of videos and performed in a number of them, including Family Ties, Treasures, Edge of Paradise, and Doctors quarters.

Life as an actress, I will say, is about what you can offer. There are many people out there that are ready to take any amount to get a role or better still they even do it without collecting a dime because they just want their face on television. And that is bad because it is spoiling business for us and they are not as experienced as some of us. When a director or producer comes to you and you charge them what you are worth, they ask you where you expect them to get that kind of money. People out there look at actresses as big girls. We are not big girls because they don’t pay us well and we really need to improve on that.’’ Alausa talks about her role models in Nollywood. ‘‘They include Bukky Wright, Stella Damascus and Joke Silva. All these people are female figures in the industry that you can look up to and they are also go getters. People who will always achieve something good”. Interestingly, as a child Alausa did not have any dreams of becoming a movie star. ‘‘But fate just played a good one on me; all I wanted was to be on the screen as an actress. Funny enough my mum was the first person that took me through acting ; she played some roles back then and they needed a daughter to fit into one of the roles and when they could not find people after so many casting, she decided to try me . I performed well that was how my journey into acting started.’’ One thing that makes Alausa happy is the fact that the job has given her lots of opportunity to meet people in the society during functions and other events. ‘‘People always admire me and also give me recognition due to my hard work. I will say one thing that made me happy was sometime ago when I went for Omotola Johnson’s movie premiere and at the backdrop was my face. I watched people as they were taking my pictures and it really made me happy.’’ So how does she cope with the deluge of male admirers? ‘‘I have been able to cope with male admirers because it is not everybody that walks up to you for a relationship that you agree to, you need to be disciplined. There are lots of failed marriages in this our industry you wouldn’t want to do anything that will tarnish your image. We are all adults, so we should be able to handle what comes our way in a matured manner. Some of them are just out to sleep with you’’. Everybody, she notes, wants to be on top in the industry. “I am looking forward to going to South Africa to make a name. I am sure that will give me enough exposure. I also use every opportunity to advise young people to hold on to their dreams if they really want to make it. You need to be determined and focused’’. Alausa offers useful fashion insights for the ladies. In her words: “Looking good is one thing every woman should take care of but that does not mean going out of your way to please people . Though I am a simple person when it comes to dressing I don’t like to wear what is in vogue because in the long run it will still go out of fashion. I also put into consideration the type of event I am going to that determines the type of dress to wear”. In the course of the job, Alausa noticed that people are always desperate and they may sleep with a producer just to get a job. ‘I will advise young people to hold on to their dreams and not mess up with their lives. You can decide to sleep with a producer but it will be just that role and nothing more. As a lady you are meant to have integrity, you don’t have to mess yourself up. I knew how long it took me before I got my job.”

Toyin Alausa Reveals Her Nollywood Journey and how Men Molested her