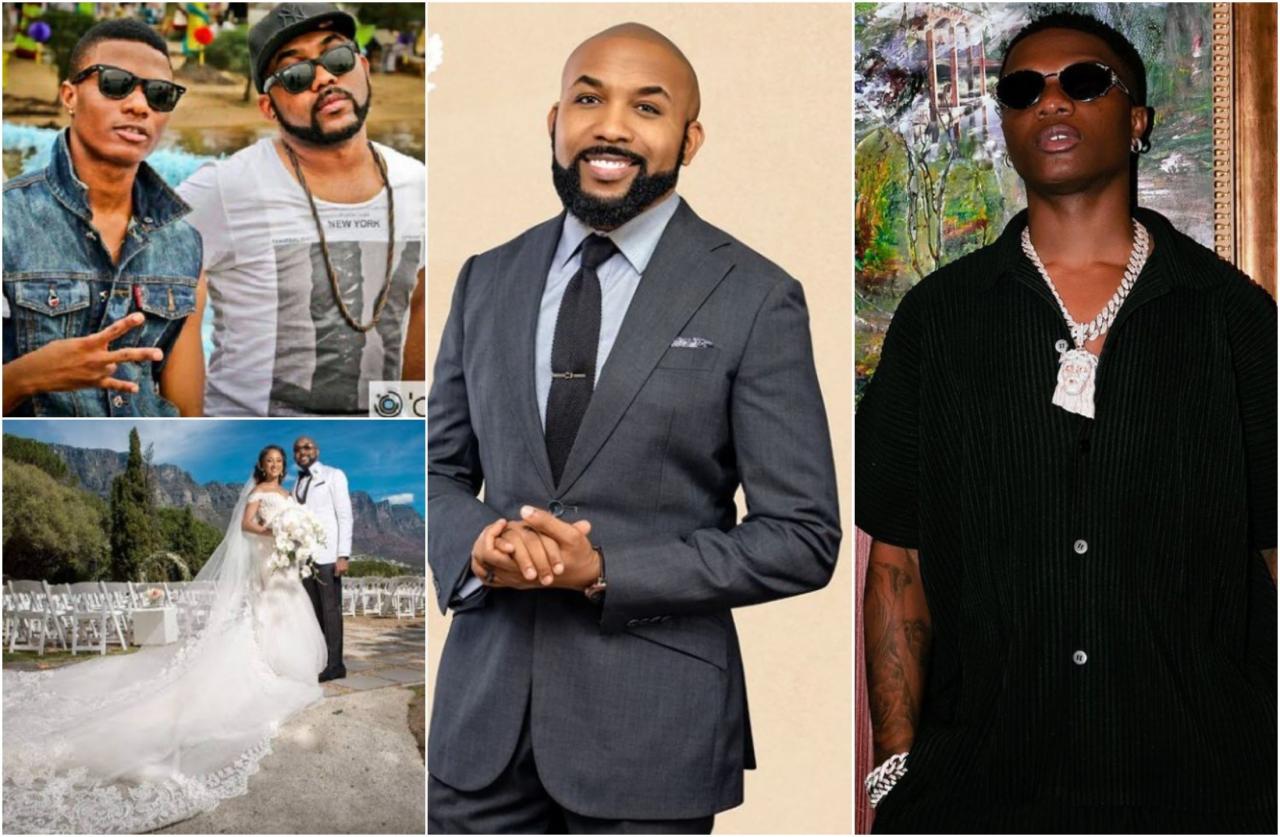 A Twitter user has knocked Nigerian singer Wizkid over his response to Banky W’s remark about ignoring his wedding. 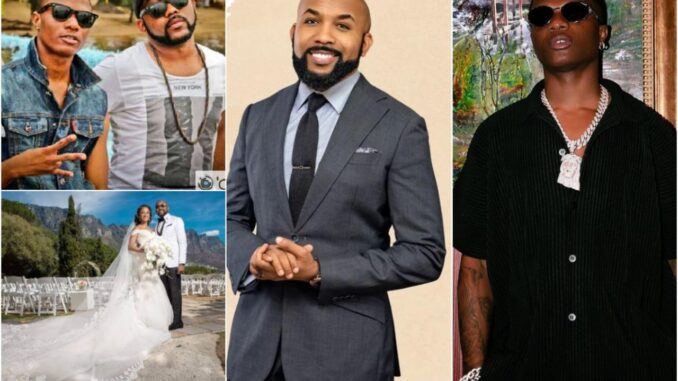 News earlier reported that Banky W had expressed his disappointment at Wizkid for failing to turn up at his wedding.

In a recent chat with Ebuka Obi-Uchendu on the BlackBox interview series, the singer turned politician revealed he was disappointed with the former EME signee for not showing up at his wedding.”

In his words: Was I disappointed that he wasn’t at the wedding? I was but I know he tried because there was a show with a lot of the artists…I think it was One Africa,” he said.” As a matter of fact Tiwa ended up…there was no business class and she took an economy seat so she could make it. But he called at the time that he was so sorry.”

Wizkid replied to his former label boss via Twitter, where he wrote, “My answer to everything is Lol and Ok. Chop life abeg.”

Reacting to Wizkid’s response, a Twitter user criticized Wizkid, saying it was very unfair for him not to attend Banky W’s wedding.

The Twitter user opined that Banky W literally made Wizkid who he is today, and despite all that happened in the past, he still owes him a lot.

The man added that Wizkid replying ‘LOL’ to Banky W’s Positive remark about him is rude and should act respectfully.

The post reads: Wizkid it was very unfair of you not to attend Banky W’s wedding (if you were an invitee), cos he literally made you who today and despite all that happened in the past, you still owe him a lot. Furthermore, replying LOL to Banky’s positive remarks about you is rude. Act respectfully. 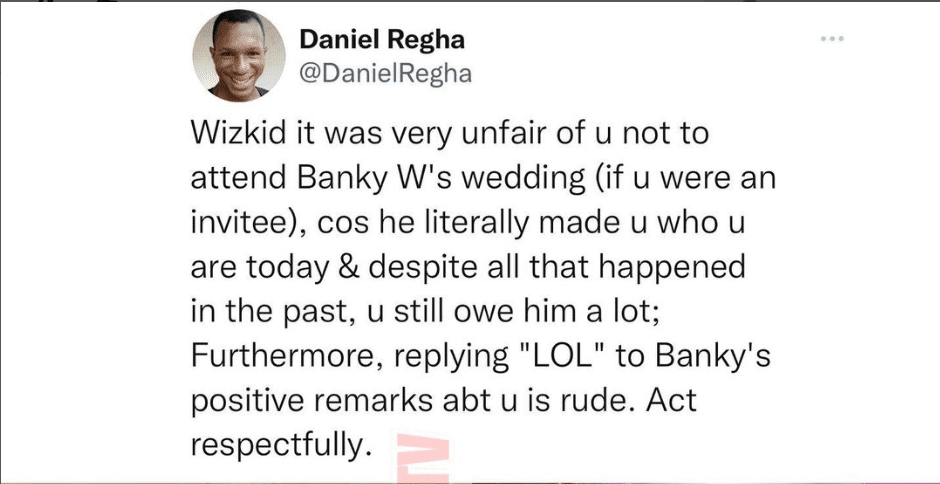 ‘Banky W literally made you who you are today, replying ‘LOL’ is rude’ Man puts Wizkid on a blast