BBNaija Vee reacts after being called out for owing a fashion brand N1.9m | Naijabulletin
BREAKING
Published on: October 20, 2021

Former Big Brother Naija Housemate Vee has taken to social media to react after being called out by a fashion brand alleging she owes N1.9million following the termination of her ambassadorial deal.

Naijabulletin News earlier reported that in a post shared on Instagram, the brand pointed out the negative attitude of the reality TV star during the product photoshoot.

The brand alleged that Vee refused to refund the money paid for the ambassadorial deal and took some of the items used for the product shoot.

However, in a post shared on the microblogging platform Twitter, the reality TV star debunked reaching out to the clothing line requesting for ambassadorial deal contrary to the brand’s claims.

READ ALSO:  ‘Nengi is the most annoying human ever’ – BBNaija Vee reveals

Vee said the brand told her to wait for two weeks for the brand shipment arrival upon the agreement of fees.

According to Vee, during the product photoshoot, she was compelled to use hair from a different brand that was not part of their contract agreement, and she allowed it so she would not be considered problematic.

READ ALSO:  Regina Daniels’ brother, Sammy tells her- "I will marry you if Ned Nwoko marries another wife”

However, on the second day, she insisted on not using the hair, which became the genesis of the problem. She added a video was shared with her, and she urged the company to work on the footage, and the brand owner started throwing tantrums at her. 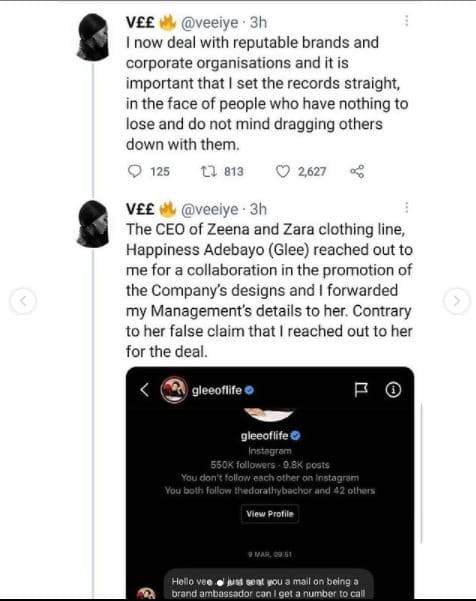 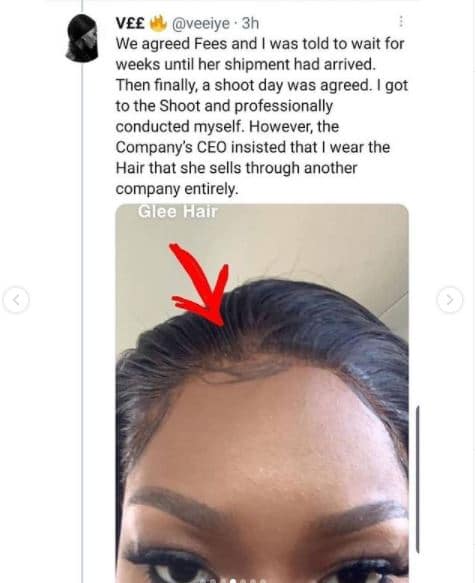 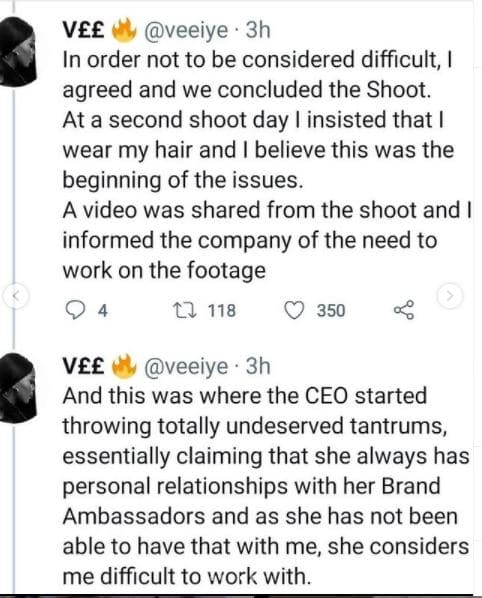 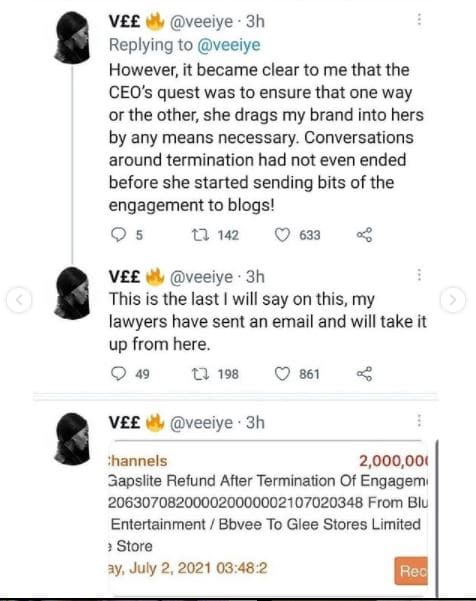 BBNaija Vee reacts after being called out for owing a fashion brand N1.9m…

‘Nengi is the most annoying human ever’ – BBNaija Vee reveals

“This Nigga Has So Much Energy” – Vee Celebrates Lover, Neo On His Birthday