Nollywood actress Adebimpe Oyebade has slammed an Instagram troll who attacked her for exposing Yomi Fabiyi’s sexual advances towards her after the actor came under fire following his debut movie ‘Oko Iyabo’.

Naijabulletin News recalls that Bimpe Oyebade, also reacting on an Instagram blog, expressed displeasure over the movie as she questioned the reasons behind the movie production.

Reacting to Bimpe’s comment, an Instagram user referred to how Yomi Fabiyi consistently shades the actress on his social media page and calling her unprintable name.

She added that the primary reason for Yomi Fabiyi’s action is because she didn’t make herself available for his sexual needs despite how much he had pressured her.

However, a troll took to Adebimpe’s Instagram page to attack her, stating she only used Yomi Fabiyi’s name to clout chase.

Responding to the troll, Adebimpe Oyebade blasted the troll, saying he’s stupid and urged him to be sensible. See the conversation below: 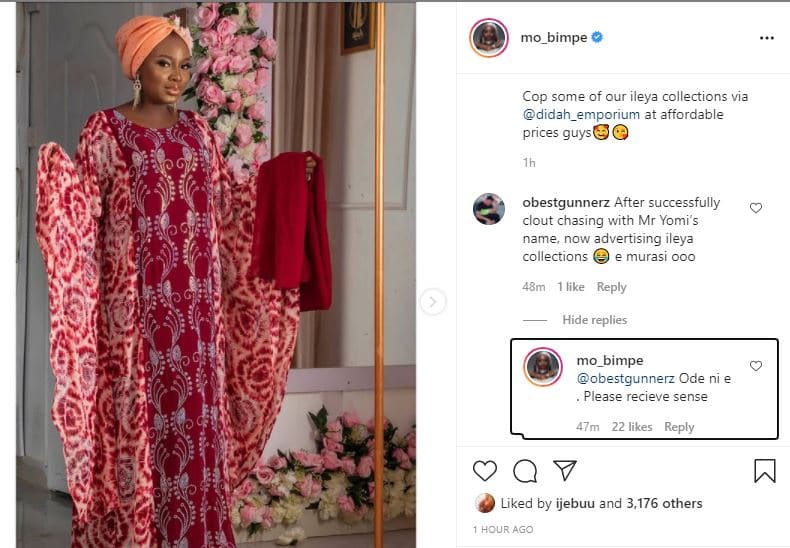 ‘You ‘re stupid’ Adebimpe Oyebade blasts fan who said her alleged boyfriend, Lateef Adedimeji, is with a side chick