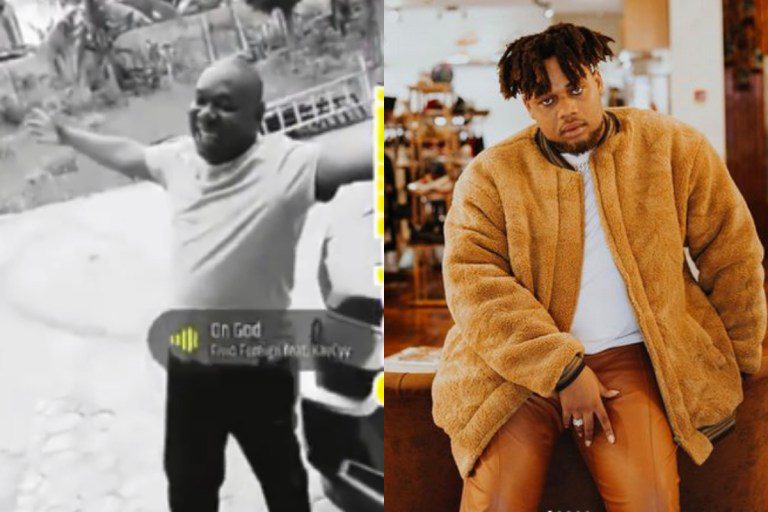 Promising Nigerian singer, Daniel Benson, widely known as Buju now BNXN has splashed millions of Naira’s on an Acura SUV for his father as his birthday gift.

The singer shared a video on his Snapchat story which captured his father over the moon after the singer surprised him with his new expensive whip.

The father was seen expressing his joy as he stands in front of his new ride while expressing his profound gratitude to his son for the wonderful surprise.

In other news, celebrated Ghanaian actor and man of God, Majid Michel has revealed that he was arrested by the Narcotics Control Board(NACOB) following a statement he made about his involvement in drugs in the past.

Speaking in an interview on Okay FM with Gilbert Abeiku Aggrey Santana on the Ekwansodwodwo segment, Majid disclosed that he was asked about his perception of the legalization of narcotic drugs and his response got him arrested.

He revealed that he told the presenter that he was once involved in drugs and he sees nothing wrong with involving himself in drugs especially weed. According to him, he believes weed is just a plant like any other plant created by God which can serve a purpose in the lives of human beings, especially for medicinal purposes.

Well, it seems his statement was well noted by the Narcotics Control Board as he was suspected to be hiding drugs in his abode.

He revealed that he was picked up by some officers of the board and his home was thoroughly searched to ensure he was not hiding any drugs in his home.