Controversial crossdresser Idris Okunneye, popularly known as Bobrisky has reacted to the indirect shade thrown at Paul by his twin brother, Peter Okoye.

Bobrisky took to his Instagram page to disclose that he isn’t pleased with the way fans choose to criticize Peter Okoye for bragging about his wealth.

According to the male barbie, the fans are the bone of contention for always comparing one against the other.

“At this point dis so-called fans are our problems. Y would you compare two blood (twins) success among themselves? You are praising one and making the other feel bad. Really? What happened to you praising both of their efforts? You just don’t like peace among two blood? Dammn

You fans need to do better !!! You love to hit heads together to create some unnecessary drama! And the point is what you will gain doing that? Support both of them hype both of them and stop bringing one down for the other. Peter and Paul are doing GREAT get that fact into ur empty skull and stop constituting nuisance up and down”. 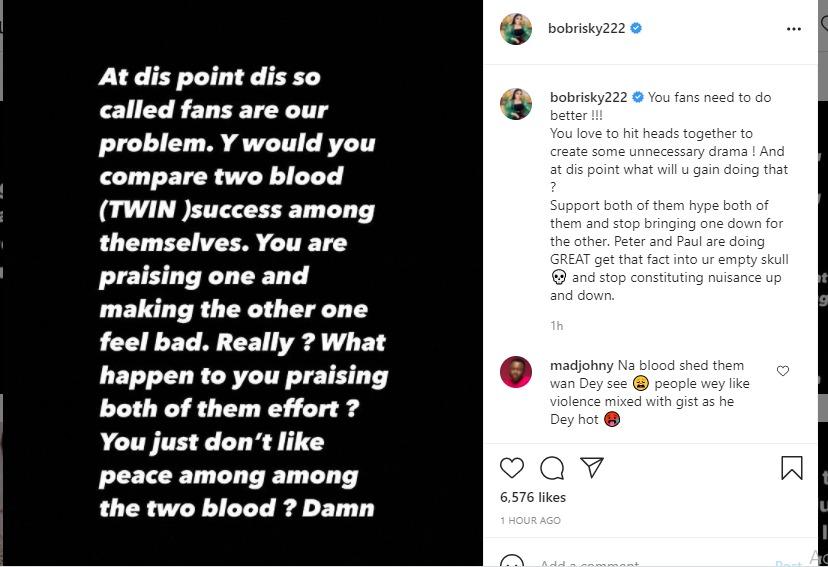