Nollywood actress, Funke Akindele has finally ditched her husband’s surname, “Bello” as she delves into politics.

The actress is fully embracing her maiden name following separation from husband.

Minutes ago, Funke Akindele unveiled her political posters and what caught the attention of Naijabulletin News is the change of name.

It is surprising to know that none of the posters bore her husband’s surname, “Bello”.

This latest move just proves that the estranged couple have no hope of reconciling. 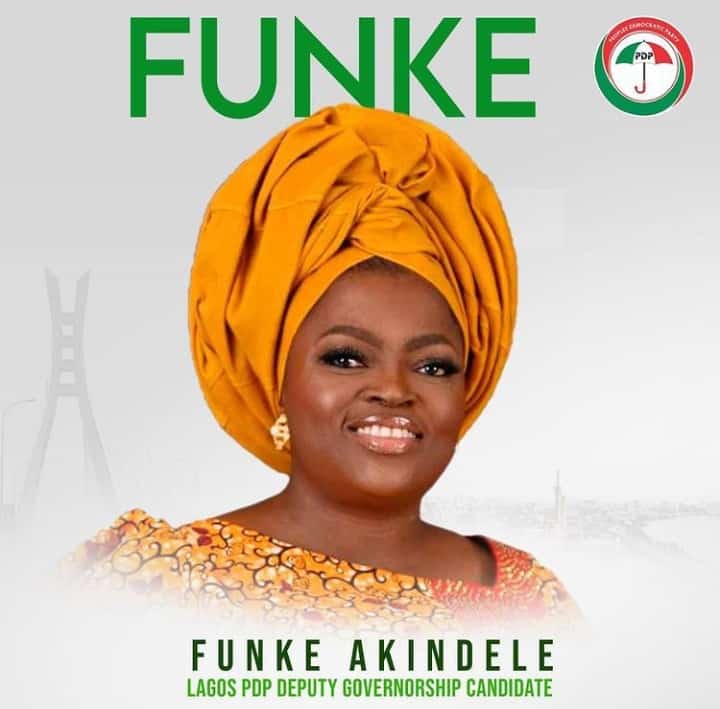 This new development is coming hours after Funke Akindele announced her governship interest in Lagos State.

The “Omo Ghetto Saga” actress further revealed that she is putting her acting career on hold to focus on her political career.

Earlier on, Funke Akindele Bello confirmed the reports making waves about her political career, which is associated with the Lagos State Peoples Democratic Party PDP.

The mother of two shared a video on her verified social media page to confirm that she has been chosen as a running mate to PDP’s Lagos State gubernatorial candidate, Dr Olajide Adediran, popularly called Jandor. 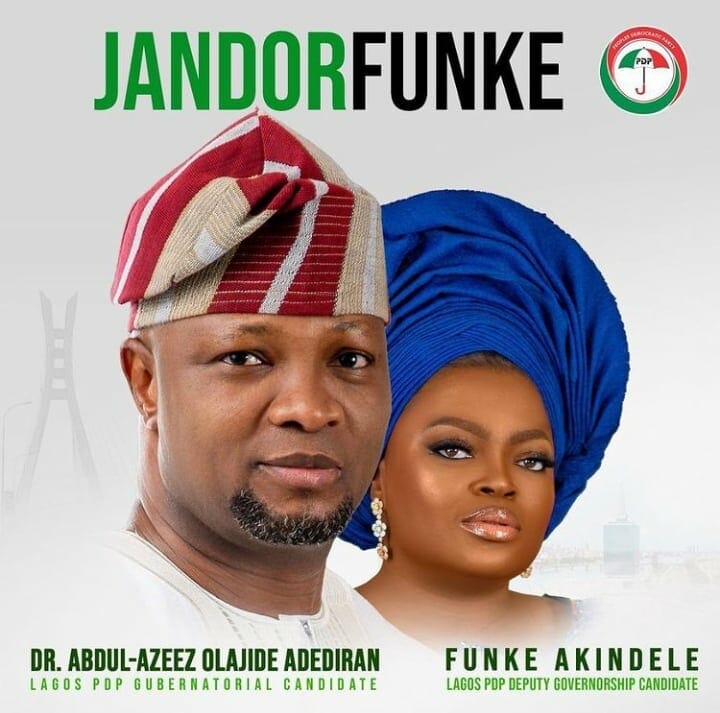 Funke Akindele who had been known to shun any reports about her personal life and career formally declared her decision to accept Jandor’s call as the state’s deputy governor.

Funke Akindele also discloses that she is ready to pay the price of embracing politics which will temporarily hold her career in the Nollywood industry. 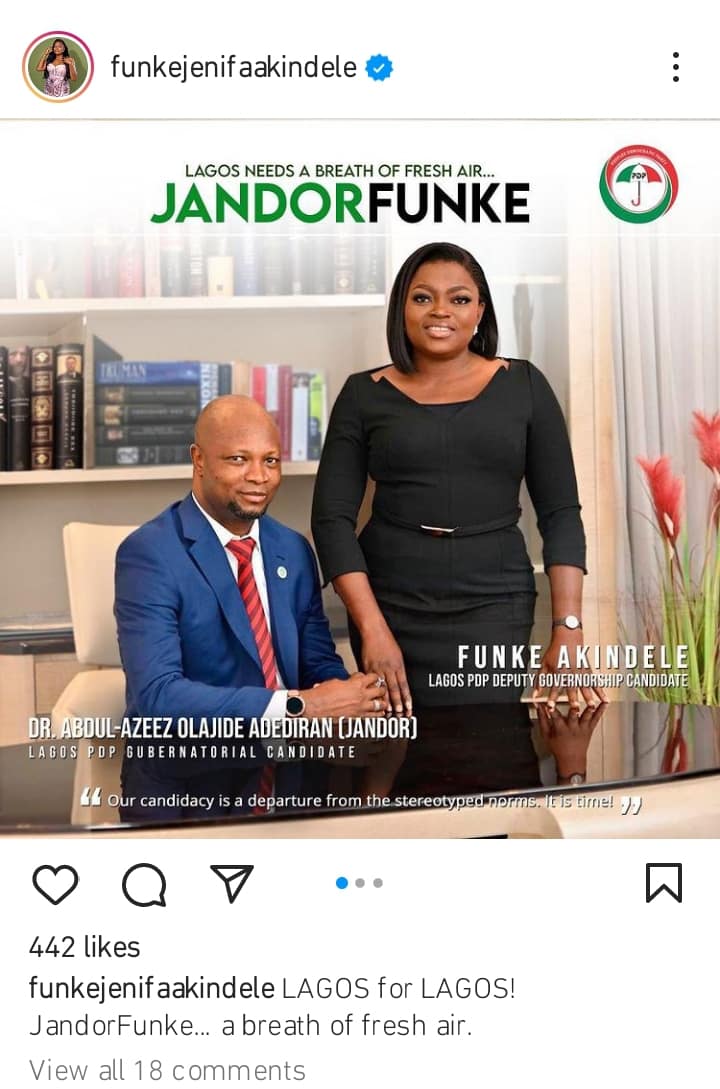