Check Out The Names Of All The 13 Wives The Alaafin Of Oyo, Oba Lamidi Adeyemi Married

The Alaafin of Oyo, Oba Lamidi Adeyemi has been confirmed dead. 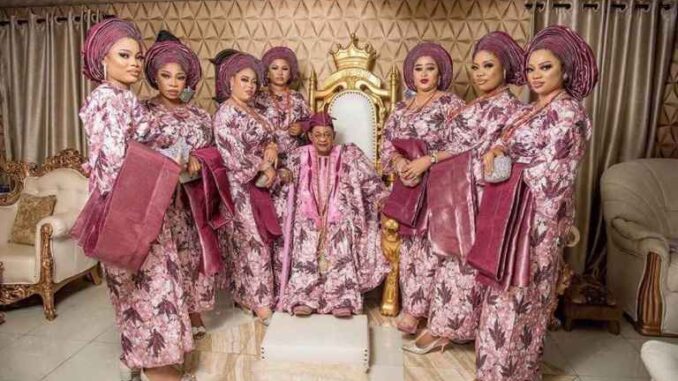 He died a few hours ago at the Afe Babalola University Teaching Hospital, Ado Ekiti in Ekiti State, at the age of 83, and per what we gathered, his death came after a brief illness.

He becomes the third senior monarch in Oyo State who died within 5 months and his death has been announced on several major Nigerian news networks.

Throughout his life, he was a well-known polygamous man and at the time of his death, he had thirteen wives.

Many people have no idea about the names of these wives and in this article, we will be taking a look at their names.

His first wife was Ayaba Abibat Adeyemi, and she was the popular one because he was always seen with her at several functions. Anytime he fails to go functions with her, he rotates it among their other junior wife, however, it was the first wife who actually enjoyed the company of the Alaafin of Oyo.

Check Out The Names Of All The 13 Wives The Alaafin Of Oyo, Oba Lamidi Adeyemi Married