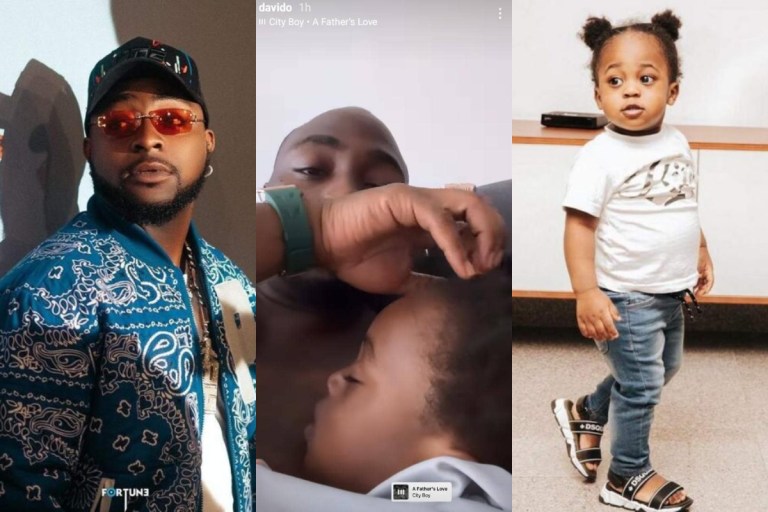 Singer Davido has shared some moments he spent with his son Ifeanyi as he names him an automatic billionaire letting the world know that he’s his flesh and blood. 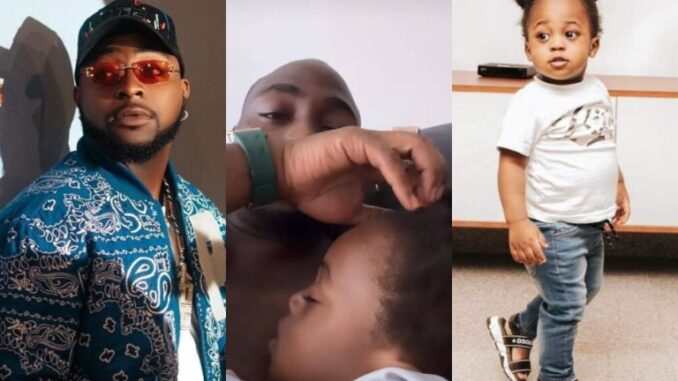 Davido and Chioma have allegedly ended their romantic relationship after a video of Chioma and her new man cuddling and chopping love hit the net and now he’s making the whole world know that Ifeanyi is his flesh and blood.

Davido posted photos of Ifeanyi sleeping in his arms saying he’s an automatic billionaire because he’s his flesh and blood and we all know how wealthy the Adeleke Family is and moreover, Davido has his own money as well.

Some years back, Davido named Ifeanyi his heir which means everything he has worked for and is working for will automatically be his and today has named him an automatic billionaire because he’s his flesh and blood.

In Africa, one can become a billionaire provided the father is a billionaire and that is the case of Davido’s son Ifeanyi, from all indications, he doesn’t want him to work hard for his own money just as he did despite his father being wealthy.