Popular Afrobeat singer, Davido Adeleke prays against the prophecy of getting poisoned by one of his household members.

It would be recalled that a man of God saw a revelation about the singer where he claimed that Davido will be poisoned by someone living under his roof and will be rendered unconscious and hospitalized.

Barely 24 hours after the video of the prophecy hit the internet, the DMW boss took to his social media page to pray that his enemies are revealed to him.

READ ALSO:  Die-hard fan of Davido inks tattoo of ’A Better Time’ on his chest (Video) 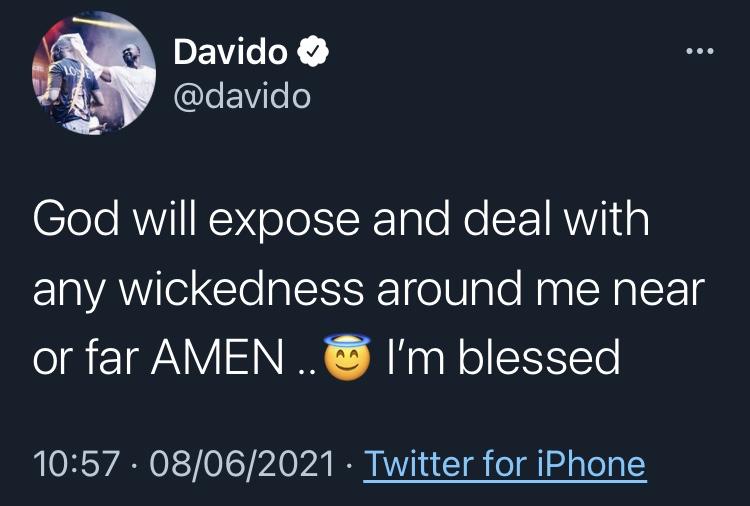 “God will expose and deal with any wickedness around me near or far AMEN .. I’m blessed,” he wrote on Twitter.

Davido prays over prophecy of being poisoned.

Burna and Wiz have promoted my new album, but it won’t be complete till you promote it – Blaqbonez begs Davido

Davido speaks on how FEM was made, says it was the biggest beat in 2020 (Video)

”We are all tired” – Davido laments over Nigeria’s situation