Some Nigerians have made it their utmost priority to pray for Nollywood actress, Funke Akindele’s marriage.

News reported hours back that there were speculations that all is not well in the marriage of Funke Akindele and her husband, JJC Skillz.

This was disclosed by Instagram blogger Cutie Julls alleging that Funke Akindele and JJC Skillz’s union is going through some hard times, and they fought dirty at home, with the wife ordering her husband to leave her house.

The source revealed Funke Akindele had boldly accused her husband JJC Skillz of squandering money which she disagreed with, considering she is the company’s owner.

Meanwhile, JJC Skillz had left his home and rented an apartment somewhere in Lagos and is currently in London to cool down and give his wife Funke Akindele some space to calm down.

The source added that Funke Akindele has been controlling the marriage for a long time, and JJC Skillz has tolerated her over the years.

The post reads: “According to sources in Nigeria and majority in London, Funke and JJC Skillz’ marriage is going through some hardtimes to the extend that Funke reacting in anger verbally told JJC Skillz “Leave my house”

Sources present when the heated argument happened in their Amen Estate home quoted Funke saying “O ko owo mi je” when they tried calming her down.

Our source told us Funke Akindele has boldly accused Abdul Bello of squandering money which she did not agree to as the largest owner of company.

We are not sure if this has anything to do with the apartment Abdul allegedly rented somewhere in Lagos.

Skillz since left Lagos for London maybe to cool down and also give his darling wife some space to calm dowm also.

Hmmm.. at this moment, all is not perfectly well between Baba Ibeji and Iya Ibeji”.

Reacting to the heartbreaking news, many Nigerians took to the comment section to pray for the actress’s marriage.

opearlzbusinessempire : May God calm the storm…so many marriages going through alot. The devil is roaring seeking to destroy and devour. Time to be more prayerful as no one knows whose next

slim_turah : By God’s grace all will be perfectly well between them

dharmeikay : Couple’s quarrel….it’s not a big deal I pray for more.love n understanding towards them it’s well

C9weightlossandskomcare : Hmmm all will be well

mizzforeveryoung : We spill that leave my/this house alot of time when angry. I pray they work things out. Marriage is too hard when it’s one way. 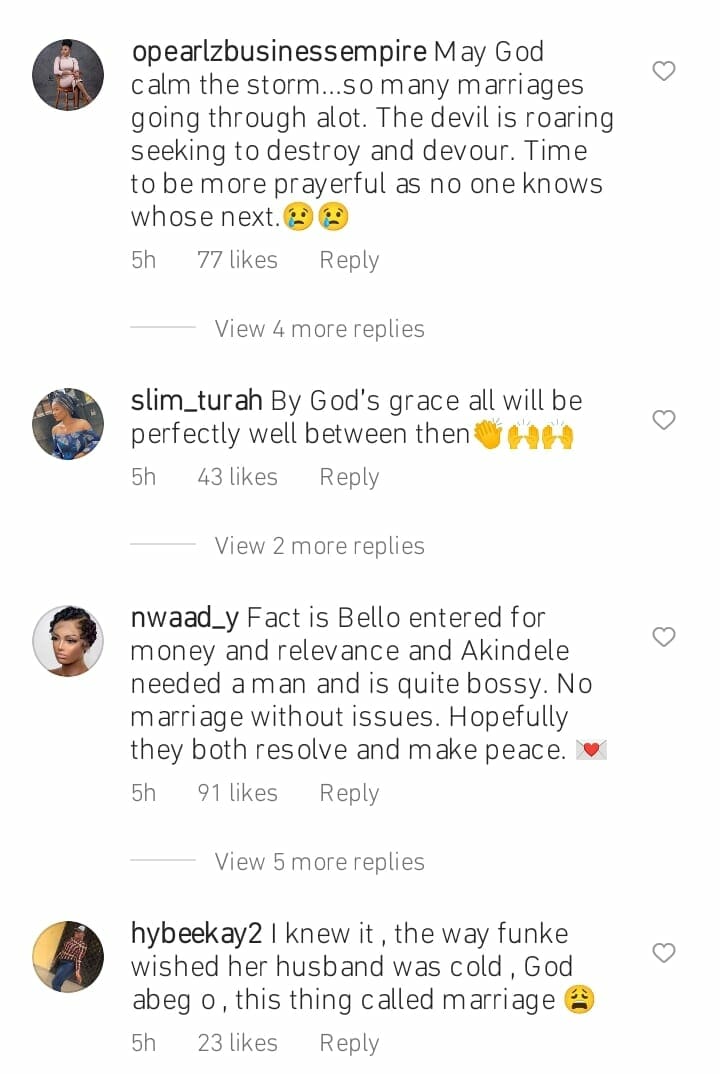 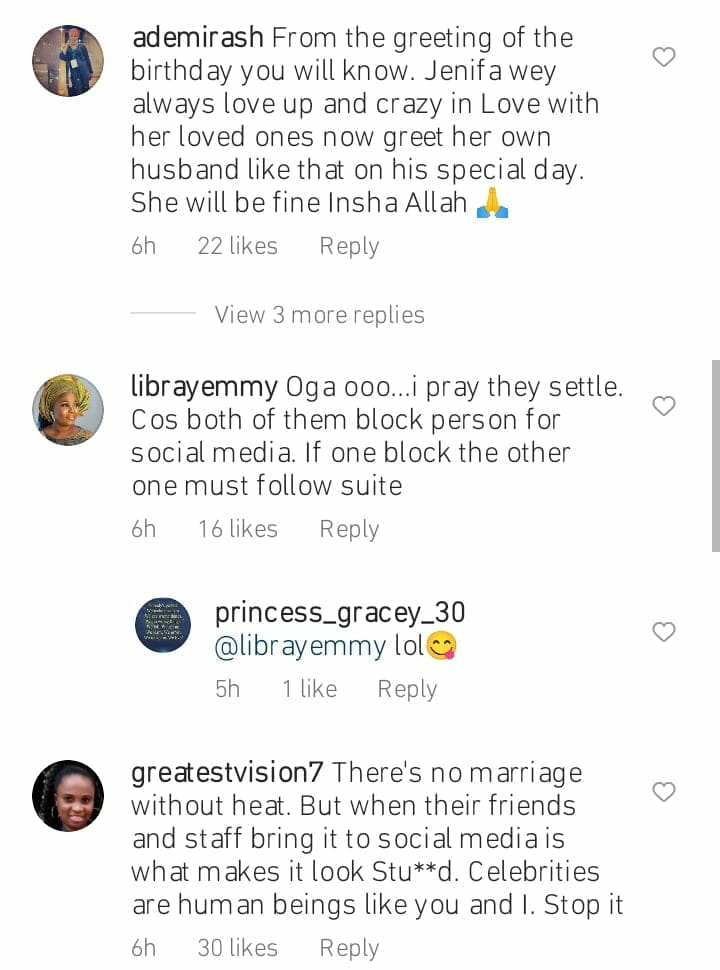 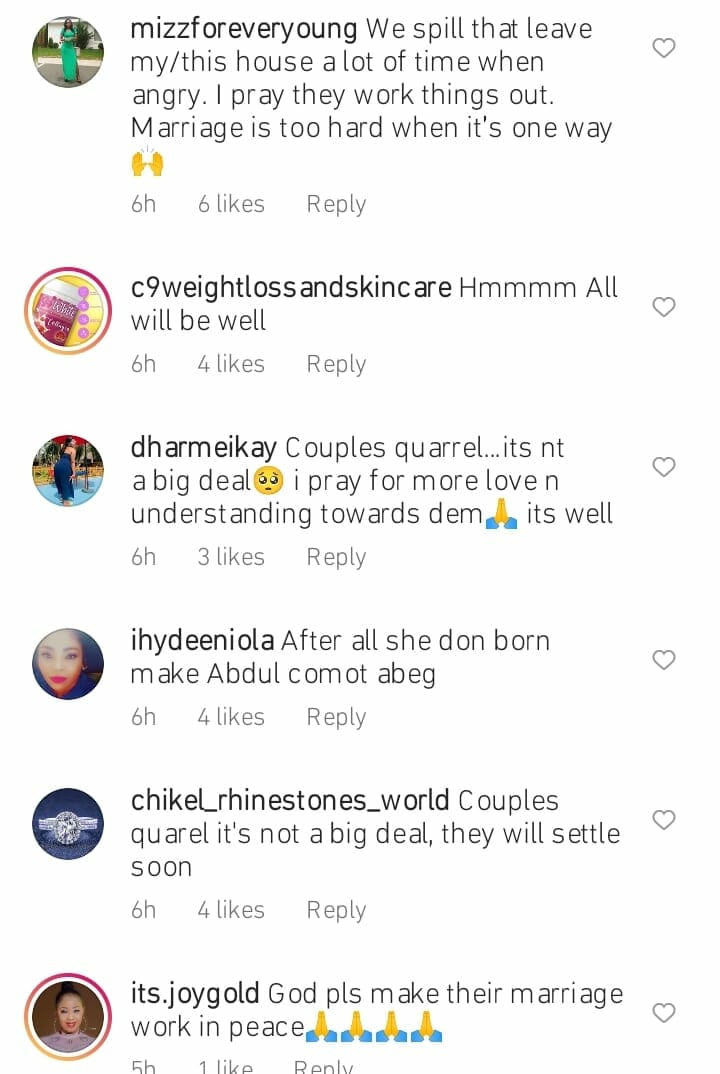