Dark-skinned pretty actress, Biola Adebayo aka Eyin Oka, walked down the aisle with her new lover today, after a terrible heartbreak in 2014.

naijabulletin recalls that her first marriage was in October 2012 to a man who was based in the United Kingdom called Ola. It was a private wedding in London and very low key. 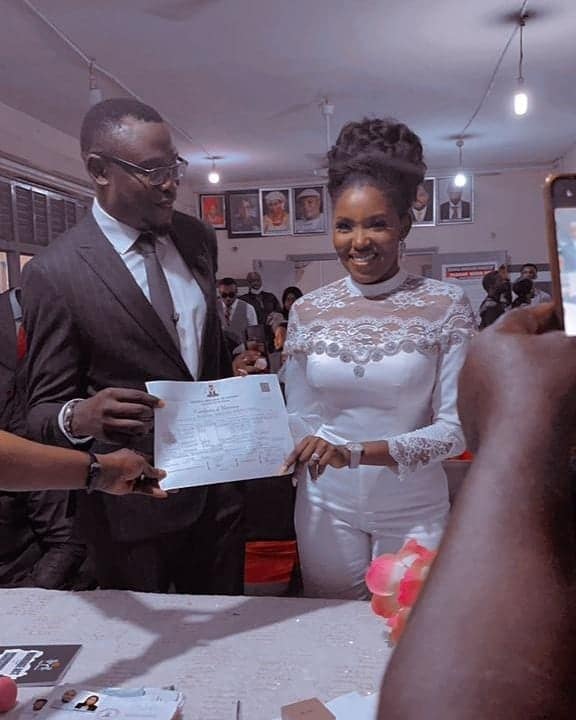 In 2013, Biola granted an interview to National Encomium, a soft sell magazine and talked about her marriage.

This was after she had gotten married and shuttled between Nigeria and United Kingdom. 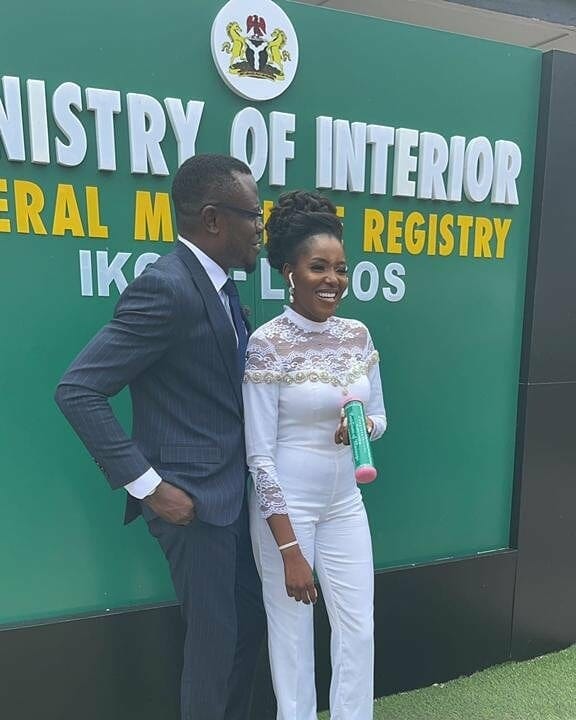 When asked how she felt as a married woman, she told the reporter, Olaronke Morgan, “It’s great. It’s something that at one point in your life, you have to do. It’s not as if its special or you’re the only one in it. At some point in your life, it’s demanded of you. There is time for everything.” 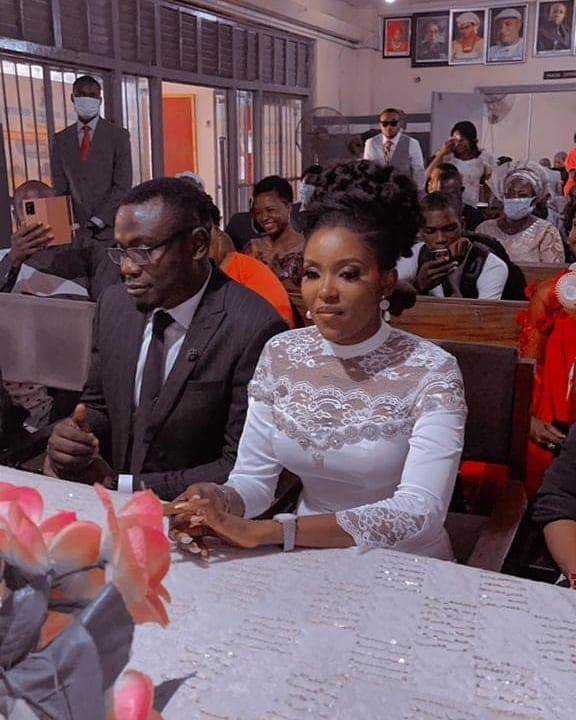 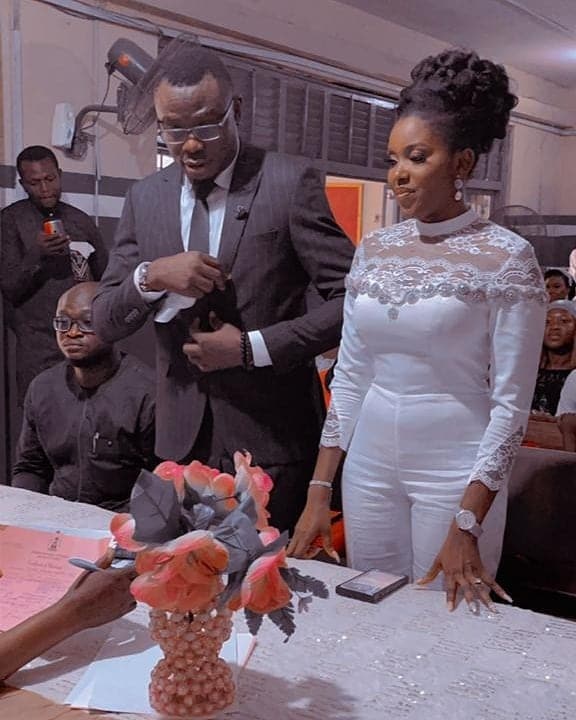 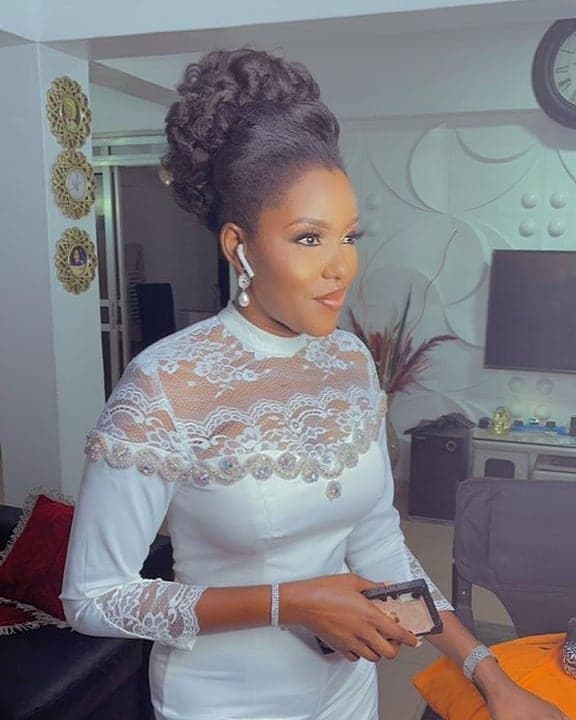 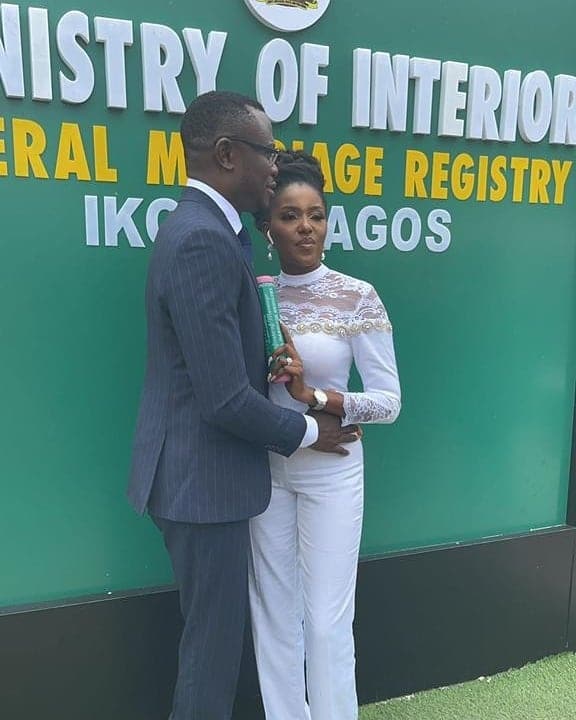 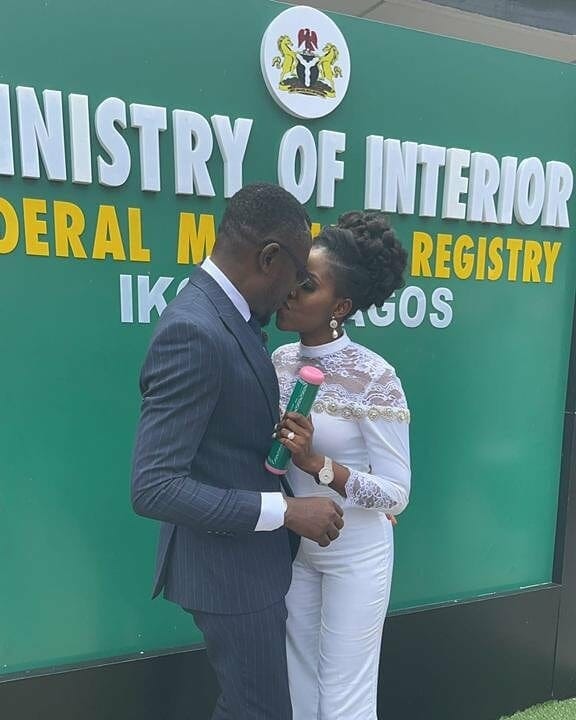 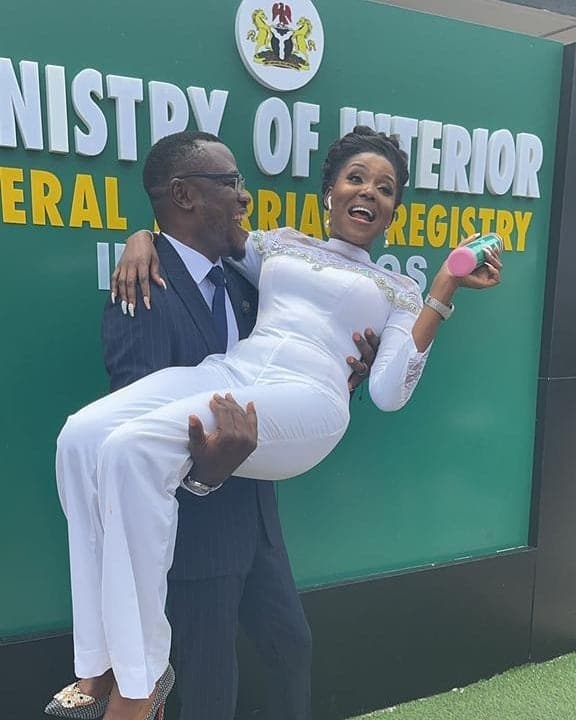 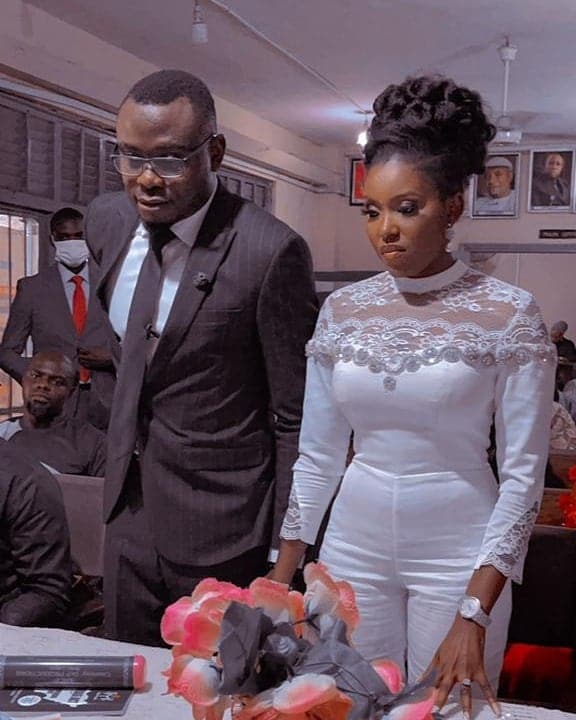 Then when asked to talk more about her marriage, Biola said, “There’s nothing too special about my marriage.

I am married to the most wonderful man in the world, a man that understands me, a man that cares for me,

a man that I knows he loves me. He‘s an IT person. He lives in the UK.”

She even revealed that the kids should start coming in when she relocated fully.

She did relocate to the UK and her face was off the cameras in Nigeria.

But the marriage with Ola didn’t make it to their second anniversary.

According to Biola, the couple decided not having children that would end up having the Sickle Cell disorder.

Thereafter, in an interview with Daily Sun, Biola confessed that they separated due to genotype issues but vehemently denied ever getting married to Ola.

Friends and fans were confounded.

Referring to the ceremony which held in London as an ‘engagement’, many still wondered how many women would wear a white wedding dress as an engagement dress and the groom would wear a suit in the presence of some party guests!

Anyways, Biola, who was born in Lagos and became popular with her lead role in the movie “Eyin Oka”, has moved on.

She is now Mrs Steven Akinrinde and decided to tie the knots with Mr Oluwaseyi Akinrinde at the Ikoyi, Lagos Registry two days ago.

This time, her close colleagues and family members were in attendance.

Meanwhile, in her wedding videos shared on Instagram, the actress wrote this caption:

“Happy married life to us babe….I said Yes! and today we started a journey to forever.

This journey called marriage “ as assertive as I can be with many things in life,

at the feet of the Lord Jesus, I’ll do my part and I’ll leave God to perfect the rest. Don’t expect

perfection from us because we’re not but our God is and we have put him at the center. Babe,

thanks for choosing me to walk the “Journey” of life with you, I wholeheartedly choose you above anyone else.

“I hawked bread to see myself to University” – Nigerian actress, Biola Adebayo