Nollywood actress Empress Njamah has proven she is a true friend. The actress has cried out to the public to join her in catering for her late best friend and colleague, Ada Ameh’s mother. 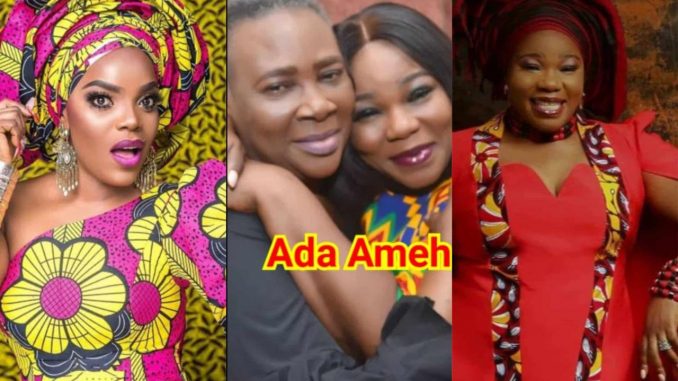 The actress is soliciting funds to take care of her mother.

We reported that the screen goddess passed away on Sunday night, July 17, 2022, in Warri, Delta State, around 11 pm.

Ameh was said to have been a guest of an oil company toyshop and his family when she suddenly collapsed.

NB got the news that Ada Ameh died of mental issues and a heart attack.

Taking to her Instagram page, Empress Njamah pleaded with Nigerians to join her in caring for the aged woman.

According to her, Ada Ameh left an amazing mother who was her priority before her untimely demise.

Empress Njamah admitted that she couldn’t do this alone, hence the need for their support.

“For the love of Ada Ameh.

Together we can do this for her mum, I can’t do this without you all, God bless you).

She left an amazing mother behind, her mother was her priority, I can’t do this alone without you guys…. Please join me let’s do this for our beloved Ada Ameh, it’s now my priority”.

News recalls the family of late veteran actress, Ada Ameh, had released a statement on her funeral date.

Giving an update on her burial rites, Abahi Ameh, Ada Ameh’s younger sister, who spoke on behalf of the family, revealed that the actress would be buried in August.

According to her, August 25th and 26th had been slated for her burial.

Abahi appreciated the Actors Guild of Nigeria and other bodies who have stood with them during the trying times.

“Goodmorning everyone, my name is Abahi, I am Ada Ameh’s younger sister. I want to thank you all for standing by us. We are a large functional family. We can’t be wiped off. My husband and I decided to take this initiative to collaborate with her to give announcements, and a few persons misinterpreted our intention. There is a lot we have seen in the past week that we are not comfortable with. Plans for her burial are ongoing. We have fixed the burial date for 25th and 26th of August, 2022”.

Before that, Ada Ameh’s family accused people of setting up condolences and mourning houses without their consent.

In their statement, Ameh’s family revealed how people had been attacking her younger sister, Ameh Abahi, and her husband, Hotom Azuma, for their collaboration on her page.

The family stated that it saddened them to realise that the public preferred to hear that Ada Ameh had no living family members so that they could sympathise than hear the truths from family members.

It became obvious to them that their intentions had been largely misinterpreted and twisted by strangers who wanted to continue to promote the wrong narrative about their family.

The post added how the family had stayed quiet about her death for a while. They received several calls from people setting up condolences and opening mourning houses without the family’s consent. 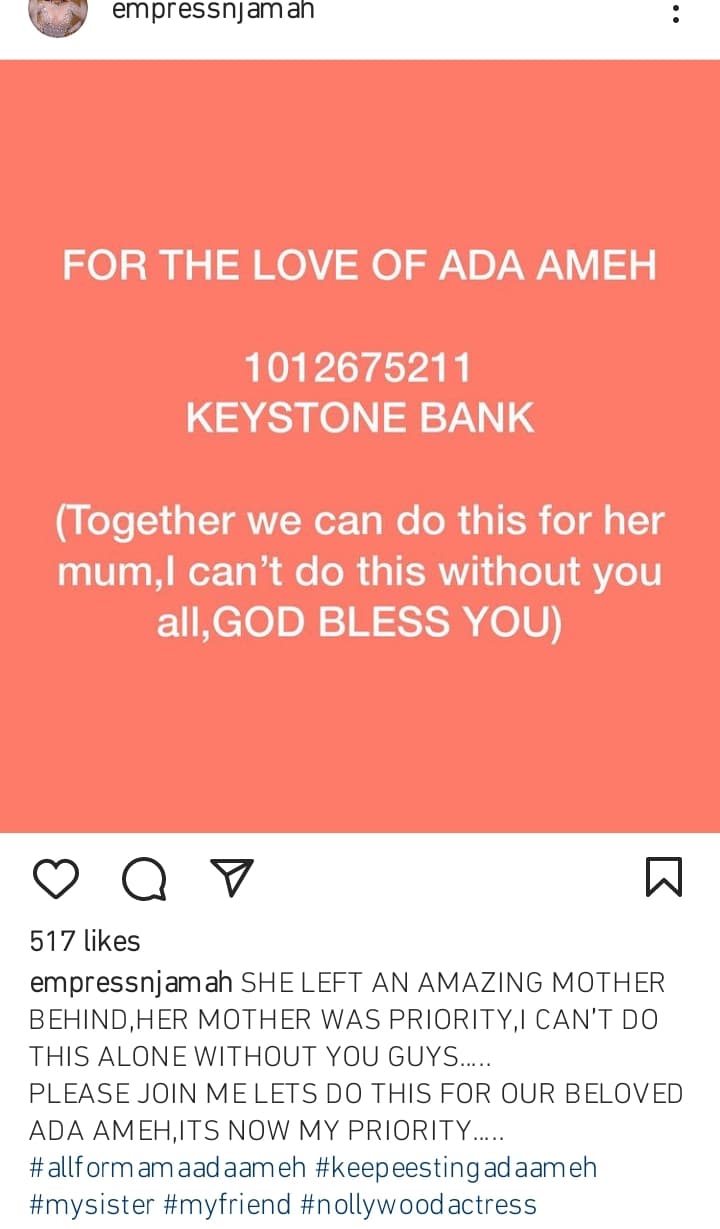