‘I don’t need money for food or drugs, give me money to buy w e e d’ – Nosa Rex shares message he received from fan 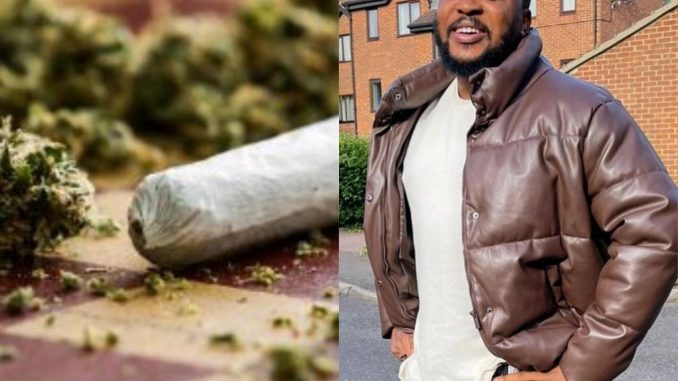 The guy said that he does not want to buy food, rather he needs money to buy weed and smoke to clear his head.

According to him, the money he had was sent to his mother for her to buy food stuff for the house so he is now cash strapped.

The fan said he deliberately decided not to lie that he needed the money for to medical treatment because he is in good health and that is not what he needs it for.

He said that adulthood is very depressing and frustrating and the only thing that can give him joy and be able to have a clear head.

The man stressed that he is not into drugs as the only illicit substance he ingests is marijuana commonly known as weed.

He informed Nosa that whenever he gets salary, he always stocks his house with food and subsequently gets broke, which is the current situation, hence why he needs the money.

The actor who was rendered speechless asked fans if he should consider the man’s plea and send him some money.

Sharing a screenshot of the message, Nosa wrote;

”GREETINGS BOSS, MUCH RESPECT TO YOU. SIR PLEASE HELP ME WITH ANY AMOUNT OF MONEY SO I CAN BUY IGBO. THE LAST MONEY I HAVE, I HAD TO SEND IT TO MY MOM SO THEY CAN STUCK UP FOOD IN THE HOUSE.

SO I DON’T HAVE ANY OTHER MONEY LEFT TO BUY IGBO FOR MYSELF. BOSS I CAN’T COME AND BE TELLING YOU LIES THAT I WANT TO USE THE MONEY FOR HOSPITAL, NO SIR I’M IN GOOD HEALTH EVEN MY FAMILY MEMBERS.

ALL I JUST WANT FROM YOU IS MONEY SO I CAN BUY IGBO SO I CAN SMOKE AND THINK STRAIGHT AND AT LEAST I CAN FEEL SOME JOY, BECAUSE THIS ADULTHOOD IS VERY DEPRESSING AND FRUSTRATING. SIR I’M NOT INTO DRUGS I ONLY SMOKE IGBO THAT’S ALL.

FOOD IS NOT THE PROBLEM SIR, ANYTIME I EARN SALARY I STUCK UP FOOD STUFF BUT RIGHT NOW I’M BROKE AND WHAT I WANT TO BUY FIRST IS IGBO SO I CAN CLEAR MY HEAD, LIFE E NO EASY BOSS. IF GOD TOUCH YOUR HEART TO HELP ME I’LL APPRECIATE IT BOSS, THANKS BOSS.”