In the post shared on his Instagram page, Falz said the song ‘Soft Work’ was an artistic representation of his story when the song was released in 2016.

READ ALSO:  Actress Sikiratu Sindodo gets emotional as she celebrates her mother’s birthday

However, five years later, not so much has changed about him, but he cannot use the lines of the song anymore as he’s more mature now.

He wrote: On this exact day, 5 years ago (July 6, 2016), I released this smash. It was an artistic representation of my story at the time. Genuinely fulfilling my passion & having so much fun while at it.

READ ALSO:  If you didn’t get married as a virgin, you’re a sinner – Moyo Lawal blows hot

5 years later, not much is different .. Only that I can’t say this line anymore – “mature money and I ain’t even 30 yet”
Yah. Turned 30 last year thank you @sesstheprblm for this beat 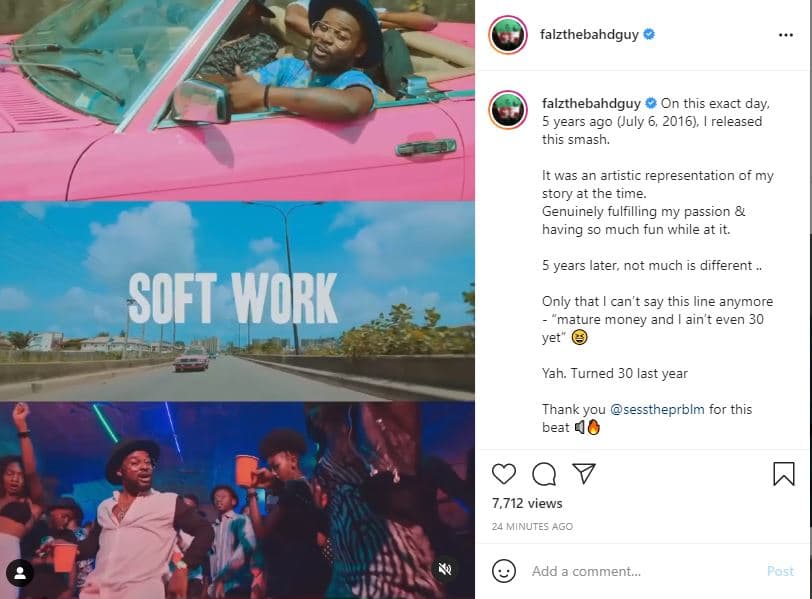 I’m having so much fun fulfilling my passion Rapper Falz…