The photo which was from a movie scene Joke acted caught the attention of many social media users and has generated lots of comments.

According to controversial blogger, Gistlover, the mother of one is deceiving people into buying her chemical-based cream and soap.

Gistlover also dared the actress to show her body on Instagram live video if she is sure that she does not have those stretch marks.

READ ALSO:  “Be the upgrade you’ll like to get” – Toke Makinwa encourages

Reacting to this, Joke decided to make use of the free shoutout she got from Gistlover by offering a 50% discount on some of her products which she portrayed to be selling out seriously. 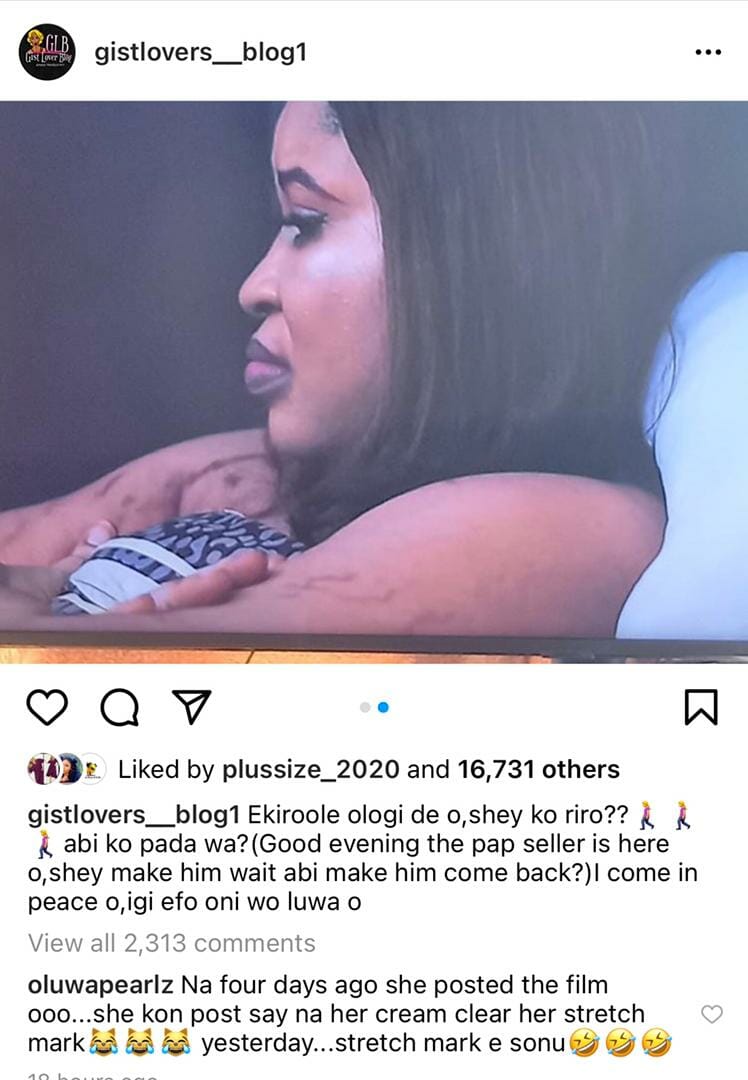 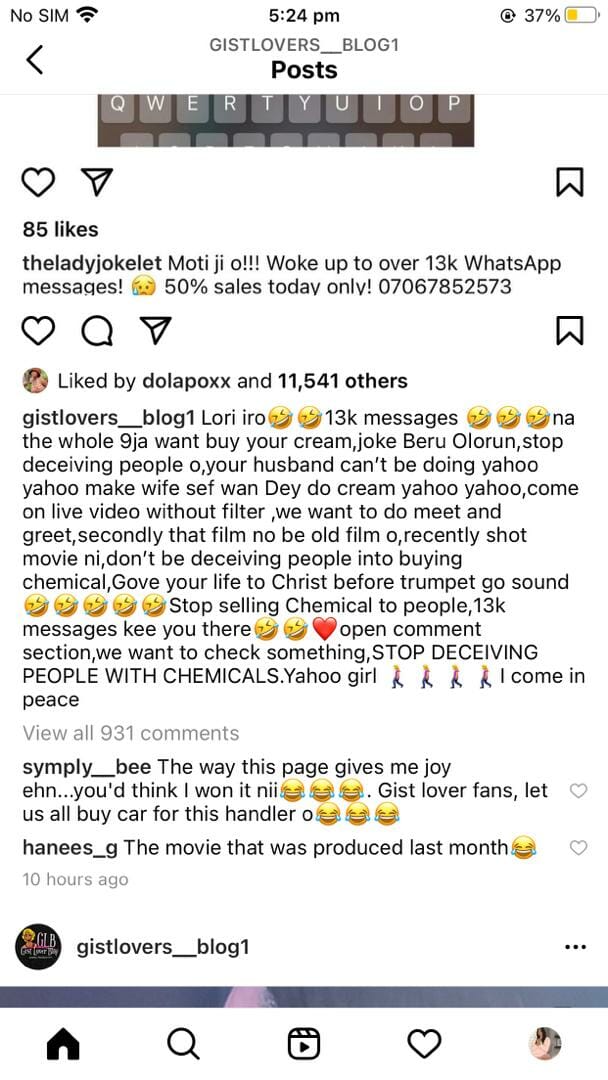 ‘Stupid people’ – Actress, Joke Jigan blasts Nkechi Blessing, others for choosing not to celebrate her birthday