Nollywood actress Destiny Etiko has joined the league of Etinosa Idemudia, Iyabo Ojo and many others as she acquires a new house.

The actress had celebrated her birthday on 12th August 2021 with stunning photos and several birthday wishes and messages from her fans and colleague.

In a new Instagram post, the actress said she gifted herself a new mansion for her birthday and expressed appreciation to God.

She captioned the post: A BIRTHDAY GIFT FROM ME TO ME Thank. u Jesus.

READ ALSO:  ‘He has refused to age’ – Mercy Aigbe, Toyin Abraham others celebrate RMD at 60

Destiny Etiko who is known for having a big backside twerked hard on the aged actress as Ngozi Ezeonu watched in shock. 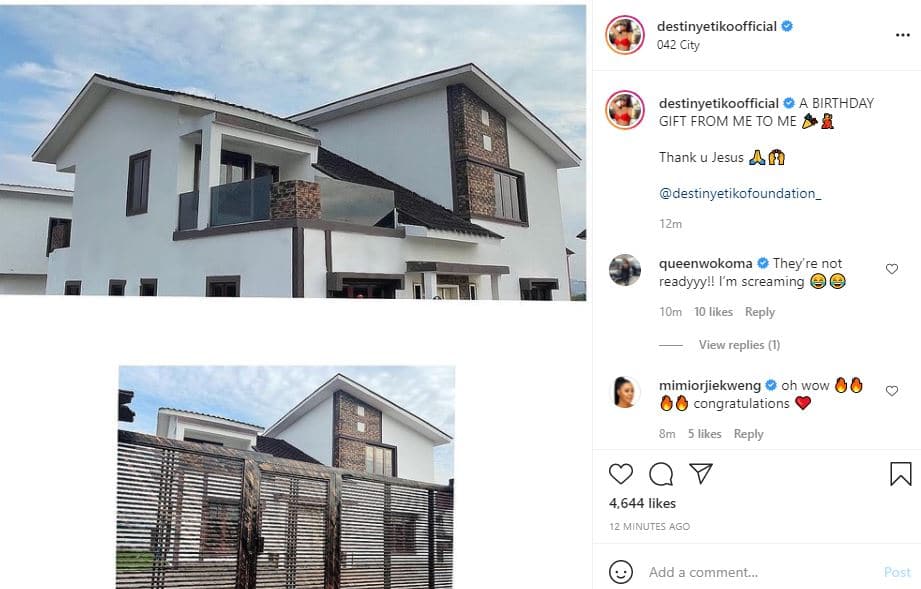 Actress, Destiny Etiko narrowly escape death on her way from her colleagues funeral

Actress Destiny Etiko shows off the massive money cake she received from her colleague, Uche Elendu on her 32nd birthday