Nollywood actress, Kemi Afolabi has been left speechless over the massive show of love and support she received as she battles a terminal ailment.

Naijabulletin News reported on March 11, 2022 that the actress had opened up on suffering from Lupus.

In an interview with media personality, Chude Jideonwo, the actress revealed that she had been diagnosed with lupus and she had just five more years to live.

Following the revelation, the actress received lots of love and support from the public. Her colleagues in a bid to save her life, fund raised for her.

Kemi Afolabi kept a low profile after the interview as many of her colleagues couldn’t reach her.

Showing her appreciation to all who reached out to her and showed her love, she wrote in a lengthy post on her Instagram page,

“The endless love and support I have review from all of you, family, friends, fans (who I call family now), colleagues, Associations, well wishers has been immense. Trust me, it wasn’t an easy decision for me to put my story out there, it took a lot of courage and strength! I had to do it regardless, go encourage people in similar situations and even worse that when there is life, there is indeed hope. Alot of you reached out to me every single day! Prayed and showed me a lot of care especially those I barely know. The love you showed me was so immense that my courage got renewed and my zeal to fight for life became stronger. It has indeed not been an easy ride for me and my family but your kindness has gone along way in easing this pain and burden”.

She added, “Mere words cannot express how good I felt about my friends and colleagues who only did not put together the idea of raising funds to assist in paying my medical bills, but also showed up big time by contributing to that effect which left me stunned! Thank you my people I sincerely appreciate you guys a whole lot. God bless abundantly and replenish the pockets of every soul out there who deposited funds for treatment for me and reached out to offer help by every means possible. I pray for all of you today that God gives you good health of mind and body, perfects any situation or problem you might be encountering makes your life from sickness and pain. Amen. To those who might be battling a thing or the other, may he give you the strength and courage to fight and overcome. Thank you so much for love, I am not only grateful but forever indebted to everyone. Honestly there are so many people I still want to thank and I will be back to round up my epistle”. 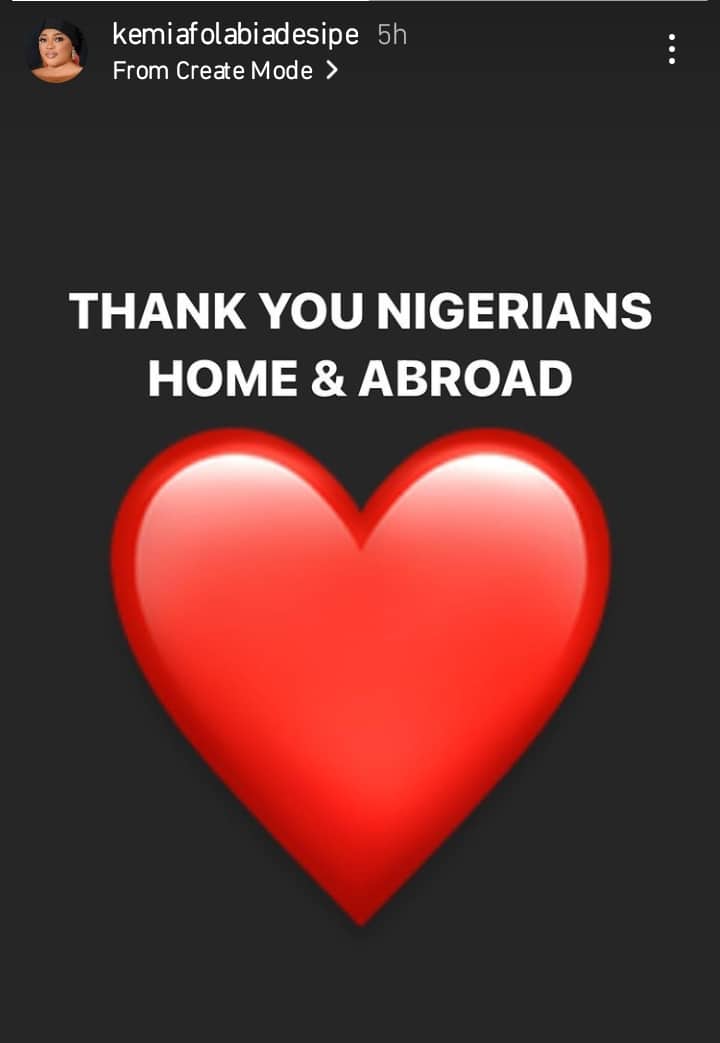 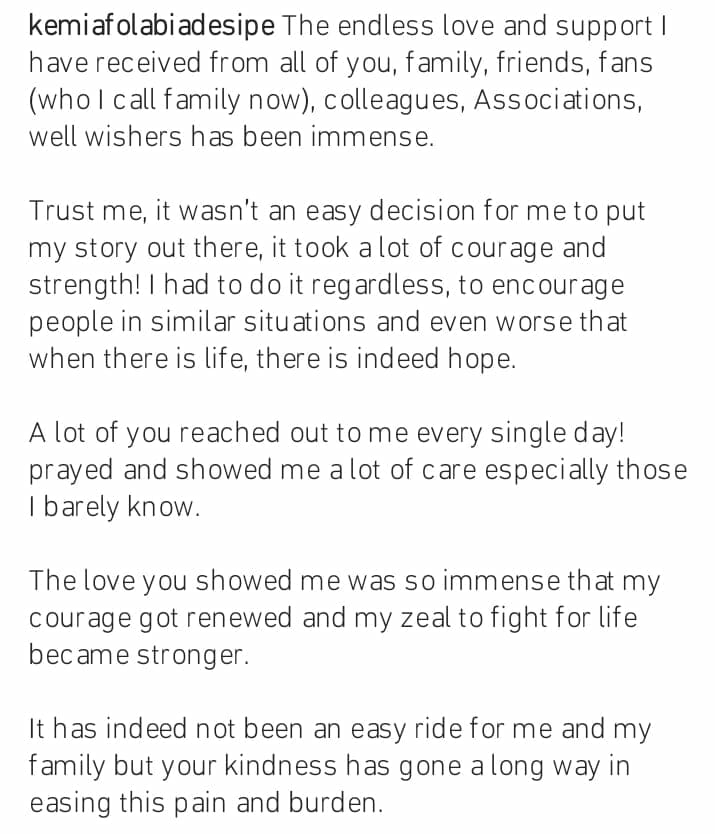 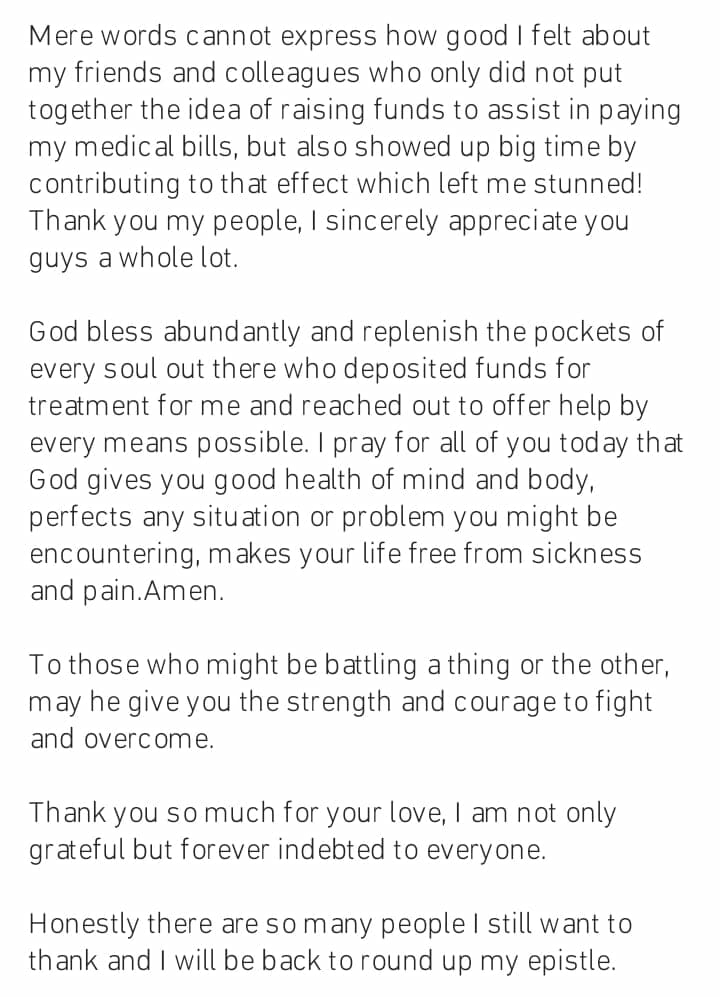