Killer herdsmen: ''Blaming Gaddafi shows you are incapable of handling our security challenges'' PDP Tells Buhari » Naijabulletin
BREAKING
Published on: September 22, 2021
The Peoples Democratic Party (PDP) has asked President Muhammadu Buhari to admit that he has failed woefully in his promise to end insurgency in the country, instead of always resorting to excuses, particularly in the international arena. 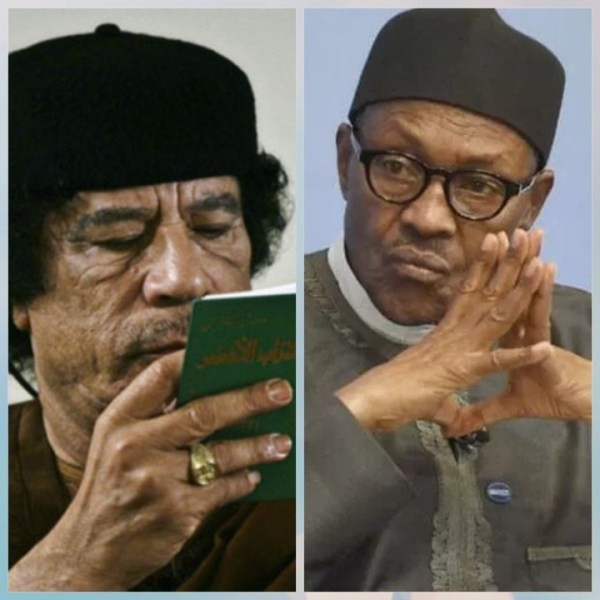 The party says by running to Archbishop Justin Welby to declare that the insurgents and marauders pillaging our people are fighters from late Muammah Gadaffi’s Libya, President Buhari confirms the position of Nigerians that he is incapable of handling the security challenges of our nation.
We invite Nigerians to recall that in November 2017, President Buhari had informed the Nigerian community in Abidjan, Cote d’Ivoire that Gadaffi’s fighters were responsible for the escalation of Boko Haram insurgency.
This time, Mr President has revealed that the killer-herdsmen ravaging our nation and killing our people are from Libya.
If the All Progressives Congress (APC)-led Federal Government knew all these while that
the marauders and insurgents are invaders, then why is it engaging them in dialogue, reportedly paying ransoms and even considering the amnesty option for them.
In the same vein, Nigerians should demand explanations from President Buhari on why his administration has been asking the victims of marauders’ attacks in various states, particularly, Benue, Taraba, Kogi, Nasarawa, Zamfara, Plateau, among others, to learn to accommodate, if it knows that the attackers had links with Libya.
Our take remains that President Buhari and his dysfunctional APC should simply admit that they have failed to safeguard the lives of our people as well as the territorial integrity of our nation.
We therefore urge Nigerians to continue to be at alert and support one another in this trying time, irrespective of ethnicity, creed or class, as we collectively work to salvage our nation from the misrule of the incompetent APC, come 2019.
As a party, we are already working on resetting the agenda of our nation and we are determined to reinvent the wheel of our national fortunes.
SHARE WITH FRIENDS

This man threatens his ex-girlfriend with her nudes over infidelity, see more here.

Lady called out by OAP Freeze for owing him finally speaks, read here.