Nollywood actress, Ini Edo has shared a motivational message to her fans on Instagram days after being accused of having an affair with a married woman. 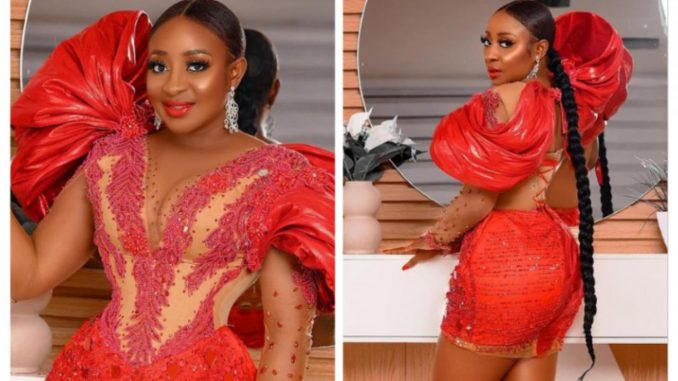 News reported that controversial blogger, Cutie Julls had accused the actress of having an affair with AFRIFF boss, Chioma Ude.

The blogger claimed that Chioma’s man had mentioned it to some of his friends in London a few years back.

The man was quoted to have said he had his suspicions based on findings.

The post read, “Eei Aunty Chioma so she is a daughter to me bla bla bla all along knacking. Hmmm me like how Ini and her boo are wearing matching outfits sha. So it turned out that Aunty Chioma of AFRIFF and Ini Edo are Lesbs. Sometime back, Aunty Chioma’s man mentioned to some of his friends in London few years back (Confirmed). The man was quoted to have said he had his suspicions based on findings. Lo aka behold, it has turned out to be true. But hey, crucify none cuz no one should be judged based on their sexuality. It’s okay to be BI but not when one is committed in another relationship”.

The unconfirmed reports were on the lips of many as they condemned the actress for her lifestyle.

Reacting to it, Ini Edo stated that she shuts her door to every noise.

According to her, she stays focus driven.

Ini Edo added that her only competition is herself and that’s on God.

“Crushing on this woman WCW. Staying focus driven. Doors shut to every noise. My only competition is me….and that’s on God!”.

In similar news, Yoruba Nollywood actress Bimpe Akintunde otherwise known as Wasila Coded shared an inspirational message on Instagram after a controversial blogger laid an allegation against her.

A controversial blogger alleged that actress Bimpe Akintunde and some other colleagues were having an affair with a London-based female Pastor.

The unconfirmed reports were the internet’s talk as many condemned Nollywood stars over their lifestyle.

Taking to Instagram, Bimpe Akintunde shared a beautiful photo of herself with an amazing caption depicting that she was unbothered by the unconfirmed reports making waves about her.

Wasila Coded urged her fans to be focused because it is one of the determinants of their reality, and their feelings also speak volumes about their focus.

News recalls that Ini Edo had reacted to the rumor of an affair with a married man.

A certain blogger Cute Juls had alleged that the actress was in a relationship with the chairman of Dimalor Group, Obialor Obidimalor.

The blogger accused Ini Edo in a post on Instagram claiming that Obialor vacationed with Ini Edo in France, but the alleged lovers decided to make their meeting less suspicious by posting photos from different locations.

Now reacting to the accusation in an Instagram post in the early hours of Wednesday, July 6, 2022, Ini Edo dropped a cryptic message on Instagram, warning about karma.

“When you’re ugly on the outside and on the inside, You will get what’s coming,” she wrote. 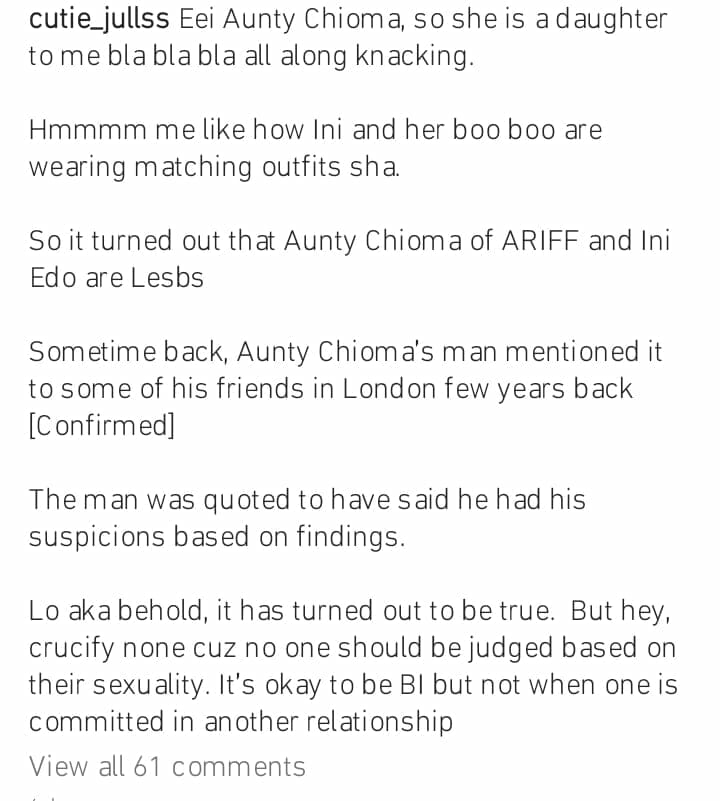 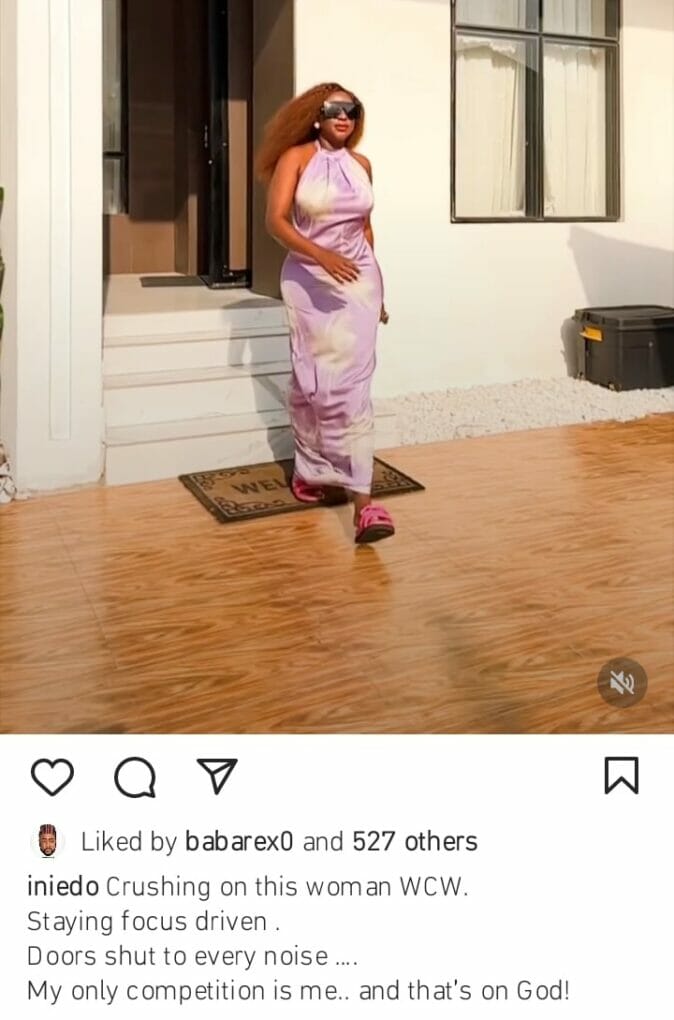