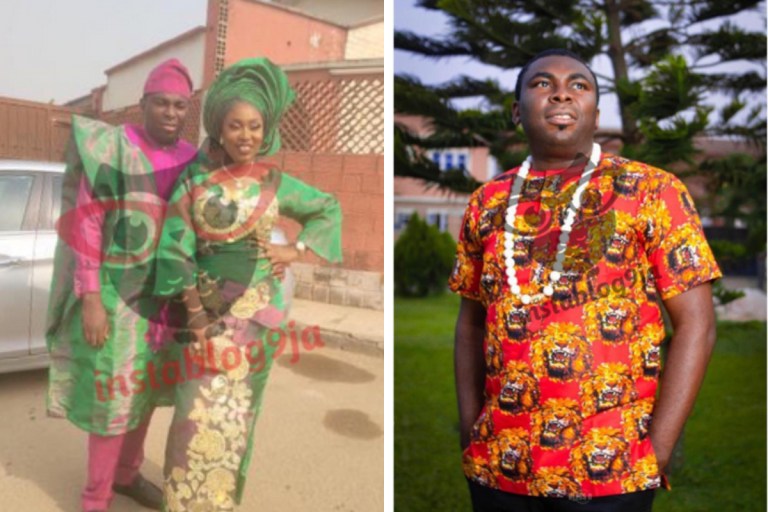 A Nigerian lady identified as Oladimeji Oluwatosin has expressed her displeasure after her newly-wedded husband deceived her into marrying him by posing as a rich man.

According to the lady, she dated her husband for six months after which he revealed his intentions to marry her. The lady revealed that they got married on 19th February 2022 at First East Circular Road, in Benin City, Edo State.

She said that her husband borrowed money to show off while asking for her hand in marriage and she accepted his proposal alongside her family.

While the wedding preparation was ongoing, the lady revealed that her husband lied to her that his company owes him N11 million, hence he is unable to fund the wedding at the moment. She then convinced her family to take care of the wedding.

It was after the wedding ceremony she found out that she has been deceived as the man her husband claimed to be was only to entice the family into accepting his proposal. She said that her husband promised to open a tailoring shop for her but he couldn’t honor his promise since he couldn’t even afford to feed her.

Since they are both Jehovah’s Witnesses, divorce was not allowed only on the grounds of adultery. She then threatened to inform their church elders about this but the husband threatened to k!ll her if she does since he knew he will be disfellowshipped.

She recounted that she was one day locked in the bathroom by her husband and it took the intervention of their neighbors before she was rescued and she packed out of his house that very day.

The lady then advised her fellow women who dream of getting married any time soon to conduct thorough investigations about their partners before accepting their proposal.