Fast rising actress and alleged side chic of actor Odunlade, Nike Hamzah has honored the wife of the actor, Nike Hamzat with a short beautiful message on her Instagram page to celebrate her 40th birthday.

“Happy birthday Ma, Mummy D4, my boss’s heart rob, One of the humble, caring, loving and selfless woman I’ve ever met. I wish you many more years on earth in good health and wealth. Have a wonderful birthday Ma” Nike Hamza writes. 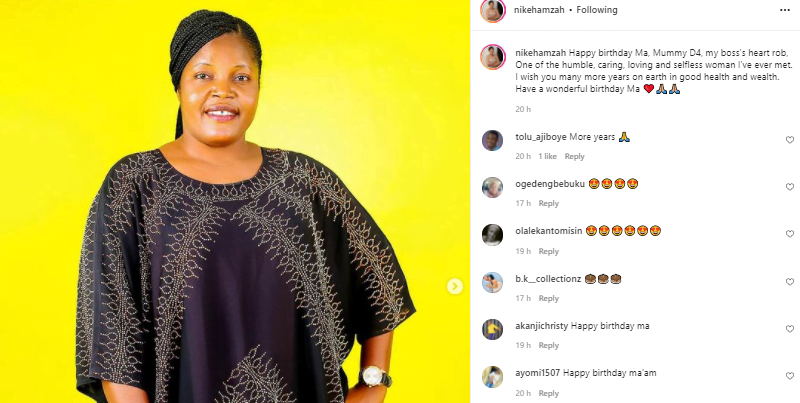 News recalls that Odunlade Adekola was called out a few weeks ago by Instagram blogger Gistlovers for allegedly being involved in $ex for a role scandal with Nike Hamzah and other upcoming female actors.

Reacting to the report, Nike Hamzah denied dating Odunlade Adekola or offering him $ex for a movie role in a video shared on her Instagram page.

She called on those speculating such reports to desist from it and avoid spoiling her brand and the name of Odunlade Adekola in an attempt to ruin his reputation.

Actor, Odunlade Adekola celebrates his wife on her 40th birthday