Popular skit maker, Oderhohwo Joseph Efe, professionally known as Carter Efe, has revealed that he was given N10 million to shoot the video for Machala. 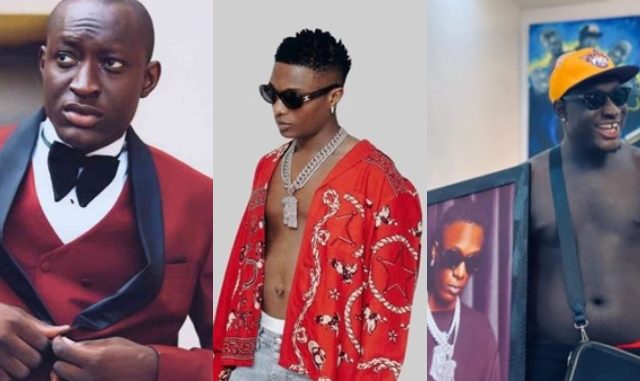 He made this known during an Instagram live session while replying people criticising him over the way he declares love for Wiz.

Carter Efe said people often mock him by suggesting that Wizkid would never notice him or offer any type of help.

He went on to state that the critics have no idea how Starboy has changed his life which is why they are talking the way they do.

The singer, however did not disclose the identity of the person who gave him the N10 to Machala video shoot.

Efe said; ”For my music video, one person supported me with about Ten million Naira. I am not capping. After you’ll be saying ‘Wizkid no dey support.’”

In other news, Award-winning singer, Davido has heaped praises on his rival, Wizkid’s mum following their recent meeting at the airport.

The father of four couldn’t hide his excitement and even offered to help her carry her bag.

He revealed that he helped her carry her bags at the airport as she is a first-class citizen.

Days back, a rare video of Wizkid’s mother had surfaced online.