BREAKING
Published on: July 28, 2021
The Lagos State Police Command has arrested one Nkeiruka  Ngwu, female, 36 years old  of 47 Ogundana Street, off Allen Avenue, Ikeja,  a mother of four children, for physically abusing her ten- year -old househelp by name Chioma Samuel  whom she brought to Lagos from Umuoju, Ngwu in Abia State  sometime in January 2018  after the death of the girl’s father. 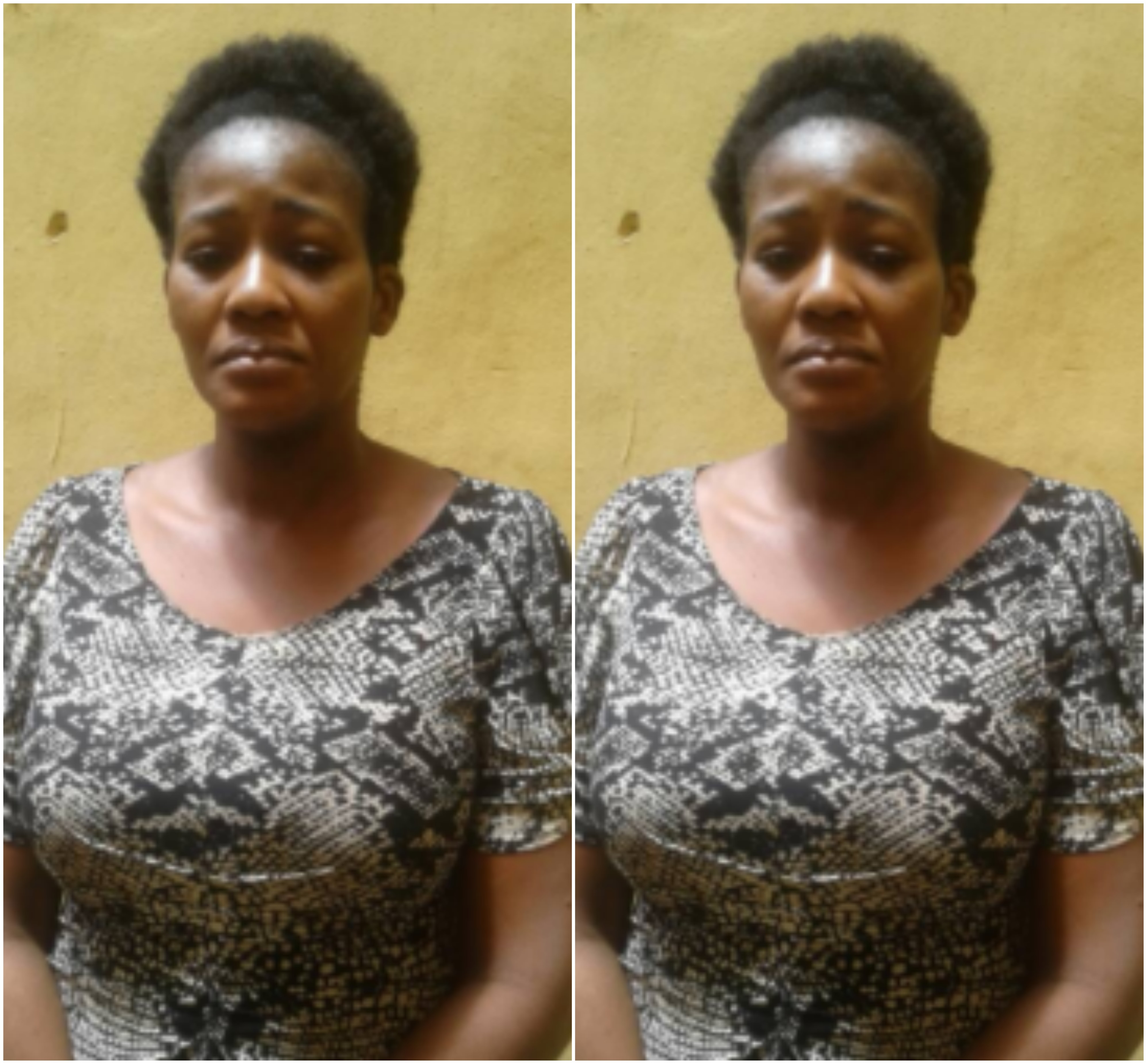 A statement by the command’s spokesperson, SP Chike Oti, says Nkeiruka Ngwu has made life a living hell for the child. Chioma has been mentally  and physically abused with many injury marks to show for it. Her latest tale of woes was recorded on Wednesday 7th of March, 2018 when the suspect allegedly used a well heated clothes iron to cause grievous injury on  the victim’s hands and legs. She also poured hot water on her which scalded her skin.
However, on Thursday 8 March, 2018, Nkeiru’s cup of iniquity got filled when she brought her  children to a private school located somewhere in  Ikeja, unfortunately for her, the prying eyes of other mothers  who came to the  same school to drop off their kids,  noticed the gaping wounds on the upper and lower limbs of the victim  who accompanied the suspect to the school. After questioning the girl, they waited for her Madam who had gone to drop her kids in their different classrooms. When she finished and was about to  drive off, she was  confronted by these women who  nearly mobbed her.  They were calmed by some teachers who heard their voices.  The women told the  suspect  to take the girl to a hospital or else they would  petition the Commissioner of Police Lagos State whom Lagosians have come to know as one who takes strong stance against  such crimes and other related crimes against  children,  women and  vulnerable persons in the society.
In spite of their warning to report her to the authorities, Mrs Nkeiruka Ngwu like the proverbial dog that wouldn’t hearken to its  master’s clarion  call when death is lurking around the corner, stubbornly came to the  school on Friday 9th March, 2018, accompanied by the child victim whose  wounds were  manifestly untreated.
On seeing that their warnings were  taken for granted, the  women  made good their promise  to call the attention of the Commissioner of Police,Lagos State to   the matter.  The CP immediately ordered the arrest of the woman and directed the Gender Section of the Command   to take the child-victim  to police hospital for proper  treatment. They are to ensure that the girl is fed very well until the Social Welfare Department of the Lagos State Government come for the girl .
Investigation into the case is in progress   meanwhile the adult offender would have her day in the court of law on Monday 12th March,  2018. 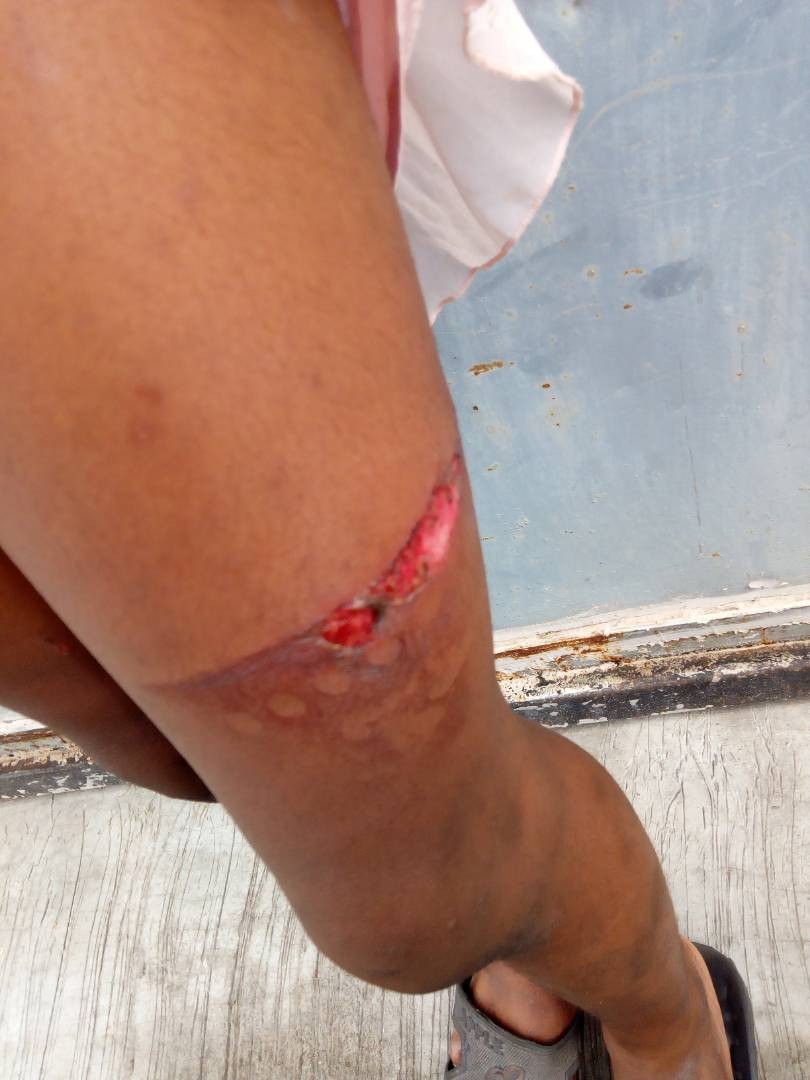 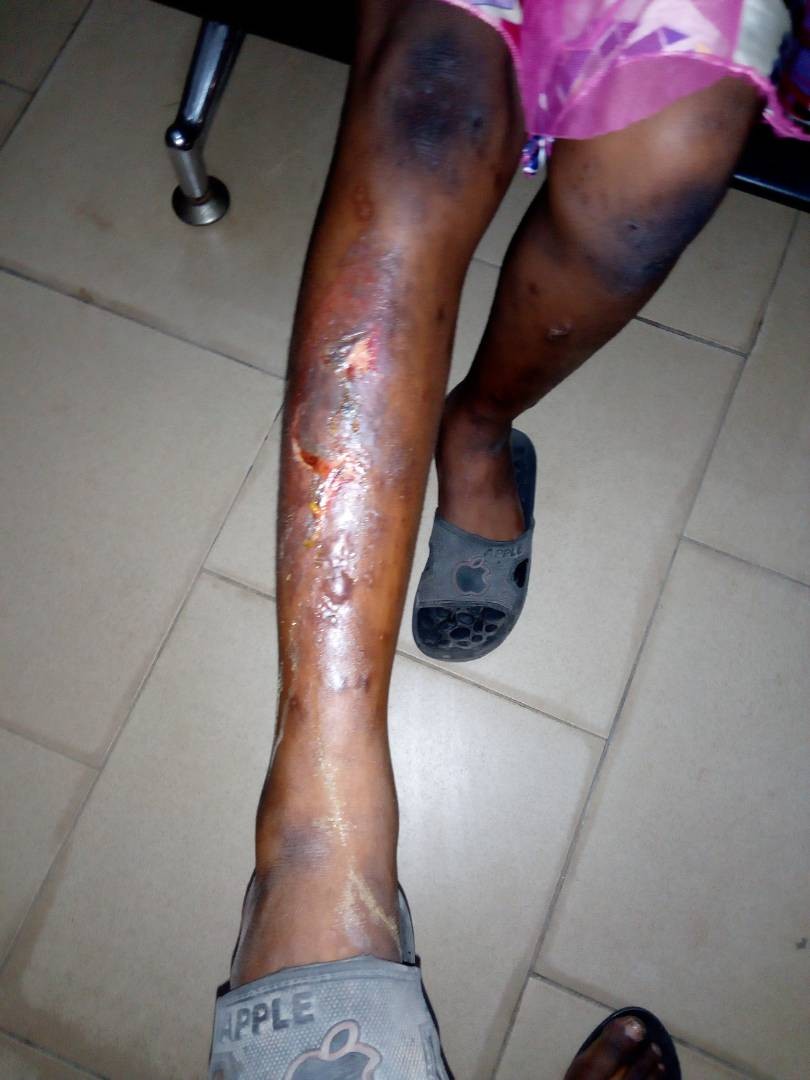