Iyabo Ojo’s daughter, Priscilla has taken out time to celebrate her brother, Festus on his birthday today.

Taking to her official Instagram page to pen down a lovely birthday message to her brother, Priscilla appreciated him for always watching out for her and for being the best brother.

Sharing a photo of the celebrant, the 20-year-old wrote;

“To my awesome brother @festo_baba HAPPY BIRTHDAY! Today we celebrate you! Thank you for always watching out for me and being the best brother ever.. love youuuu” 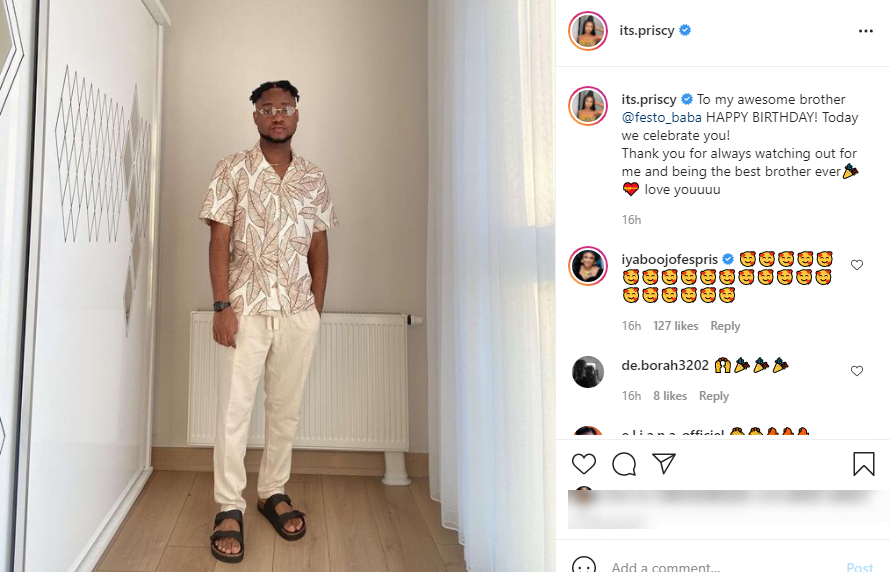 NB earlier reported that the actress gave her son a huge surprise on his birthday.

In a video Iyabo shared, she and a few other people took lots of gifts for the celebrant and they also gave him some birthday serenade.

Festus, who was left in awe at the surprise, hugged his mother in excitement, this generated reactions from Iyabo Ojo’s fans and colleagues as they gush over them, saying she is a great mother.

‘It doesn’t take me a minute to expose all your shady secrets and prostitution acts’ Mercy Aigbe’s ex-husband, Lanre Gentry, fires back at her