NB recalls that three years ago, the mother of two lost her second child, Ayomide, who was suffering from complications of sickle cell disorder

Every July 2nd has always been a sorrowful day for the actress as it marked the day Ayomide left the world.

READ ALSO:  Stay away from social media if you’re married, else it will ruin your union – Kemi Olunloyo

NB recently reported the light-skinned actress’s joy knows no bounds as she welcomed a grandchild from her other daughter and the excited grandma said the baby shares a striking resemblance with her late daughter.

According to the fulfilling actress, her late daughter returning as her granddaughter is the most gratifying experience ever.

Sharing a photo of Ayomide, She captioned: 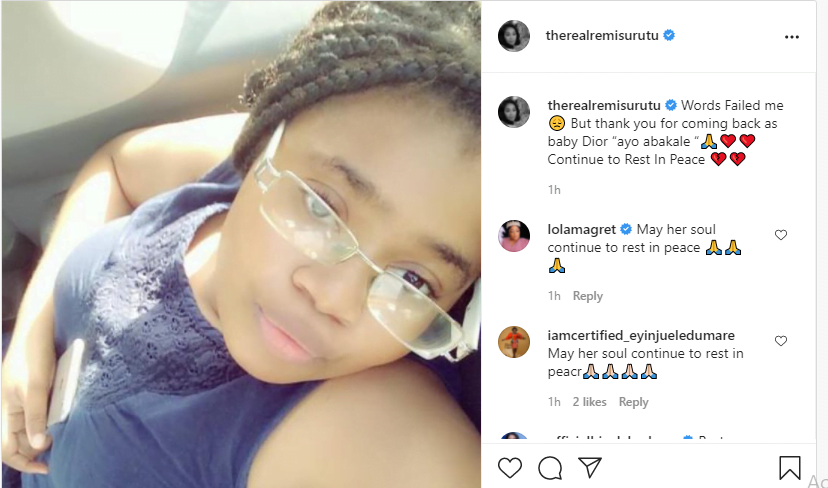 Remi Surutu grows short of words in honour of her late daughter..

How God gave me back my late daughter – Remi Surutu