Nigerian actress Empress Njamah still cannot get over the death of her best friend and colleague, Ada Ameh who died on Monday, July 18. 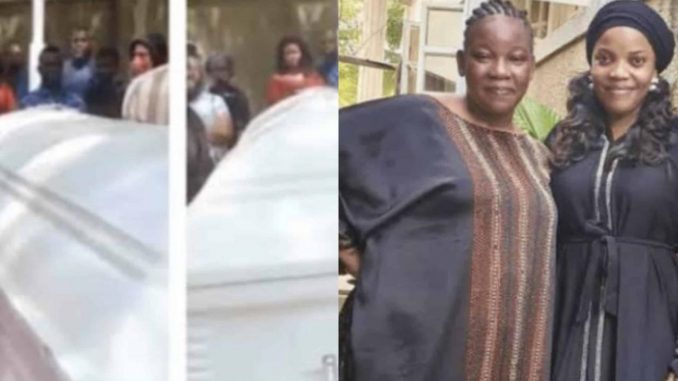 Empress Shared a video after the Actors Guild of Nigeria (AGN) held a night of tribute in her honour on Thursday, August 18th.
Empress who is apparently still in deep shock and sad over Ada Ameh’s death shared a video via her Instagram page where her corpse was laid in a coffin.

Grieving over her best friend’s death, the actress said seeing Ada Ameh’s’ dead body in a box is one of hardest thing to do.

HEARING YOU HAD LEFT ME WAS HARD,KNOWING I WILL NOT SEE YOU AGAIN WAS HARDER,MAKING THIS TRIP TO SEE YOUR BODY IN THAT BOX AND PAY MY LAST RESPECT WAS THE HARDEST, @emmanuelmaryene thanks for everything,kilogram you are amazing,goodnight dearest,keep resting away from this wicked world, 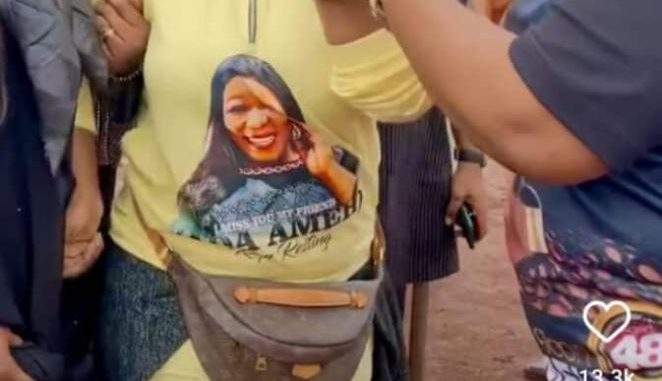 The atmosphere was filled with tears as many wept over her death.

Her colleague, Charles Inojie who played the role of her on-screen husband in popular Nigerian Comedy TV series, The Johnsons previously shared a video of Ameh in her casket.

He captioned his post: IT’S A WRAP FOR ADA AMEH. There lies a chip of us Deadpan and ice-frozen. There lies a broken heritage. Wrapped in a funeral encasement. In that air-tight wooden bed. Is our naked truth. No matter the differences we nursed. You can never tell. How much of us is in them. There again is a grim call. A charge to everyone. That none is promised tomorrow. That we may live today as the best of days. Spreading love beyond the bounds of our comfortable thresholds. Till the twilights dim on the hour not foretold. When the once sonorous symphony. Fades forever away. On the morbid horizons. Of life’s curtain fall.”