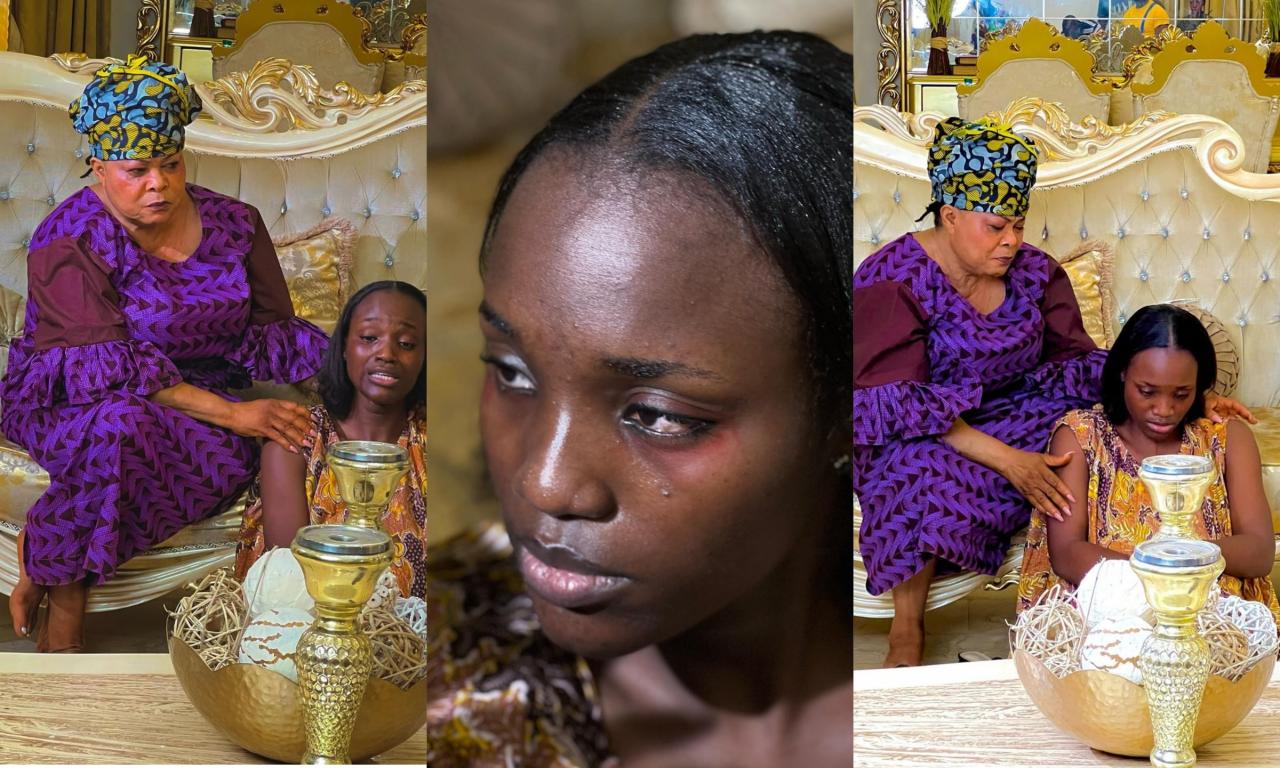 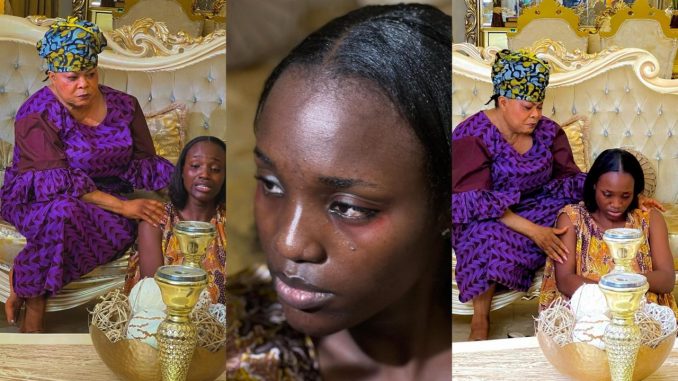 Sharing multiple photos of herself and the legendary King of Boys movie star, Bukunmi Oluwasina, disclosed how she was honoured to be partnered with Sola Sobowale for a movie.

Bukunmi Oluwasina who shared the photos on Instagram claimed that Sola Sobowale had been responsible for her welfare and disclosed how she had personally cared for her.

She wrote: I can’t wait for y’all to see this magic. Oloun
I had to come all the way for this cos i fell wholeheartedly in love with this script.
Plus @solasobowale Is such a mother. Too sweet and caring. She’s actually taking care of me on set, She Personally and single-handedly did my makeup for me. It such a great honour working with you again ma. And I always have different new things to learn from her every time. Oba is a Legend and more. solasobowale

Recalls that Sola Sobowale opened up on why she took a break from Nollywood some years back.

The iconic actress claimed she took a break because she chose her children over fame and money as she left her career to cater for their immediate needs.

Sola Sobowale disclosed this during an interview with Chude Jideonwo, where she recalled how she had to leave the country and her career to take care of her children who were schooling in the United Kingdom.

She said, “I went back to England and noticed the kids lacked motherly touch. Then I moved to England and forgot stardom. Now, all of them are working and now they appreciate me for my sacrifice and ask me to go back to what I know how to do best so that’s why I’m back in Nigeria.

“I was practically living in Enugu because I shot a movie, ‘Christ in me’ after the movie the fame came. So I was given another job, to film one and come back, eventually, I got over 10 movies so I was stationed at Enugu. And in one location I spent one week. In that one week, I was on N800,000 and that was in the year 2000. So like that, when I’m coming back to Lagos, I had over N5 million within how many months, the money was blowing. So I left that for 7 pounds per hour jobs in England. Then before I could take 1000 pounds I have to work extra hard.

She added, “There is nothing this woman cannot do because I know what is called dignity in labour. I will sleep anywhere so far it will put food on my table, cloth on my children, and shelter on my head. I swept, cooked, washed, mopped, cleaned offices. Yes, I did all those. The other thing is I wasn’t sleeping. On the train or bus, I make sure I wear my uniform with the name of the company like that. Now, I’m happy because it’s now history”.

Bukunmmi Oluwasina tears up as she bonds with Sola Sobowale