Popular Ghanaian-Nigerian singer, Oluwatosin Ajibade, alias Mr Eazi, could not contain his excitement after the President of Ghana, Nana Akufo-Addo followed him on Twitter.

“Ah I just saw this now!! Please nobody should think of me without my permission. I’m not you people’s mate!!!” he wrote. 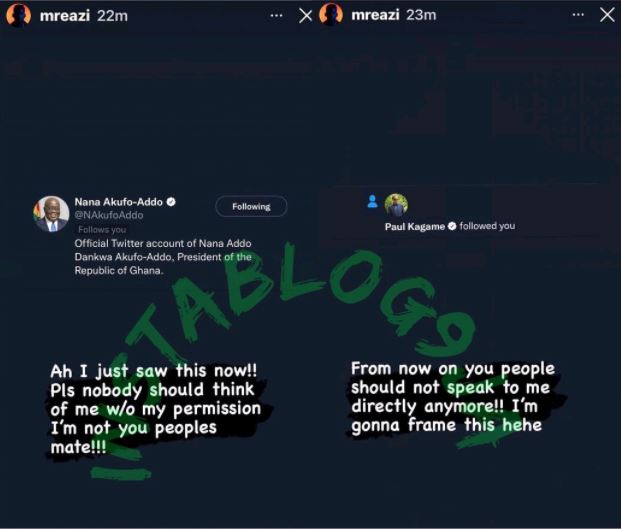 Sharing another screenshot evidence of the President of Rwanda, Paul Kagame following his account on Twitter, Mr Eazi added, “From now on, you people should not speak to me directly anymore!! I’m gonna frame this hehe.”

”I Have Dated A Bus Driver And There’s Nothing Wrong With It” – Billionaire Daughter, DJ Cuppy