Bereaved sensational singer Tiwa Savage has made a special request to her late father as she visits his home a few days after his death.

Tiwa Savage had lost her father in the earlier hours of Monday 19th July, an incident she described as a tough one that made her numb and weak.

The singer in earlier today, 21st July, paid a visit to her father’s home, expressing how much she misses him.

READ ALSO:  Tiwa Savage Reveals How She Got Blackmailed Over A $3xTape

According to Tiwa Savage, she prayed that her father would watch over her.

She wrote: Pray you are watching over me. Home, miss you, dad.

An act showing they are still mourning their friend, Obama DMW, who passed away on Tuesday 29th, 2021, and was buried according to Islamic rites.

In a video shared online, they were spotted at the graveside alongside other crew members. 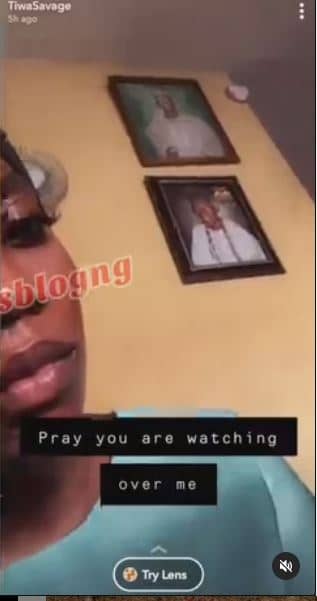 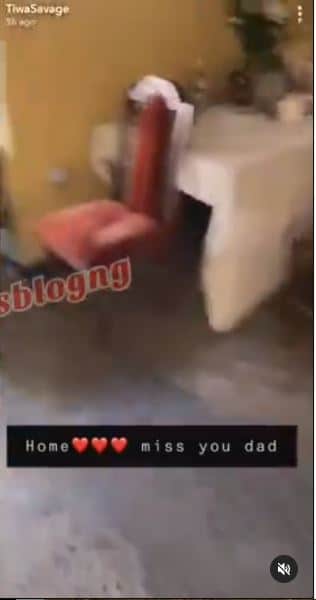