‘They invited only rappers that are worth it,’ Rapper CDQ knocks MI Abaga and others ranting about not being invited to hangout with Rick Ross

Sodiq Abubakar Yusuf, popularly known by his stage name CDQ, has slammed his colleague MI Abaga, YCEE and others fuming about not being invited to hangout with Rick Ross.

This is coming a few hours after MI Abaga, and YCEE took to the microblogging platform to vent their anger over what they termed as discrimination against Nigerian rappers.

MI Abaga said he had opted to see Rick Ross face to face when he was invited, but the organisers declined.

However, there is a need to respect each other, either afrobeat or hip-hop referencing how he was treated during his first gig in 2008 with Jay Z, Rihanna and Usher.

He wrote: Lot of rappers would have ate if they listened to me. Not every opinion is equal. That’s how I created the wave the first time!!! Every single time I gave them music I never cheated them.. I made classic after classic and am relentless still.. the guy is my best album yet coming soon! Classic.. give your best and the music will grow!

Lastly .. I was invited to meet Rick Ross.. I responded by saying if I could do it one on one. Ofcourse they declined.. the afrobeats industry will not respect Hiphop just because.. that’s fine. Let’s accept it as what it is and make GREAT MUSIC FOR THE ONES who do care.

My first big gig ever was in 2008 with Jay Z and Rihanna and Usher.. how I was treated that day taught me a valuable lesson.. them no go respect us.. until we respect ourselves.

Responding to MI Abaga and others, CDQ, in a post on the microblogging platform Twitter said most Nigerian rappers would get the invitation for the event but would instead be asking for something else.

According to CDQ, he was invited to the event by Belaire directly from America, and he’s sure they must have checked his catalogue from 2013 to date.

However, people should understand God’s grace irrespective of being a local or English rapper, adding that the organisers only invited rappers they felt were worth the event.

CDQ wrote: I’m sure most of us would get invitations to the event but would rather be asking for something else. And FYI I was invited to the event by Belaire directly from America and I’m sure they must have checked my catalog from 2013 till date cos I never asked for it.

So just know when God’s grace wants to locate u e no dey look wether u be iBiLe rapper or english rappest… So they invited the only Rapper they feel it’s worth it and that’s CDQ. Woss Alexa play me “Oobi by CDQ. 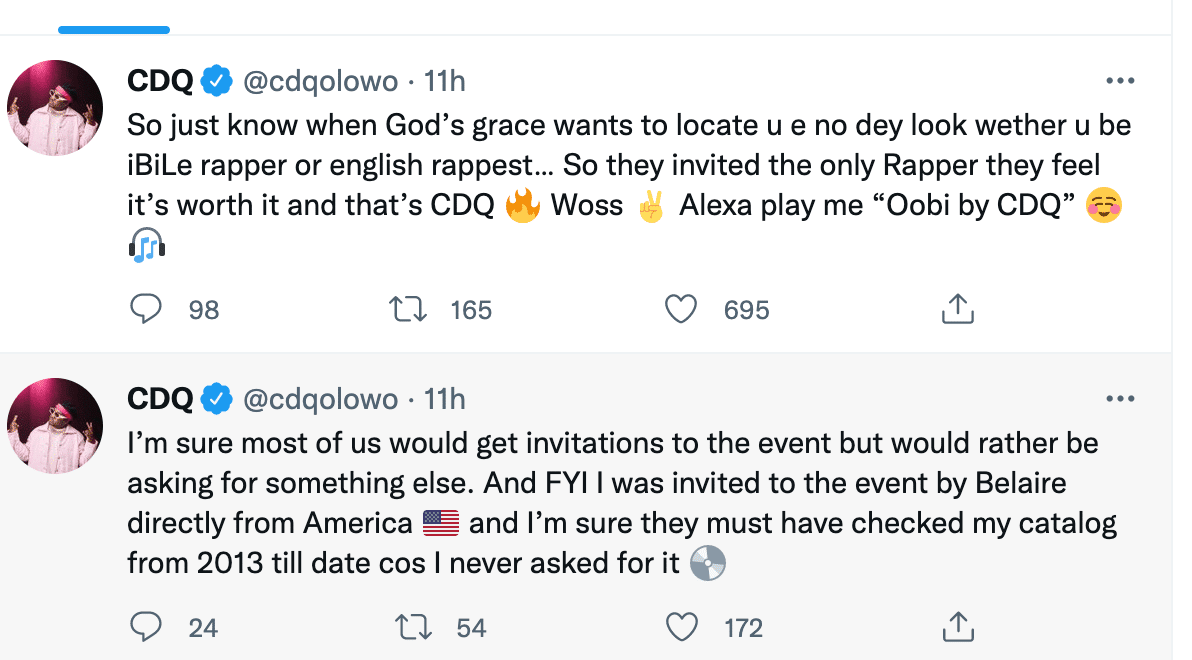 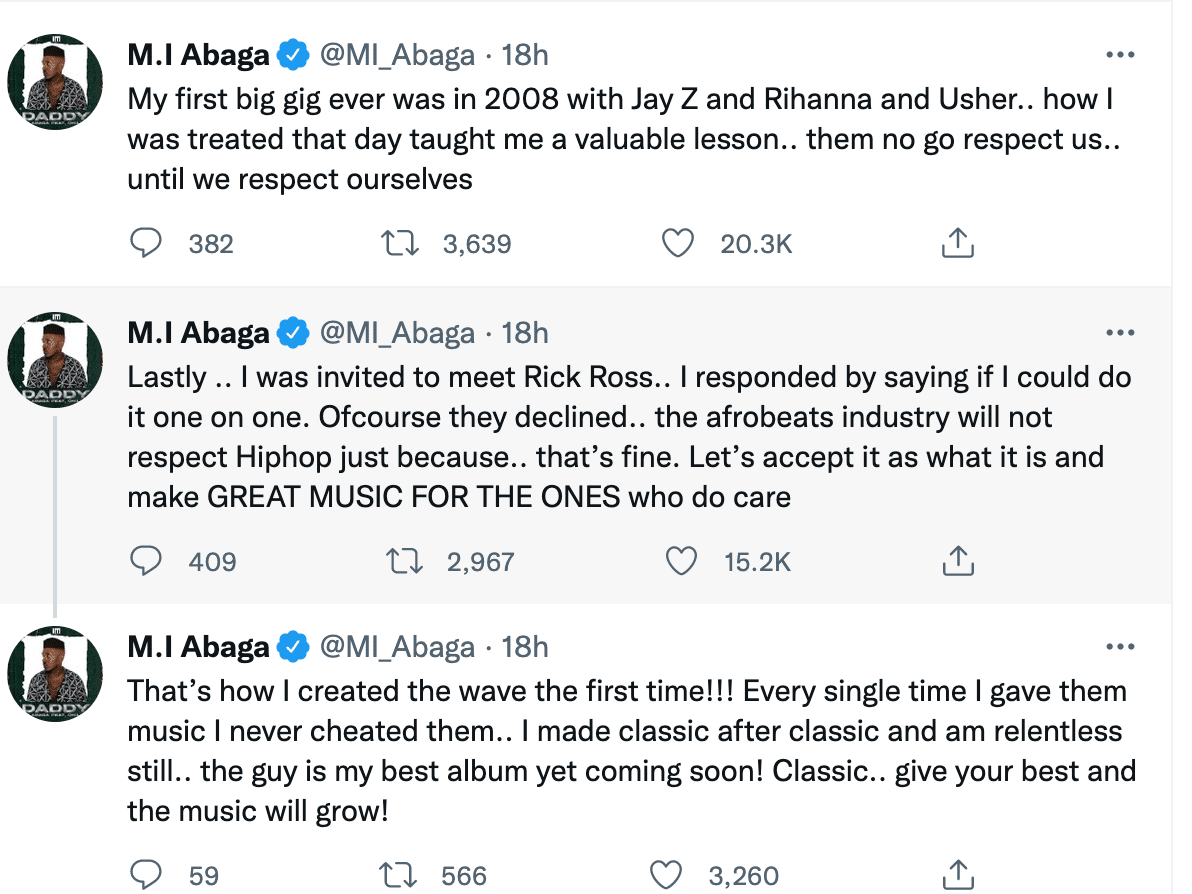