“This babe for still dey single if I didn’t marry her” – Nigerian man praises himself for marrying his wife | Naijabulletin
BREAKING
Published on: December 2, 2021

A Nigerian man has taken to social media to commend himself for getting married to his wife and his post has sparked mixed reactions online.

The father of one identified as @Moyosorecashogi on Twitter shared photos of himself and his wife and applauded himself for saving her from being single.

He wrote, “This babe for still deh single if I didn’t marry her …. we rise by lifting others.” 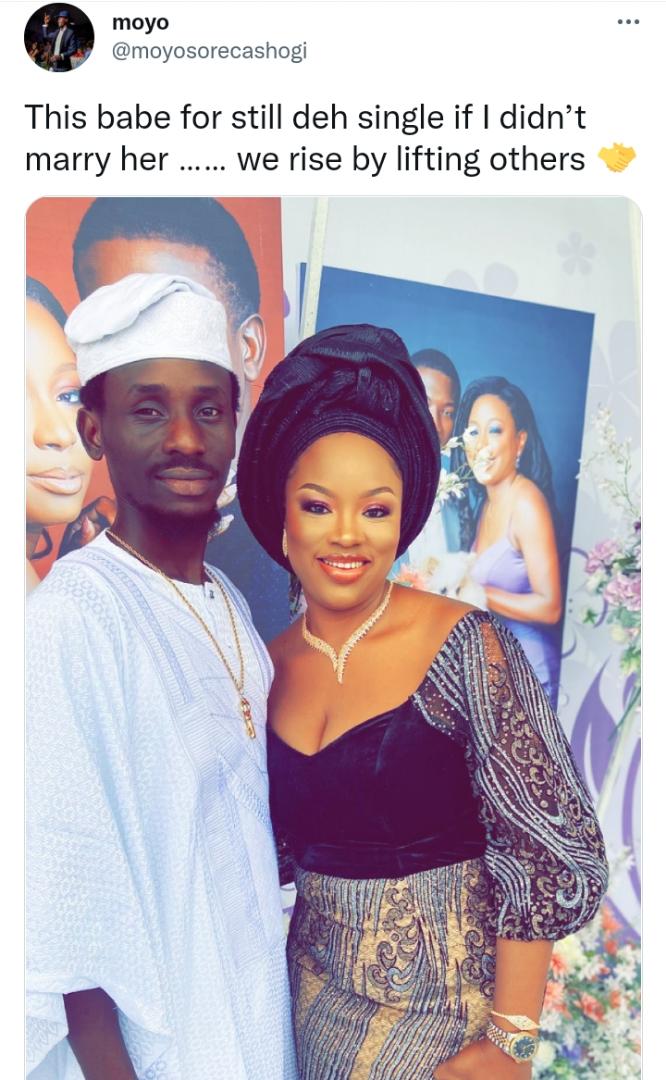 His post has garnered massive reactions on the microblogging platform as netizens shared the thoughts about his statement. 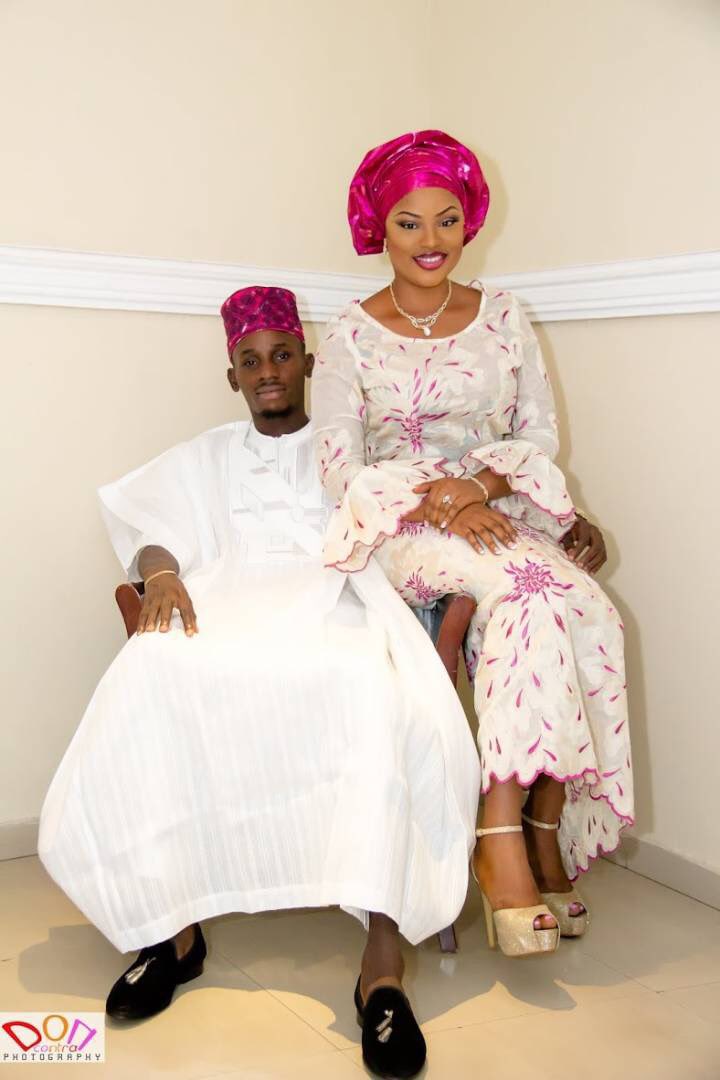 While some applauded him for landing a beautiful woman and asked for the pickup line he used to win his wife’s heart, others opined that it was his wife who did him a favour by marrying him. 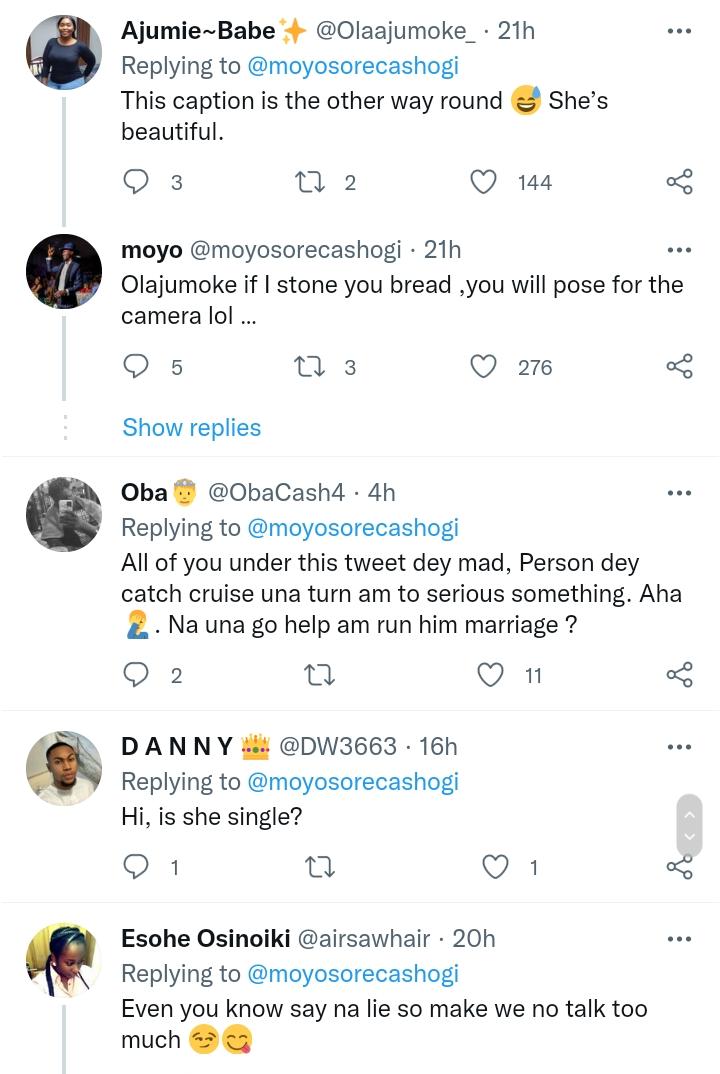 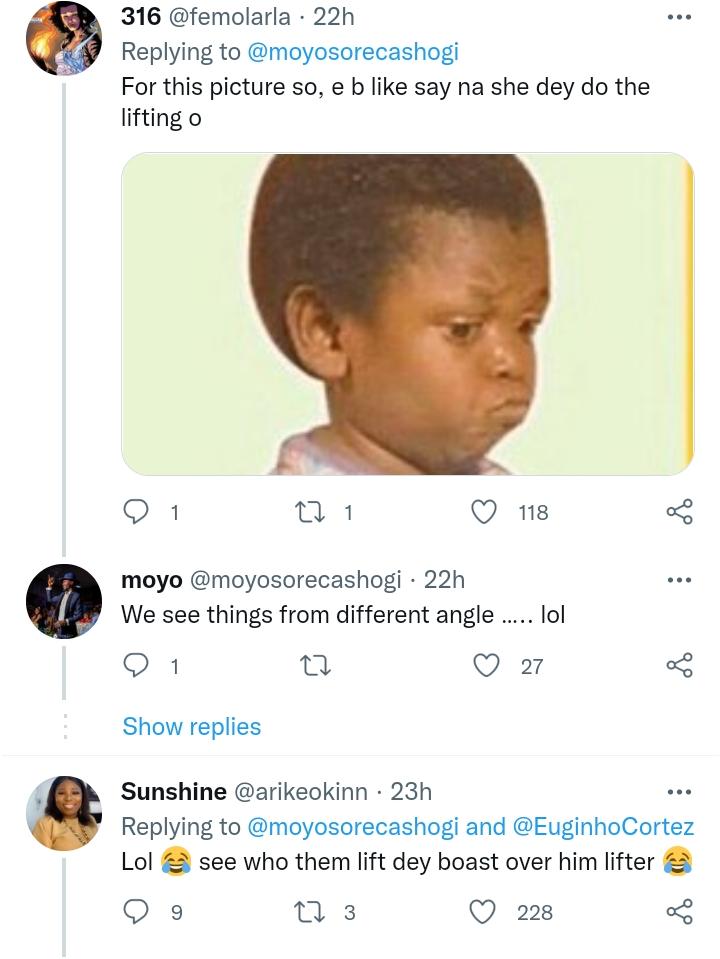 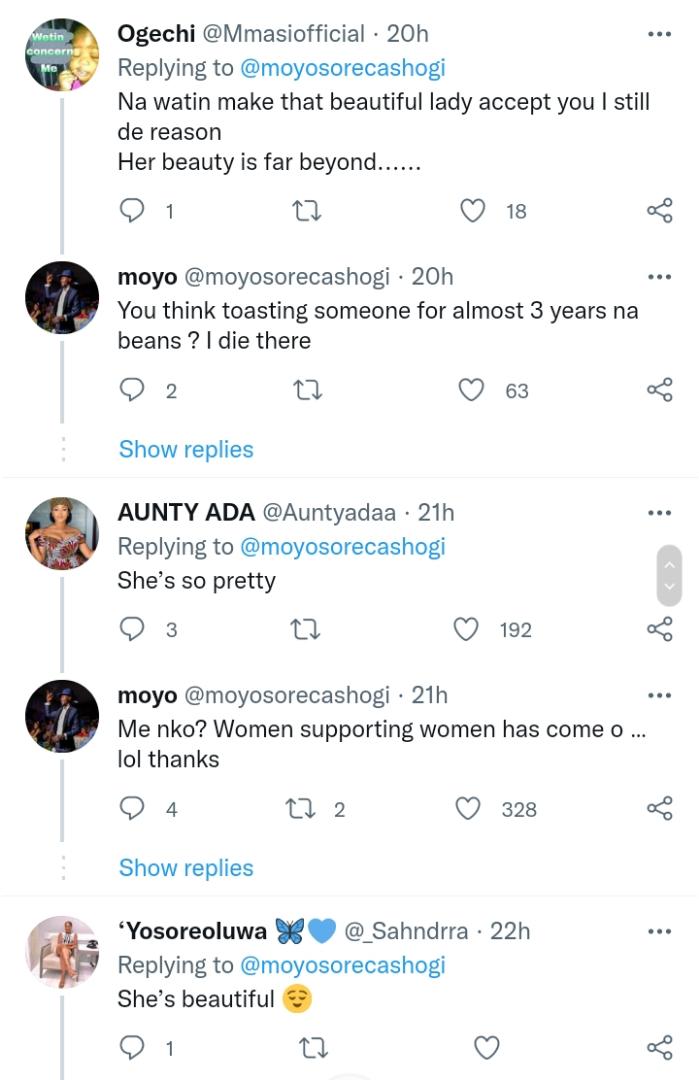 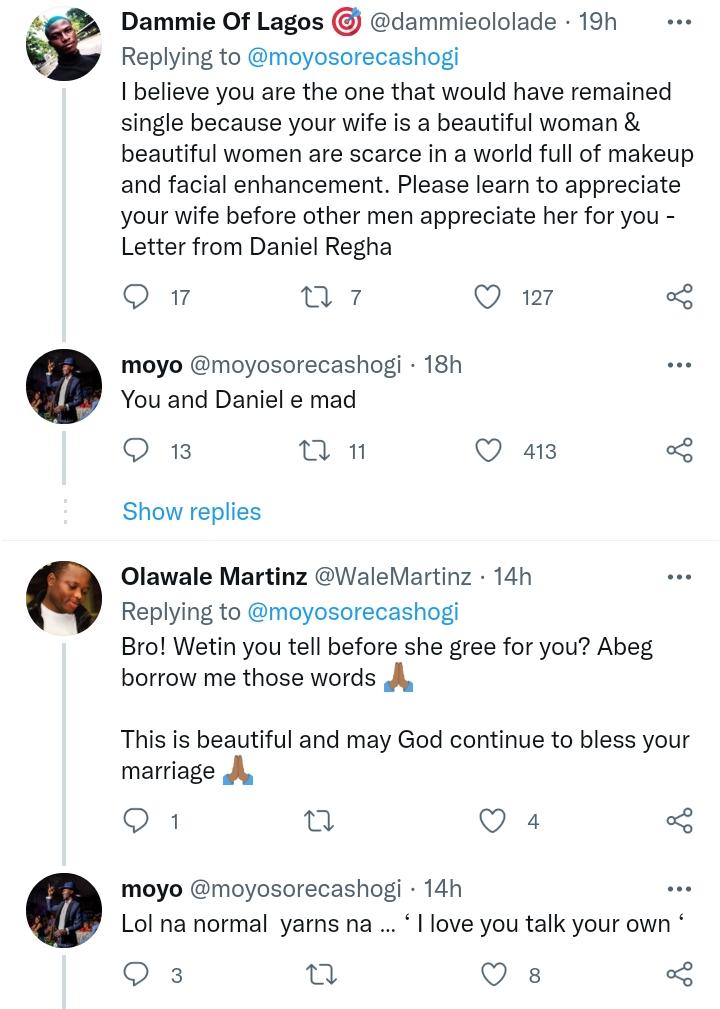 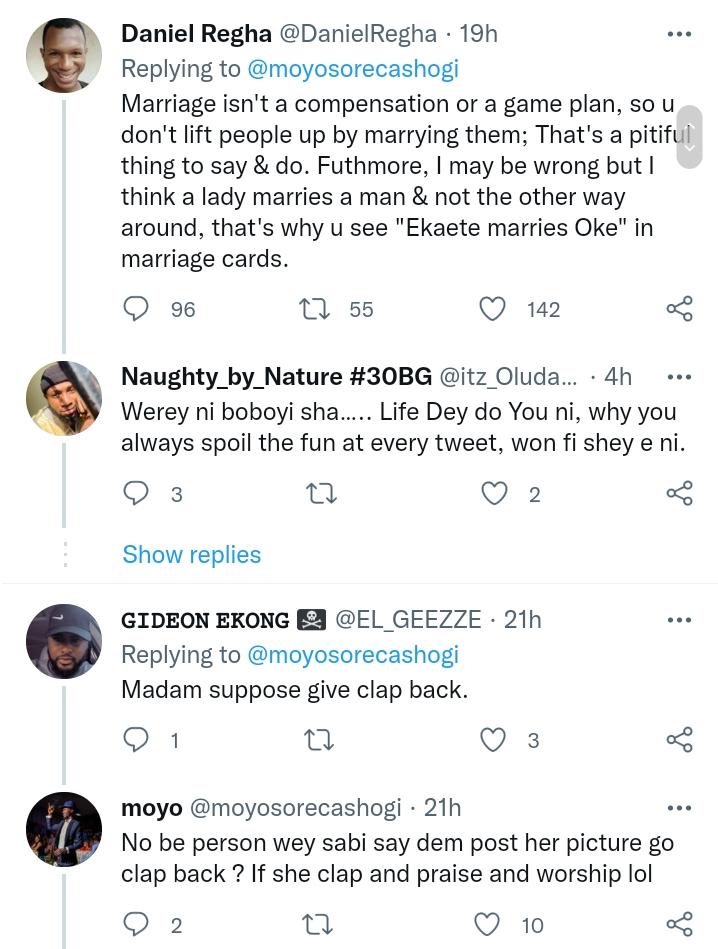 In other news, a young Nigerian man identified as Rey on Twitter is set to wed a lady he met on popular photo sharing app, Instagram.

Rey who took to micro-blogging platform, Twitter to give a detailed account of how it started, revealed he sent her a DM in 2019 asking that they get to know each other.

“Hii. Name’s Oba. I understand you probably don’t want DMs, but I’ve found myself stalking your profile countless times since yesterday and you’re really beautiful, a spec…hell, the spec. I’ll be elated if we could get to know each other”. His fist ever message to her reads.

Although she didn’t reply him until after 3 days, they bonded, started dating and would be walking down the aisle on Saturday, October 30th, 2021.

“You already have jet, so I’m not giving you shishi” – Note found inside church offering box