A leaked chat between Tonto Dikeh and a blogger has thrown more light into her failed relationship with ex, Prince Kpokpogri.

In the chat which was shared online by the blogger, Tonto Dikeh appreciated the blogger for revealing that her man, Prince was cheating on her.

Recall, some days ago, a voice note of Prince Kpokpogri badmouthing Tonto and applauding his side chick for her bed game, went viral.

Although Prince denied being the voice behind the voice note, Tonto has confirmed that he was actually cheating on her and badmouthing her.

READ ALSO:  ‘He has helped Nigerians m0re than Buhari’ – Reactions after a University graduate revealed how Davido funded his fees

Tonto Dikeh also revealed that she found out some other things about Prince Kpokpogri which are not really healthy for her. She however stated that she’s happy about the breakup.

READ ALSO:  Tonto Dikeh causes a stir on the internet with her new photos 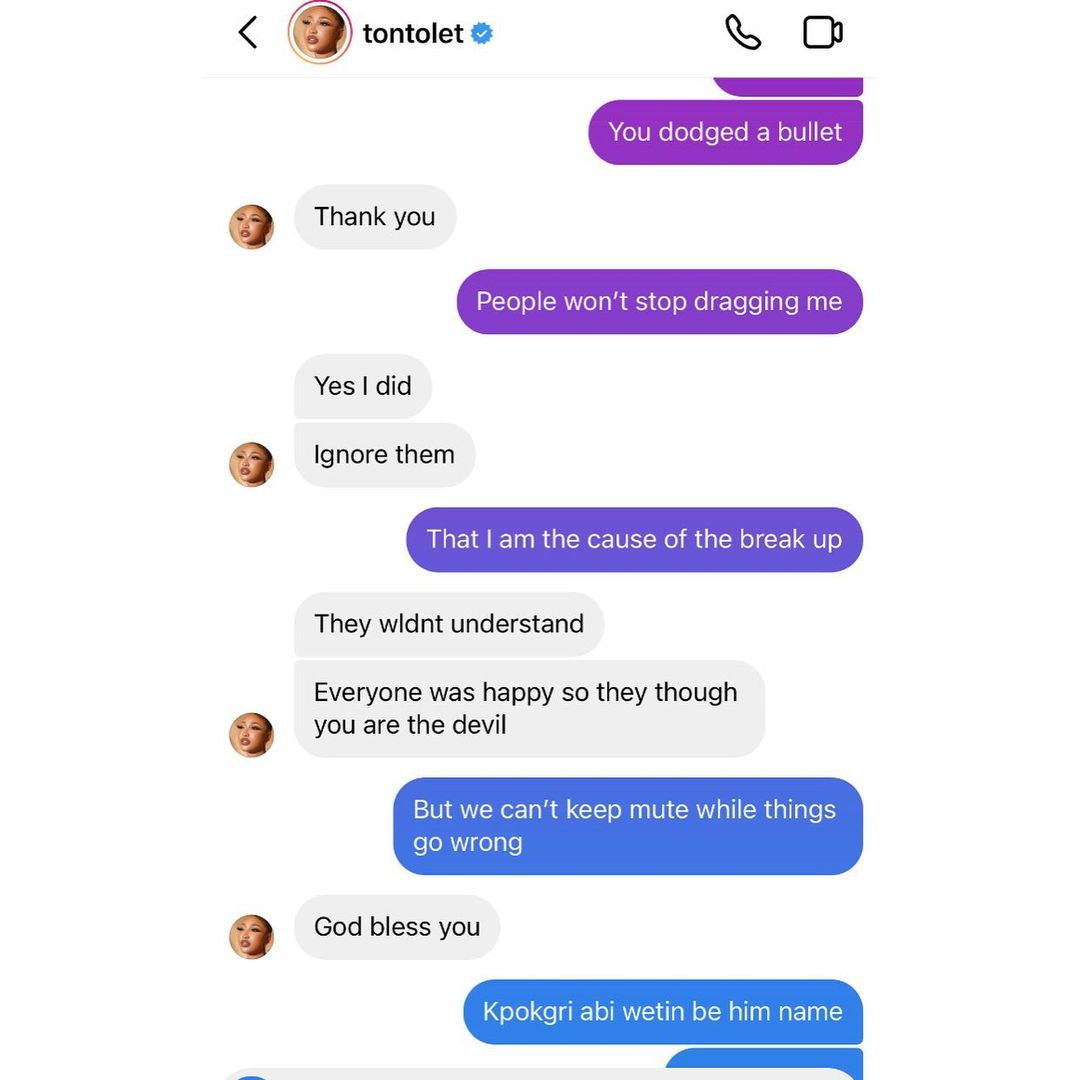 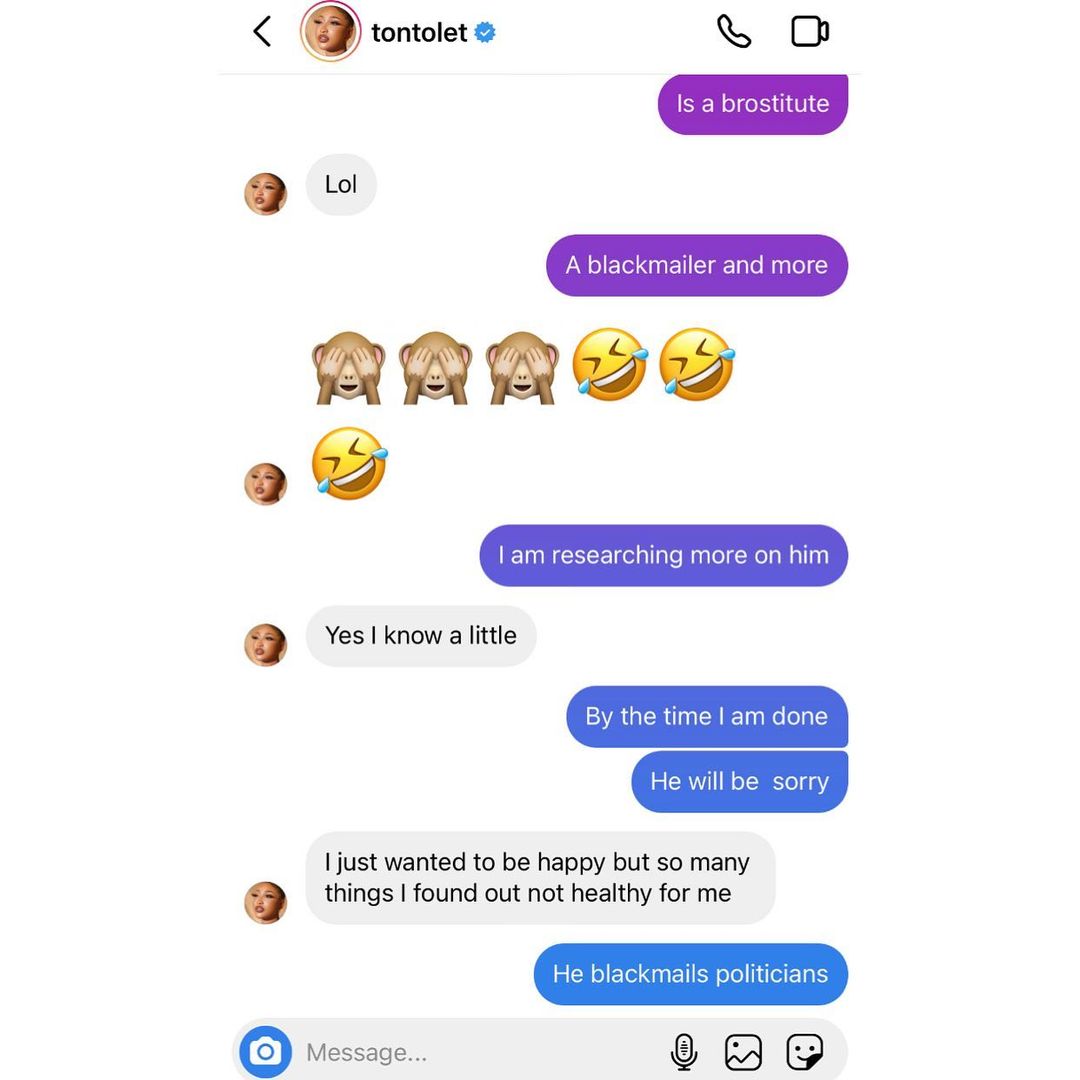 The audio has nothing to do with my recent break up’, Tonto Dikeh reacts to leaked audio of her begging ex-boyfriend