VIDEO: Actress Laide Bakare ridiculed as she strips to her underwear for a fun time with her sons » Naijabulletin
News

VIDEO: Actress Laide Bakare ridiculed as she strips to her underwear for a fun time with her sons

Nollywood actress, Laide Bakare has been dragged online for playing in the rain with her kids.

The actress who has been in the headlines for her controversial lifestyle was dragged was rocking a bra to play with her kids.

Laide had shared the video with the caption, “Try this again for the first time, after so many years thanks so much my kings for bringing back this child’s play again for my pleasure”.

aj_affiliate : Somebody should check on this woman please…This is getting out of hand

pearl_wellington2017 : So you have to try it with bra lasan. Oma ga ooo

i_am_opsy : Depression re enooo Haaa abi iru wetin be this

ayinke_quadri : This is part of the book I think Alhaja Alhaja with bra on IG palapala len Sha

News recalls more details of the different men that actress Laide Bakare had allegedly been involved with had surfaced online.

Popular Instagram blog, Gistlover had vowed to spill dirty secrets about Laide Bakare’s source of wealth and the different men she had been romantically involved with after the actress announced that she was releasing a book to clarify how she became self-made through hard work and not sleeping around as rumoured.

In reaction, the popular Instagram blog, Gistlover had spilled the names of some of them.

According to the faceless platform, Laide Bakare was once involved with Fuji Singer, KWAM 1 and was hoping she will become one of his wives but he dumped her after he got tired of her.

The blog wrote in parts “…..she knack K1 the ultimate then thinking that one go marry am too but Baba chop and clean mouth but use yeye song compensate her , young boys too nko, dido ni, she use to have one married man in ilupeju then, that one was a politician and always giving her money , another one Dey Mushin”

Spilling further, the platform alleged that Laide is now involved with NURTW chairman, MC Oluomo and singer 9ice and that MC Oluomo bought her luxurious vehicles of recent for her. 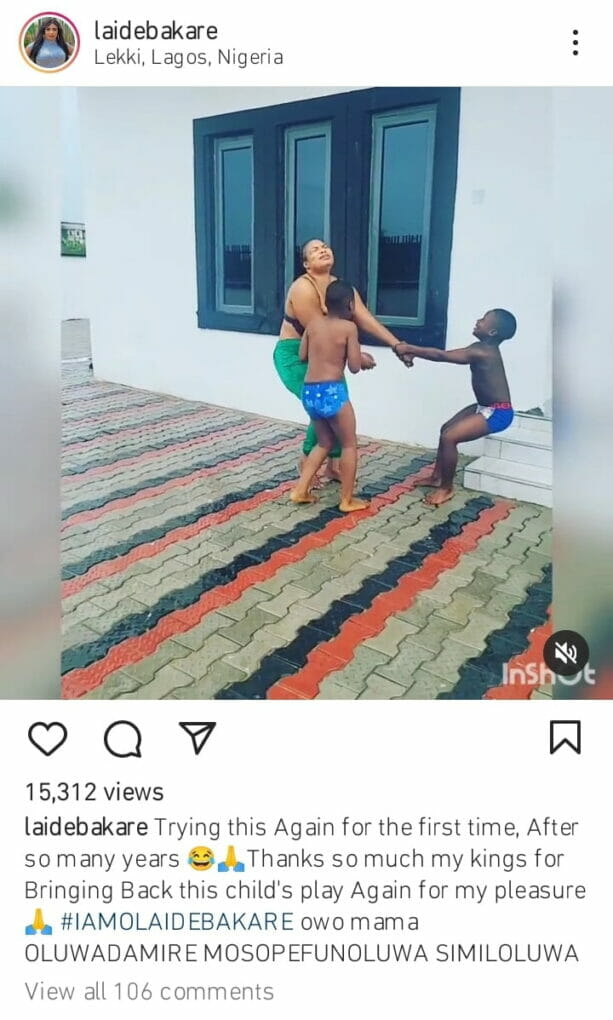